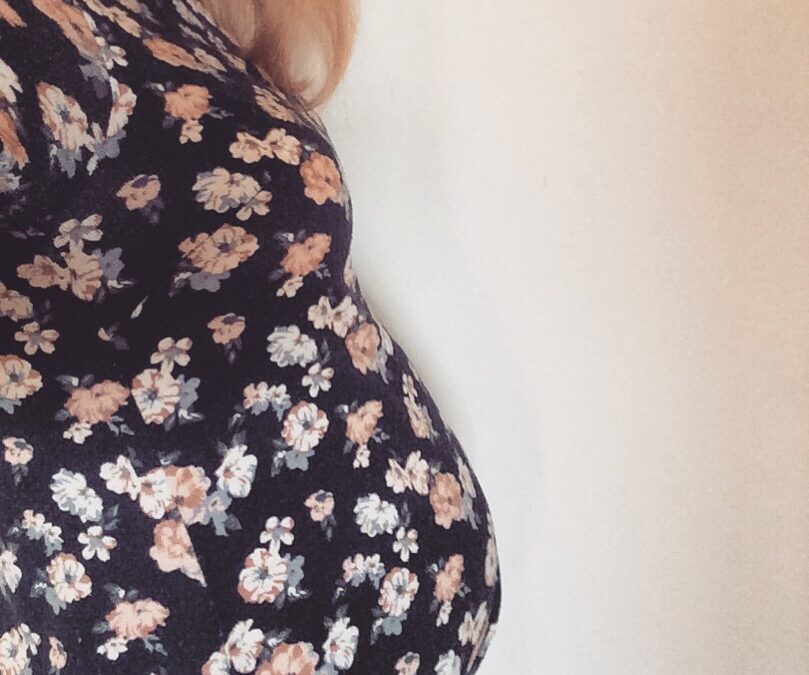 Today is the 20th February 2016, which means one thing: Pickle’s due date is exactly three months from now. It REALLY feels like it’s getting close, and I’m definitely no where near ready. Thankfully, there are a few events and things in the pipeline over the next couple of months which should make me feel a bit more prepared but with only 10 weeks left at work and 13 weeks til 20th May 2016, time is really running away from me. So here we have it, my 26 weeks update.

I’ve felt like a bit of a neglectful pregnancy parent this week. As you may have picked up if you follow me on Twitter or Instagram, our cat has been very poorly and he’s been getting all of my focus. He’s worried us sick and we’ve been back and forth to the vets so often that they’ve pretty much allocated us our own parking space. It looks as if poor Mouse, our gorgeous cat, has a heart problem which is causing fluid build up on his lungs. Thankfully, that fluid has been drained off and he’s on medication to stop it returning, so now it’s just a case of helping him recuperate and most importantly – eat! He’s really gone off his food so it’s been quite the battle trying to coax him with nice smelling, warmed up food as often as we can – and slowly, it appears to be working. Keep your fingers crossed – we’re not out of the woods yet.

Gorgeous Mouse snuggled up for a cuddle after having his medicine

That does mean that I feel like pregnancy has been put on the back burner. Most of the past 26 weeks, being pregnant has been the most important thing about me, but this week, it came second to Mouse. I don’t know why but I’m feeling a bit of guilt about that? It’s not like I’ve been chugging down the wine or been otherwise irresponsible, but I suppose Pickle just hasn’t been on my mind as much. It also doesn’t help that I feel like a horrendous cat-parent as we didn’t spot any signs that he was ill until he was REALLY ill. Apparently cats are very good at hiding illnesses, but still… I feel we should have noticed sooner. Mummy-guilt is so real, isn’t it, and I’m not even technically a Mummy yet!

Pickle is the size of… a bowling pin. Apparently. Still haven’t worked out if these size analogies are based on volume or length of the comparative object, but I’m definitely feeling – and seeing – more movements going on in there so there’s no doubt that Pickle is rapidly growing. I’ve been lucky to hear Pickle’s heartbeat a couple of times over the last few weeks (130BPM one week, followed by 150-160BPM the following week). Don’t think hearing that will ever get old!

I’m feeling… emotionally drained. The stress and worry of Mouse has really taken its toll this week. I’ve cried so much that I’m not ever sure my eyes will return to their pre-puffy state. I just have to stroke Mouse’s tiny, skinny body and my eyes fill with tears. Pickle keeps reminding me that he/she is in there but kicking lots and I’m finding that comforting at least. My appetite has really decreased (it often does when I’m feeling stressed about something) so I’m a little concerned that I’ve not been giving Pickle all the nutrients they need, but I’m sure it’ll be fine.

I’m craving… nothing, which is the problem. Hoping my appetite will return as Mouse’s does.

I’m worrying about… Time and money and Mouse. The vets bills are hitting us pretty hard and whilst money is no object when it comes to Mouse’s well-being, it does mean the bank accounts are suffering. Buying nursery furniture is DEFINITELY out of the question at the moment, as is anything that isn’t 100% necessary and urgent. I’ve three pay days left before Pickle’s due date, so there’s still plenty of time to get things in order. I’m also fuming as we haven’t yet received our deposit return back from when we moved out of our rented flat in December. It’s been two months now and that money would REALLY come in handy right now. I’ve been chasing the estate agents like crazy, but it’s another thing to add to the worry-list.

If only money grew on trees…

I’m missing… Mouse. I know he’s at home, but he’s not himself. I can only hope he’ll return to his former ways soon. I want him to be around for Pickle. I know cats and babies sometimes don’t mix, but I’ve got a feeling Mouse will be lovingly protective and kind towards a baby. We’ll see.

So a bit of a sad, worrisome post this one. But let’s put 26 weeks behind now, and focus on the things to come. I’ve got my first NCT antenatal class on Monday, and I’m heading to a Mothercare Expectant Parents event next week too. Sadly, LPD is away on a skiing trip so he’s missing out on both but will have to make sure I write up a good blog post for each one so I remember all the details for him!