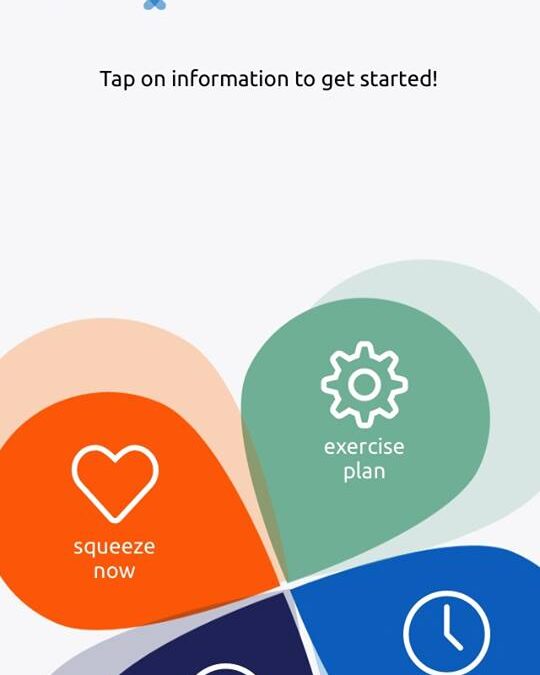 Before I was pregnant, I’d heard of this mysterious pelvic floor but could hand on heart say I wasn’t entirely sure what it was, how to exercise it or why I should. Since becoming pregnant, it’s definitely something that keeps hitting my radar and I want to learn more about and become a bit more proactive about doing pelvic floor exercises. Hence this blog post.

I also had a bit of a scare talking to my friend who had suffered from a pelvic organ prolapse after the birth of her little boy and she’s had quite a medical journey ever since trying to sort it out. The idea of my bladder falling out of my va-jayjay is not something that bears thinking about. In her case, her son’s head circumference was huge which is what caused the problem. If you think logically, once you’re 10cm dilated, you can handle a head circumference of 10xπ – approximately 31.4cm if my GCSE Maths serves me correctly. But if your baby’s head is bigger than this? It can cause you problems and stretch things further than they’re meant to stretch meaning some of your other organs can fall where they’re not meant to.  Doesn’t sound nice, does it? Prevention is better than cure, as they say, so let’s figure this out.

The pelvic floor muscles are located between your legs, and run from your pubic bone at the front to the base of your spine at the back. They are shaped like a sling and hold your pelvic organs (uterus, vagina, bowel and bladder) in place.

They’re the muscles you contract if you try to stop weeing mid-flow. Although, be warned against doing that as an exercise technique – your bladder might not thank you for it.

The reason for exercising them during pregnancy, is to get them nice and strong so that they can better handle the stretch of labour. It also ensures you don’t accidentally wee yourself whenever you cough, sneeze or strain which is always best avoided.

Here’s some advice from the NHS on how to exercise your pelvic floor:

How to do pelvic floor exercises:

A helpful diagram from The Pilates Pod (http://www.thepilatespod.co.uk/blog)

I’ve also found a handy app called Squeezy, which has been created by health professionals specialising in pelvic health. It’s available to download from the iPhone App store and Google play. I think I paid £2.99 to purchase it, but I’m hoping that’s a small price to pay to preserve my nether regions.

Squeezy – an app to help with pelvic floor exericses

So, who’s joining me? Doing my pelvic floor exercises is my New Year’s Resolution and I really want to stick at it. Let’s set those exercise reminders and prepare ourselves for birth and beyond.