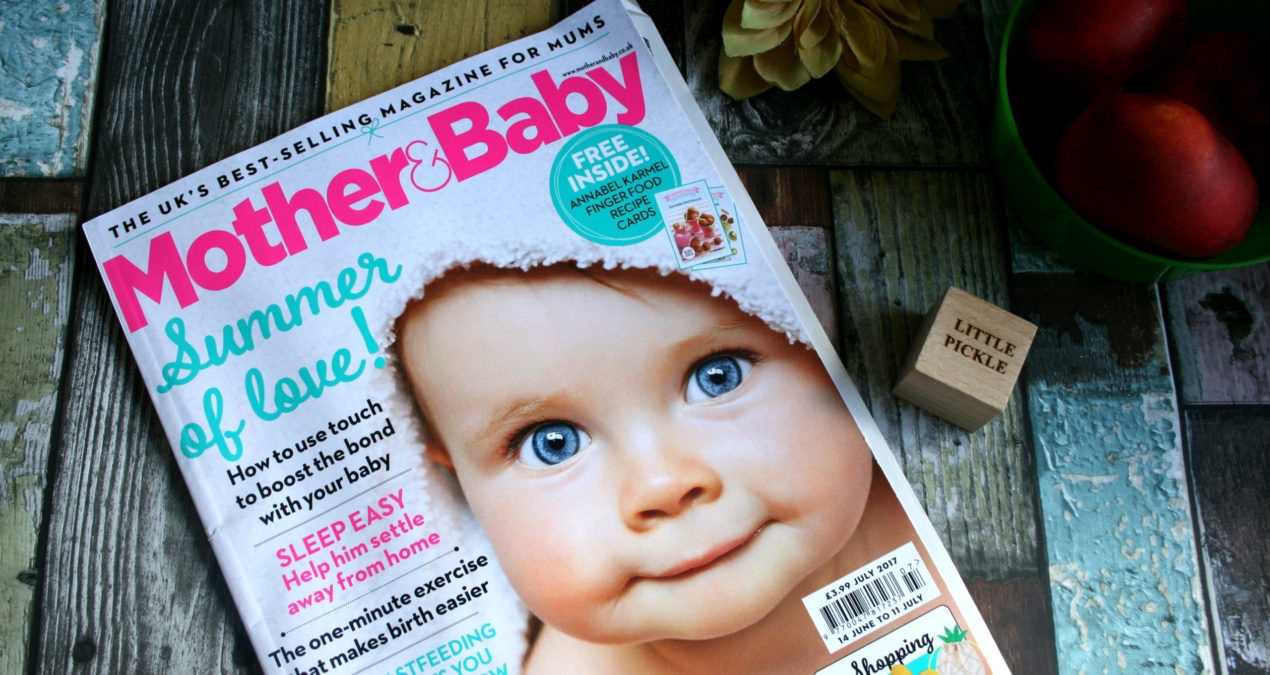 Sports Day, The Orangery and Bouncing on the Trampoline #LittleLoves

This post is two days late as I was hoping to get it up on Friday but… Pickle has been a right monkey this week and despite a wonderful 7pm bedtime on Thursday night, he’s made up for it by refusing to sleep until REALLY late the other nights. Last night he would have stayed up later than us I think if we’d have let him! His routine has been pretty all over the shop what with one thing or another so I’m hoping now things have calmed down a bit that we can start getting back to normal. Although, with a busy couple of weeks coming up – this may be easier said than done!

I really need to start taking note of the interesting things I read as whenever it comes to writing this section, I can’t remember what I’ve read. 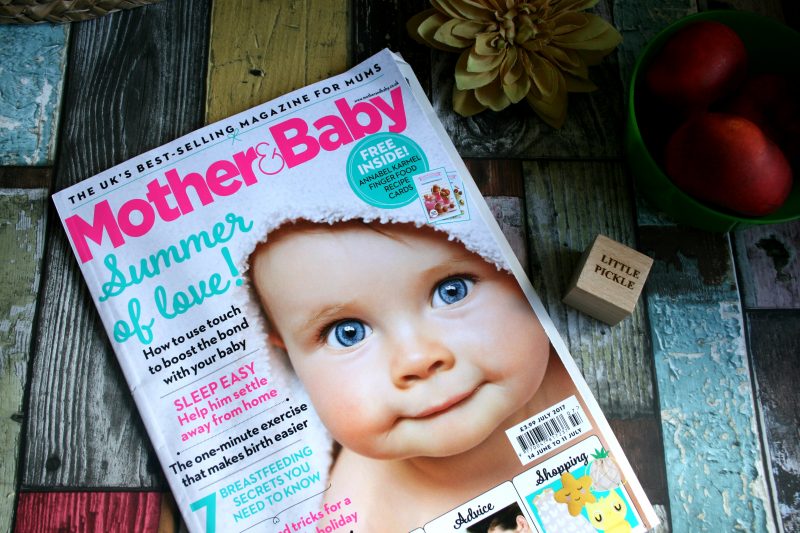 I have spent a bit of time reading Mother & Baby magazine this week though – mainly because Pickle and I are in it! We tested out six different Group 1,2,3 car seats for them in the space of two weeks which was a bit crazy  but now I’m a car seat installing guru. I’ve probably read more instruction manuals than most people read in a lifetime. The magazine is only out for a couple more days so go out and grab a copy or download it to see what we thought!

A LOT of Sport! I’m not much of a sport spectator usually – LPD and I enjoy watching the odd game of rugby, and I can get quickly drawn in when the Olympics are on but it’s not much of a regular thing in our house. But this week has been a bit sports mad.

Firstly, I’ve been watching Wimbledon. I was never really much of a Wimbledon watcher – mainly because being at work made it quite difficult to watch the matches live and although I liked to hear how the British tennis competitors were getting on, I wouldn’t make much of an effort to watch them. But last year, when I spent July pretty much glued to the sofa either petrified to move for fear of waking up a sleeping Pickle or with my boob out in the middle of a cluster feeding marathon, I really got into it! And the bonus? When Pickle was awake – he quite liked watching it too! Must be something about the bright colours and fast movement.

On Friday, I had a last minute invitation to go and see my foster brother’s Sports Day. AND I’M SO GLAD I DID. The school did such a good job in making it fun and competitive, about individual achievement as well as team spirited – not an easy thing to do. And my foster brother was a little super star! I really enjoyed watching all the different types of competitors: the kids desperate to win, the kids having a whale of a time, the kids who kept going even when they were way behind, and my favourite lad who obviously hated the whole thing and clenched his fists whilst marching the whole way down the track!

It was also really interesting to see what life might be like a bit further down the line. If we stay living where we are, that school will most likely be the primary school that Pickle goes to. And so far, my impressions of it are really positive! Which bodes well!

Oh, and for anyone who read my last #LittleLoves post: I HAVE NOW WATCHED MOANA! Goes without saying: loved it.

I’ve not really come across any new music this last fortnight, but I’ve enjoyed listening a little bit more to Radio 2. I made the switch from Radio 1 to Radio 2 a couple of years ago and I’ve never looked back! I love the mix of music across many decades and I’ve grown very fond of the different DJs, and their quirks. Ken Bruce seems to be the one I listen to the most these days – he’s always on as we’re driving to swimming or Rhythm Time.

On this note, does anyone know if there’s an app I can use on Playstation to listen to the radio through our TV? Or is it worth investing in a little radio for our lounge? I only ever listen to the radio in the car and would love it on in the house more!

When I was looking after my foster brothers last week, I had to be a bit more regimented in cooking dinner in a timely fashion every night. Although we usually do all eat together in our house, if we’re running a bit behind we sometimes give Pickle a quick dinner and cook for ourselves later. Cooking in a kitchen that is not your own takes some getting used to! The first night it took me three times longer than usual to cook spaghetti bolognese – mainly because I didn’t know where things were. Sorry Mom, but you have a really weird way of organising your food cupboards!

I was left a bit stumped on the Sunday night (my last night looking after them) as I was planning on taking the boys to McDonalds for a ‘treat’. I’d obviously argue that a lovingly home-cooked meal should be counted more a ‘treat’ than a pile of processed fried food but you know… home cooked food doesn’t have a multi million pound brain-washing marketing campaign behind it and a plastic wrapped ‘free’ toy. But, my brother ended up taking the lads on a spontaneous lunch trip to Maccies before he took them for an afternoon out (even though they’d JUST had lunch at home) and with the shops shut, and little food in the house, I was stuck for dinner. 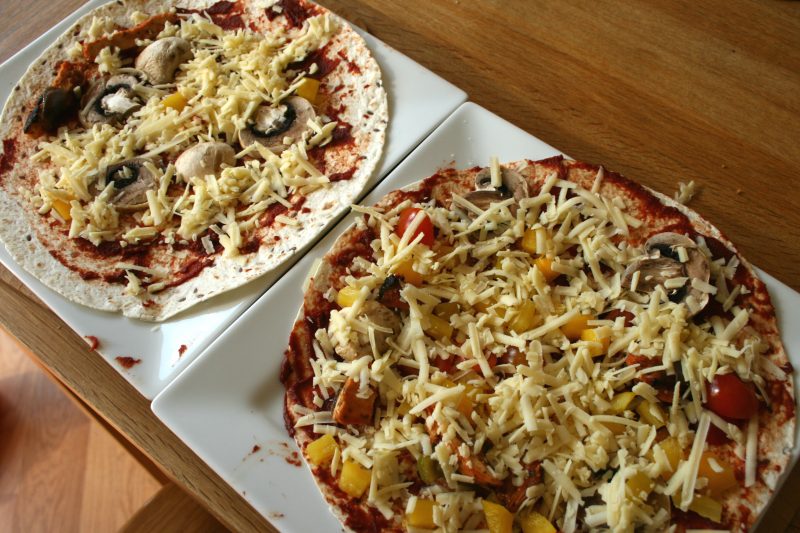 To the rescue came one of my lovely NCT Mummy friends (I messaged the girls for their quick and easy recipe ideas as I’d been quite looking forward to a night off from the kitchen and couldn’t be bothered to do anything that required too much hard work!). She suggested tortilla pizzas which went down a treat. I let the lads put their own toppings on and I have to say, they tasted much better than I thought they would.

I have a wardrobe full of pretty floral dresses that I don’t get much chance to wear anymore. I’ve found dresses aren’t really that compatible with scrabbling around on the floor with a mucky toddler. But this weekend, I took the opportunity to rock one of my favourite Emily & Fin dresses to go out for brunch with my friend Katie. It was her birthday this week and what better way to celebrate my Canadian bestie than eating sausage, bacon and egg pancakes with a generous swirl of Canadian Maple Syrup! 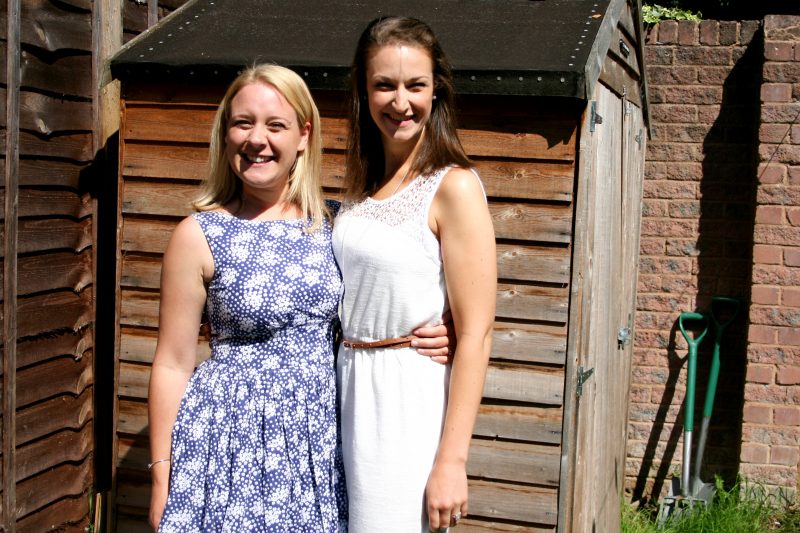 We went to The Orangery in Ipsley, the restaurant at The Old Rectory Hotel. I’ve had my eye on going for a while so this was the perfect excuse and I absolutely loved it. It felt like being on holiday – such a hidden gem. We used to live round the corner from it which would have been perfect for a summer evening of cocktails in their pretty garden before strolling home. I suppose it’s still not a million miles away from where we are now but more of a bike ride than a walk!

A pre-birthday BBQ last weekend, a nice cuppa on her actual birthday and a celebratory brunch today – I’ve had LOTS of fun spoiling my friend Katie for her birthday. We went to @theorangeryipsley and it was DIVINE! I think I’ve found my new favourite place. Beautifully decorated, with a garden I could sit in all day and delicious food served with a glass of fizz – what more could you want? A game of croquet? Well, go on then! Already planning an evening of cocktails to make the most of this hidden gem on our doorstep.

It wouldn’t be right to talk about the things we’ve loved this fortnight without mentioning the trampoline at my parents’ house! Pickle absolutely loved running around on it whilst we were staying there, and seeing how much he was enjoying himself was so heart warming. His little laugh! It gets me every time. 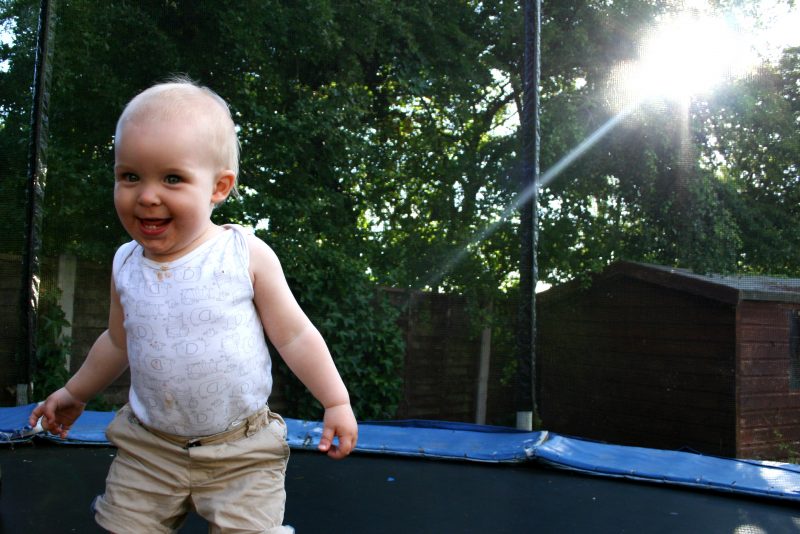 I have no idea what the three of them were doing in this next photo, but it makes me laugh each time I look at it! I will write about my experience of having three for a week more at some point… but as a little insight into what life what might be like in the future – it hasn’t really put me off having more children so that’s got to be a good thing! And I quite enjoyed the school run. I’m sure time will fly by and before I know it, I’ll be doing it for real with Pickle. I can’t imagine it. 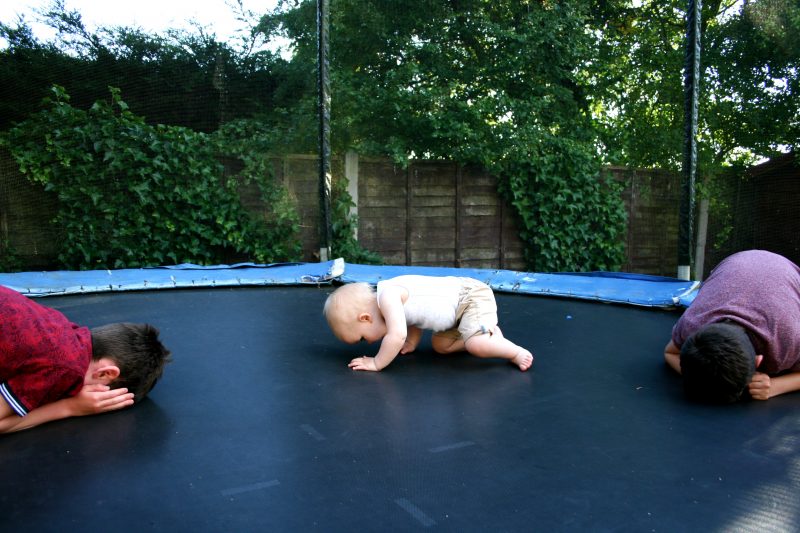 Disclaimer: this post may include Amazon Affiliate links (signalled with a *). If you decide to purchase, it doesn’t affect the price you pay at all but means I receive a small financial incentive.
#LittleLoves
Share :

Taking a Toddler to the National Sea Life Centre, Birmingham