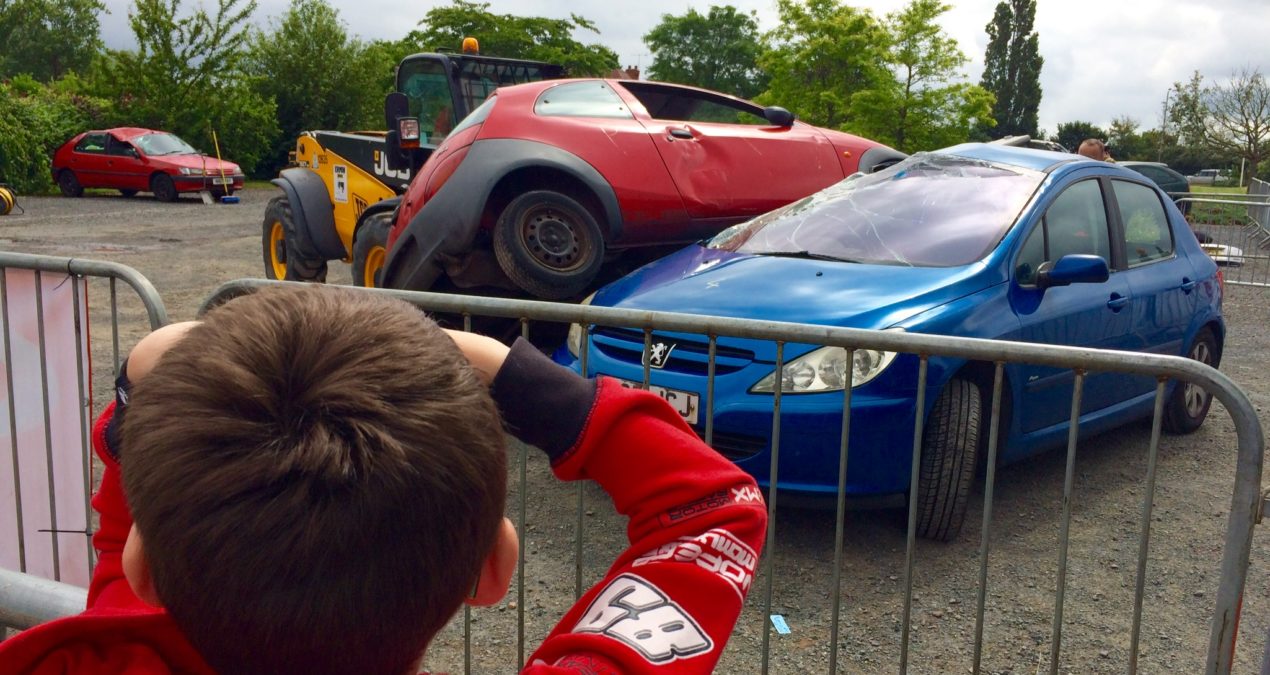 I’ve written about some pretty mundane things for my The Ordinary Moments posts (which is, obviously, the whole point!). How I managed to write about our dining room table for so long is absolutely beyond me but this week feels like the complete opposite. This week, it feels more like the extraordinary moments. There’s certainly been nothing ordinary about this week at all.

If you haven’t spotted my most recent social media posts, this week I’ve been catapulted into the world of three-children. No, I haven’t had a surprise set of twins (goodness, that WOULD be a surprise), but rather I volunteered to look after the two boys my parents foster whilst they go on a much needed holiday for just over a week. And I totally get how needed that holiday is now… 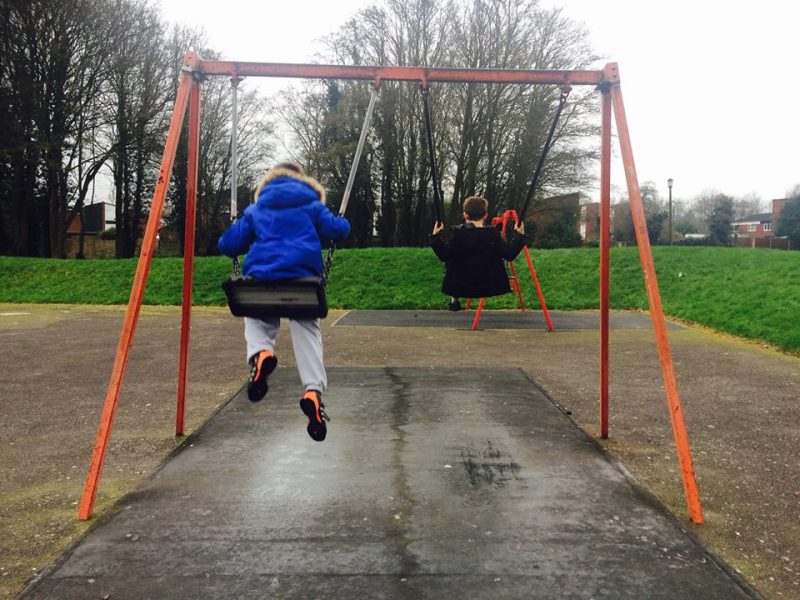 I feel like I should say what a shock to the system it’s been but, in all honesty, it hasn’t been. The first morning of doing the school run I was so pleasantly surprised! I felt sure I must have missed something as it went really smoothly. No mad rush. Time for a leisurely breakfast and a hot cup of tea – that’s not normal, is it? The boys are really well behaved: you don’t have to ask them twice to do anything (except maybe washing their hair in the shower… I did have to send one of them back to have a second shower when he came back down still with greasy hair!), they go to bed nicely and even the sibling bickering isn’t too bad. This probably gives me a bit of a false idea of what it might be like to have three of my own in the future…!

Scarily real demonstrations of just what happens at the scene of a fire brigade extraction. We watched different teams compete at a fire and rescue challenge today. Honestly, it gave me even more respect for the job they do. To see it in action was incredible. We also watched my friend pretend to be electrocuted (⚡️⚡️⚡️) and I almost cried again when she went into (pretend) cardiac arrest. And the boys got to try out escaping from a smoke filled room too! Topped off with a bit of a browse around the tents on sale. Pickle was a proper grouch but he has been all week… it’s difficult to let him just nap when he wants to and needs to when you’re juggling the schedule of a larger family.

What it has confirmed to me though, is how much of my usual day to day routine is dictated by Pickle – ordinarily, I go by his schedule. If he needs to nap, he naps. For as long as he needs to. I’ll happily spend an hour feeding him lunch, letting him take his time and explore his food. His bed time is sometimes all over the place time wise depending on when his last nap was. And whilst I’ve just got him and nothing else (no job timings, nursery pick up times or other children), it works. But you just can’t do that with three children. He’s just had to slot in (literally… he’s spent so much time in the highchair and pushchair this week!), and we’re both not used to that. He’s definitely been a bit of a grouch this week, but I can’t really blame him. 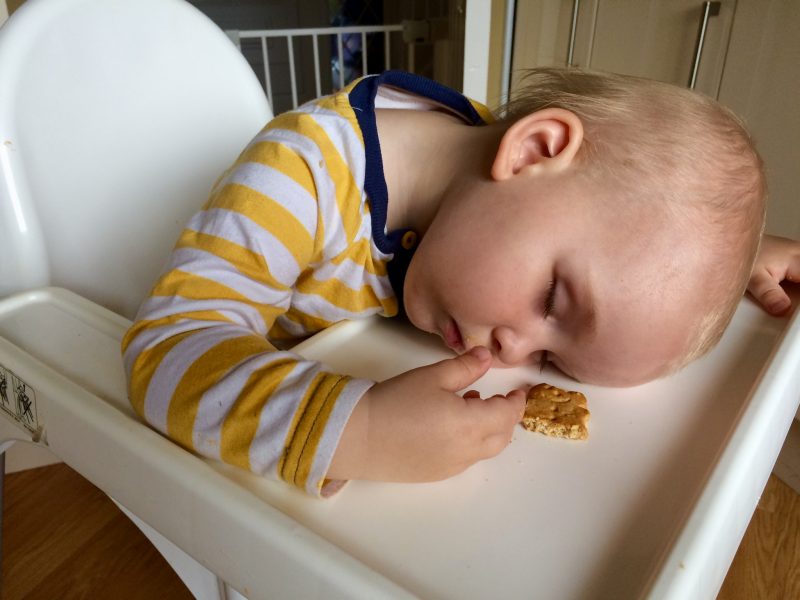 Poor Pickle! He fell asleep in his highchair one night whilst I was cooking dinner.

Today is my last full day. My parents return in the afternoon tomorrow, and although it’s been a nice (if not relentless) week, I’ll definitely be looking forward to returning home. Next week will feel so quiet in comparison. It sounds silly but I’m just not used to the noise levels of a busier household! With my own three brothers here too, there’s always someone coming and going, the washing machine is CONSTANTLY on and I still haven’t distinguished between the various electronic beeps that seem to go off on a frequent basis – dishwasher, microwave, tumble-dryer… your guess is as good as mine! On the whole, it’s been nice to spend more time with my own brothers. But I definitely do not miss sibling politics and arguments. Maybe the less said about that, the better…

Right, now to enjoy (enjoy?!) this last day and eagerly await LPD’s return this evening (he’s been on a stag do all weekend!). The end is in sight.

There’s no such thing as Normal