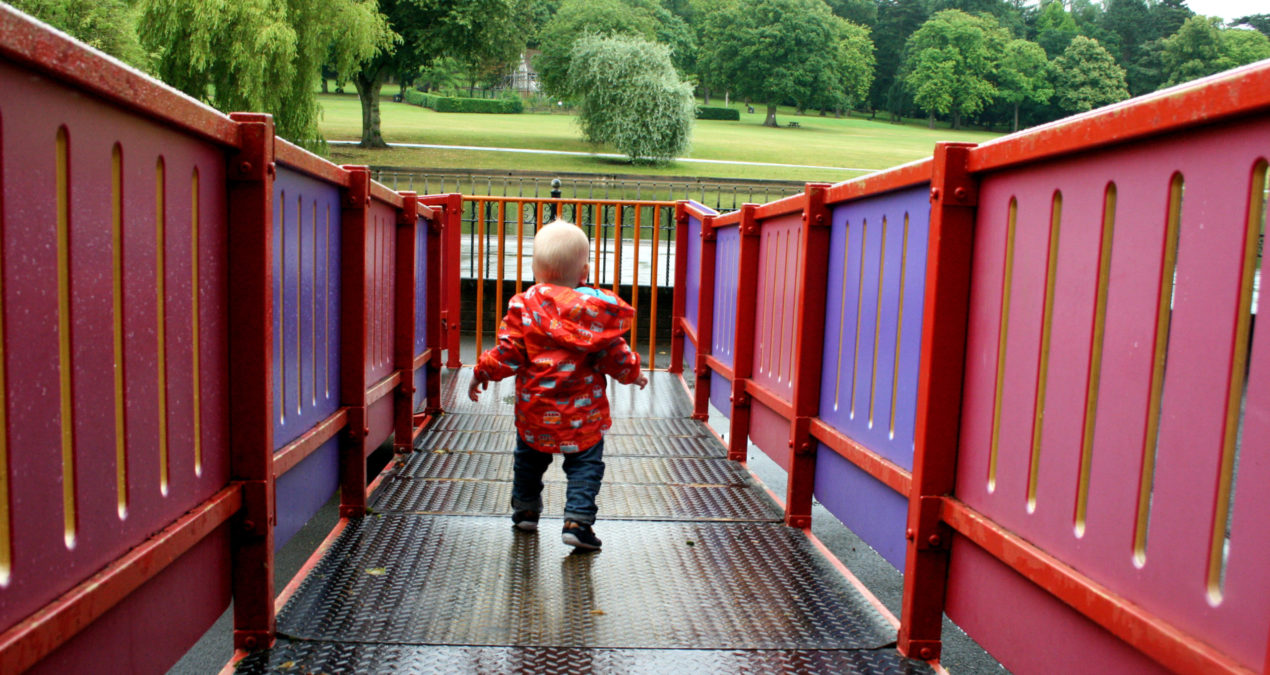 The Ordinary Moments – Park in the Rain

Earlier this week, Pickle and I headed over to Cannon Hill Park to meet Iggle Piggle and Upsy Daisy. The In The Night Garden Live Showdome has set up camp there for the next couple of weeks and we were getting ourselves acquainted with the place ahead of seeing the show itself on Monday. I had such great plans for a day out – a picnic in the park and letting Pickle have a good run around, but typically… it was raining. We took shelter in mac Birmingham and enjoyed a lunch and drink in there instead and even though it was still a little drizzly on the walk back to the car, I couldn’t resist letting him have a little play on the park in the rain. We had it all to ourselves, and he was so happy to run up and down the climbing frame. It’s the perfect thing to write about for this week’s The Ordinary Moments. 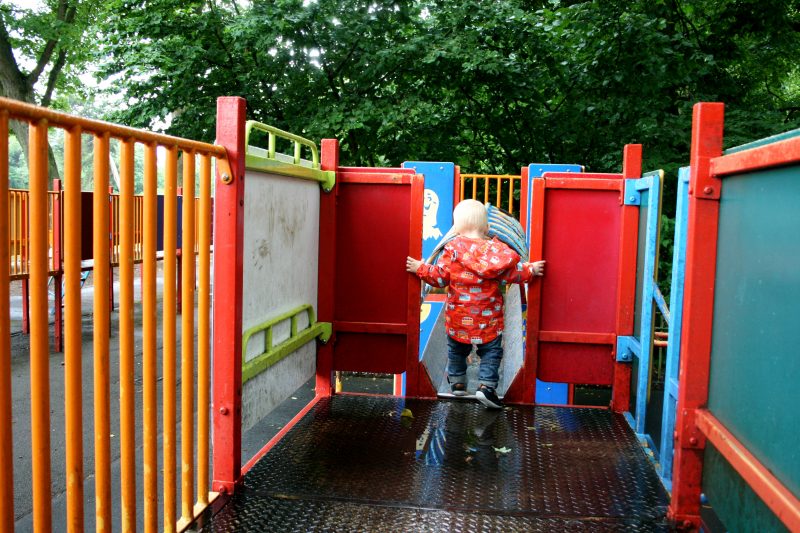 I wonder if this park has been designed with wheelchairs in mind as the ‘climbing frame’ has a long ramp that you can use to get up on it and the platforms are unusually wide? Whether it was or not, it meant that it was perfect for Pickle, because even though he can just about climb up ladders now, I felt MUCH happier letting him run up the ramps instead. 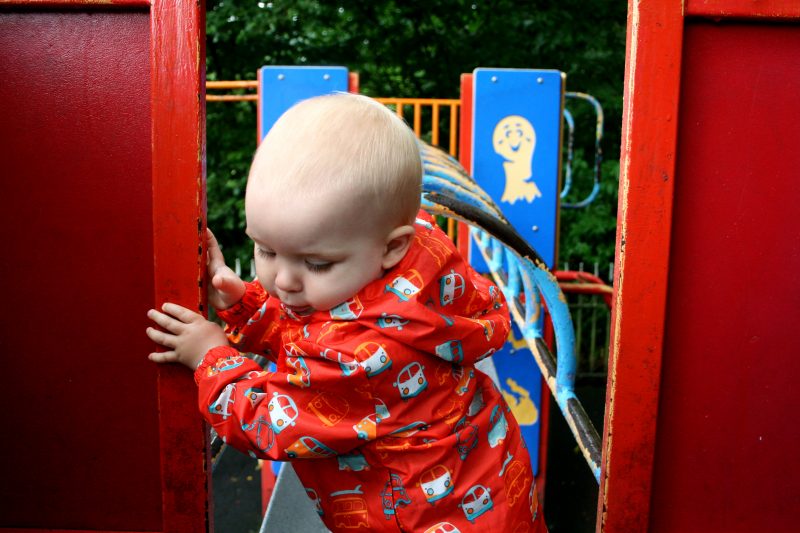 Without looking neglectful or letting him really hurt himself, I like to try and give him the space and freedom to explore the park by himself. I’ve said it before, but he’s a fairly robust child so if he does lose his balance and topple over, he just bounces back up again! I’m only ever a couple of steps behind him (it’s not like I’m sat on a bench checking out Facebook or anything) but hearing him giggle as he explored was the best sound. I couldn’t believe how much fun he was having just running up and down a ramp! Isn’t it weird the things they find amusing? 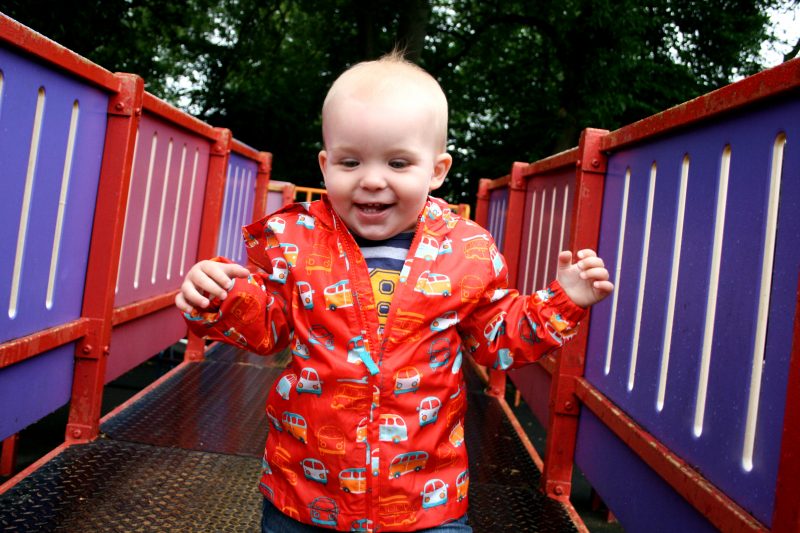 This lovely little rain jacket was from Asda – and it’s already come in handy a few times since I bought it. It’s nice to have a fairly lightweight coat that keeps the water off but isn’t too warm to wear. I can’t find this exact one on their website, but they do have a cool planet and dinosaur print one which looks pretty ace! 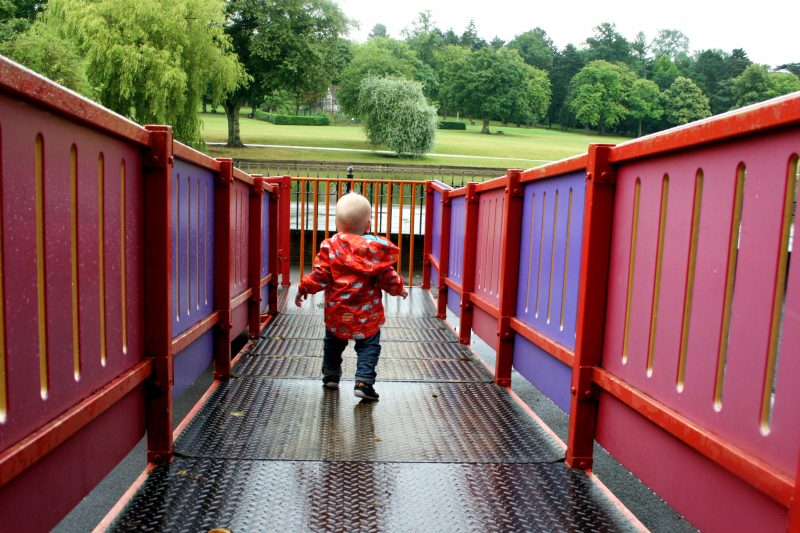 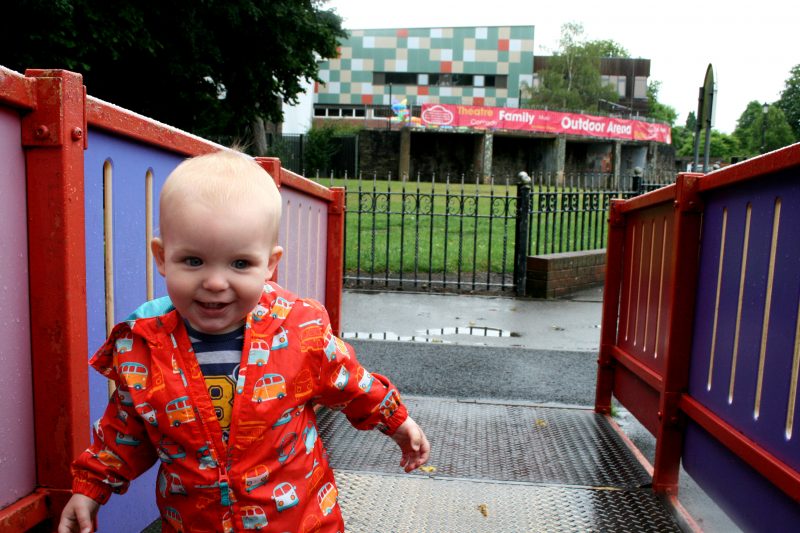 I’ll definitely be returning to this park again. Whilst I loved that we had it all to ourselves, I suspect we’ll have to share when the weather is nice! We’re back visiting Cannon Hill Park on Monday, so I’m hoping a) for some sunshine and b) that we get there early enough to enjoy a good play before seeing In the Night Garden Live. I hope the show is exciting and captures his imagination!

Thomasland in the Summer, with 365Tickets

Days Out, Dining Out, Lifestyle, Marriage

Our Date in Birmingham