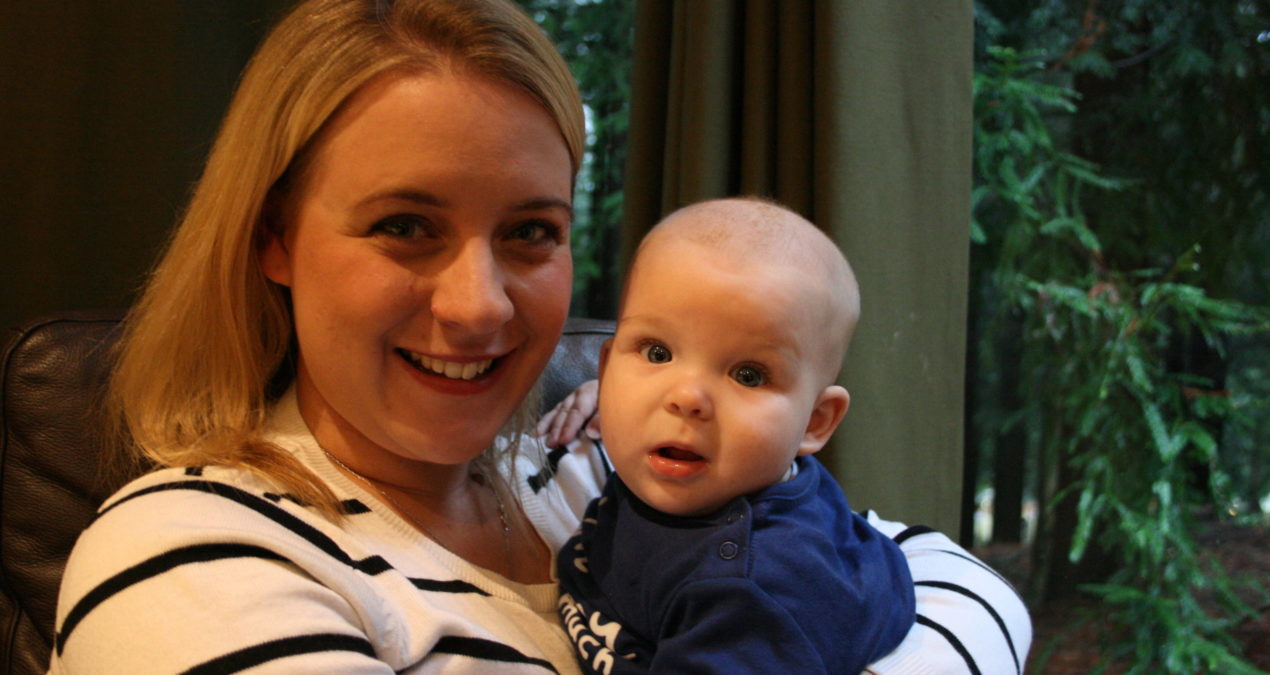 The New Bedtime Routine: Week One

Last week, I shared a bit about a new bedtime routine that we’ve been trying to implement. I’m not too proud to admit that we’ve gotten into some bad sleep habits with Pickle, and getting him into a bedtime routine is just the start of what we need to tackle (next on the list: the extraordinary amount of times he wakes up in the night and his preference to sleeping on us for naps!). I’ve been keeping a little bit of a record of how we’ve been getting on and it’s really helped me to see what works and what doesn’t. 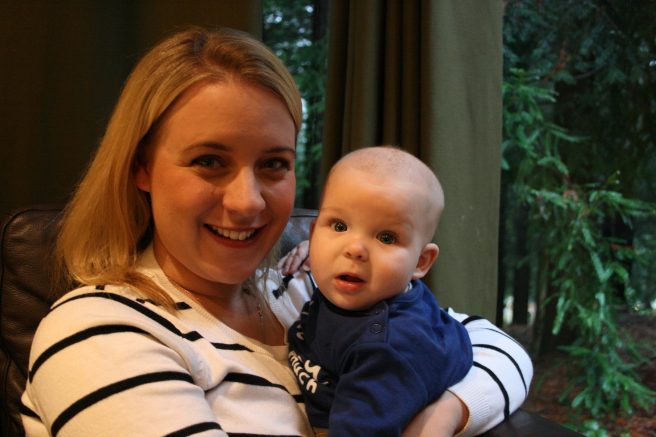 “You want me to go to sleep? Not sure about this, Mom and Dad.”

Saturday: This was the first night out trying out our new routine and although we left Pickle upstairs asleep, within just a few minutes he woke crying. I went back up to settle him and tip-toed back downstairs once he’d drifted off again. It wasn’t long before he was crying again. This time, it was LPD’s turn to get him back to sleep but after telling me I’m the one who spoils him, he was the one to cave and bring Pickle back downstairs! LPD claimed Pickle was ‘looking’ for me, but I’m not sure that was really the case. Anyway, Pickle got to enjoy a bit longer with us downstairs before he gave in to sleep eventually. Not really a success at all, but a start none the less.

Sunday: Exactly the same happened again… LPD, you big softie. I reprimanded him and expressively told him that if this is going to work, he can’t bring Pickle back downstairs. Once we’ve put him to bed, he needs to stay there. He’s never ever going to learn otherwise. As I’ve said before, we’re not cry-it-outers, so if he cries, I’m happy for us to go up to him to help settle him back down, but just as long as he stays upstairs, in the bedroom. I was determined to give this gentle approach a good go before we felt we’d need to resort to something more drastic. 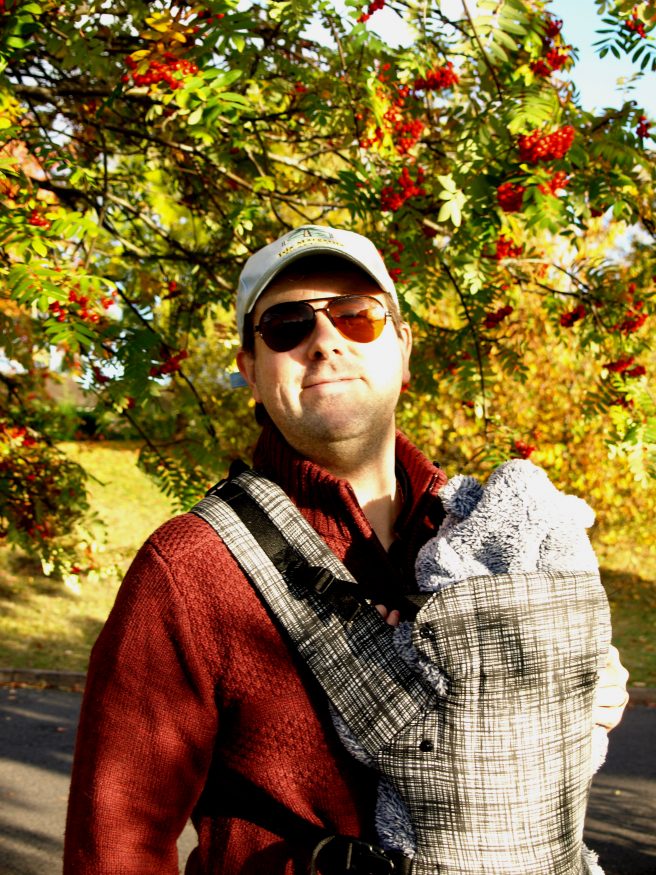 I absolutely love witnessing all the precious proud Daddy moments LPD has. Funnily enough, I think Pickle was asleep when this photo was taken! He was very proud on Monday night… read on.

Monday: Now LPD and I were both on the same page with what the ‘rules’ are, I was anxious to see how this evening would go. Changing him into his onesie and reading Pickle his story went smoothly and LPD joined me in the bedroom for his final feed. Half an hour later, both LPD and Pickle were fast sleep snoozing upstairs and I snuck into the lounge for a little peace and quiet – my first in a long time! I think I just about managed to heat myself up a mug of mulled wine and drink most of it when I heard the baby cries across the monitor. I stayed downstairs and waited to see what LPD would do – if he’d crack again or if he’d manage to settle Pickle himself. It didn’t take very long before the cries went silent, and a little while later, I had a very proud Daddy come strutting into the lounge. He’d done it! He’d settled Pickle all by himself. It was so wonderful to see how pleased LPD was. We decided right there and then, that LPD should be the one to settle him in the evenings if he wakes up so that Pickle learns that he can’t just have milk every time he wakes up. Deal.

Tuesday: We started bedtime routine at 7pm as normal, and by 8pm, I was downstairs with a sense of excitement that I’d have an evening to do with whatever I wanted as I was now offically ‘off duty’ until our bedtime. Pickle did wake a couple of times, but LPD did a wonderful job of going up to rock him back to sleep and I celebrated with a glass of wine. Or two. Large ones. Bliss.

Wednesday: I knew Wednesday’s bedtime would be derailed when Pickle had an unexpected nap until 6pm (thank goodness for the lie-flat technology in our Kiddy carseat!). There was no way he’d go to bed at 7pm if he’d only just woken up from a monster late-afternoon nap. We still attempted our normal 7pm routine but it was really evident that he was just wide awake and getting him to sleep wasn’t going to happen. This time, it was me that caved. I broke my own rules, and ended up bringing him downstairs for some cuddles until more time passed and he was ready for the land of nod. Naughty me. 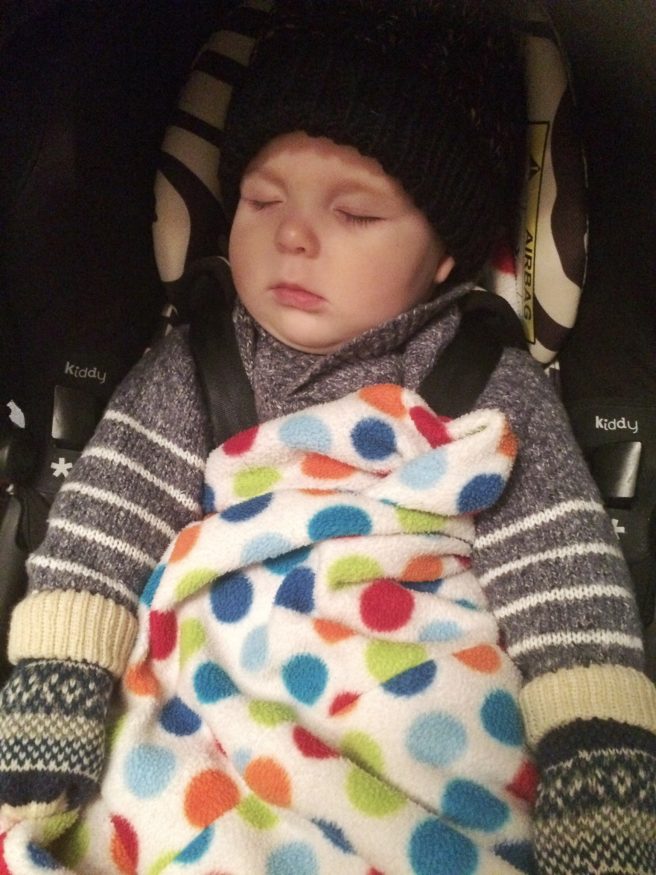 I couldn’t face waking him up from his nap… he looked so peaceful. What would you have done?

Thursday:  Today was all about operation 3pm naptime. If I could just make sure he had his nap from 3pm – 4pm, I knew our 7pm bedtime routine would work. I planned my whole day around it: made sure I was in all afternoon without any pesky car rides to induce sleep at an inappropriate time. Obviously, this isn’t something I want to get into the habit of doing every day otherwise I’d never leave the house but whilst we get this established, I figured it was worth doing. And it was. 3pm – 4pm naptime was successfully accomplished and it made for an easy evening bedtime. Pickle still woke a couple of times but LPD was able to quickly get him back off again, and I enjoyed a chilled out evening.

Friday: I had a LOVELY day, spending time with my best friend who had a day off. We spent the day just chilling at our house, chatting away as we always do. I had planned a nice walk and some festive baking, but neither of those things happened as we just drank tea and played with Pickle instead. When LPD came home at 6pm, I told him the unfortunate news that Pickle had napped later than 4pm. I suggested we put bedtime back an hour to compensate (not sure whether that was good or not, to adjust the routine) but I didn’t want a repeat of trying to get him to sleep when he’d not long had a nap. In the end, I think we split the difference and started the sleepy procedure at 7.30pm instead. And it seemed to work. Again, a couple of wake ups before we went to bed ourselves but it was getting easier and easier to put him back down.

Saturday: I was flying solo tonight. LPD had his works Christmas party and was staying away the night in a hotel. I was a bit nervous how this would pan out. I think Pickle was settling easier for LPD without the smell of yummy, yummy breast milk! I was worried if I tried to settle him back to sleep without feeding him, he wouldn’t be having any of it. A bit like if someone were to waft a plate of bacon under your nose… it’d be difficult not to want some, right? It wasn’t as bad as I feared, but I did end up going to bed early because it was just easier to be able to roll Pickle over to comfort him rather than keep traipsing up and down the stairs. I went to bed at 9pm and was up at 5am (so I could get the washing out to dry… who am I? Who have I become?). LPD hadn’t even gone to bed by 5am – he had a bit of a wild night! What a waste of a baby-free hotel room? 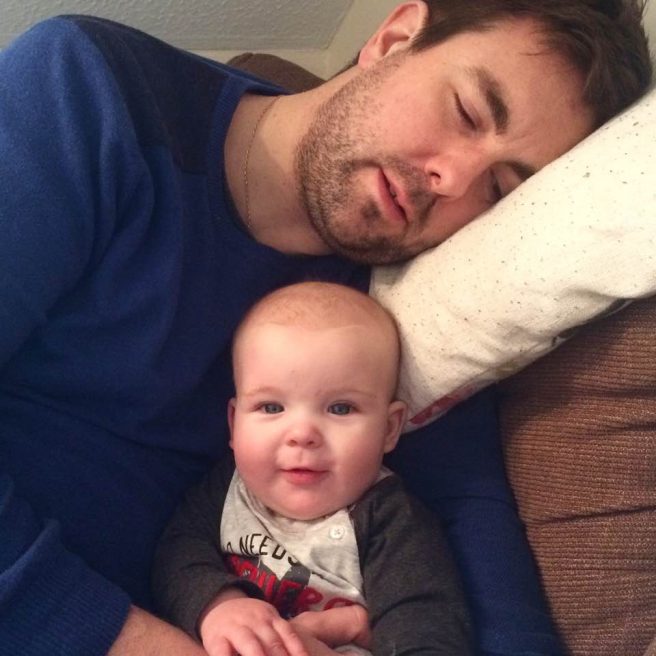 There are definitely times when we are more tired than Pickle is. Little rascal.

As you can see, it was a bit of an up-and-down week but I think that was to be expected when trying to implement something new. Cracking that 3pm naptime was definitely the key to making the 7pm ritual work, and I’ve since learned that we can get away with a mini 15 minute nap after 4pm without too much trouble (meaning I can take short car journeys without panicking!) but anything longer needs to be avoided. In just two weeks of doing this, Pickle will sleep now without waking from when we put him down until we go to bed – meaning LPD and I can enjoy our evenings together! We can cook, watch a film (or Masterchef!), eat together without lots of interruptions and being on edge the whole time. Things are definitely getting easier. We’re getting there… Still a long way to go until we’re enjoying a full night’s sleep but at least I’m finally getting a little bit of down time.

The Ordinary Moments & When They Mean More

From Messy Mom to Pristine Parent