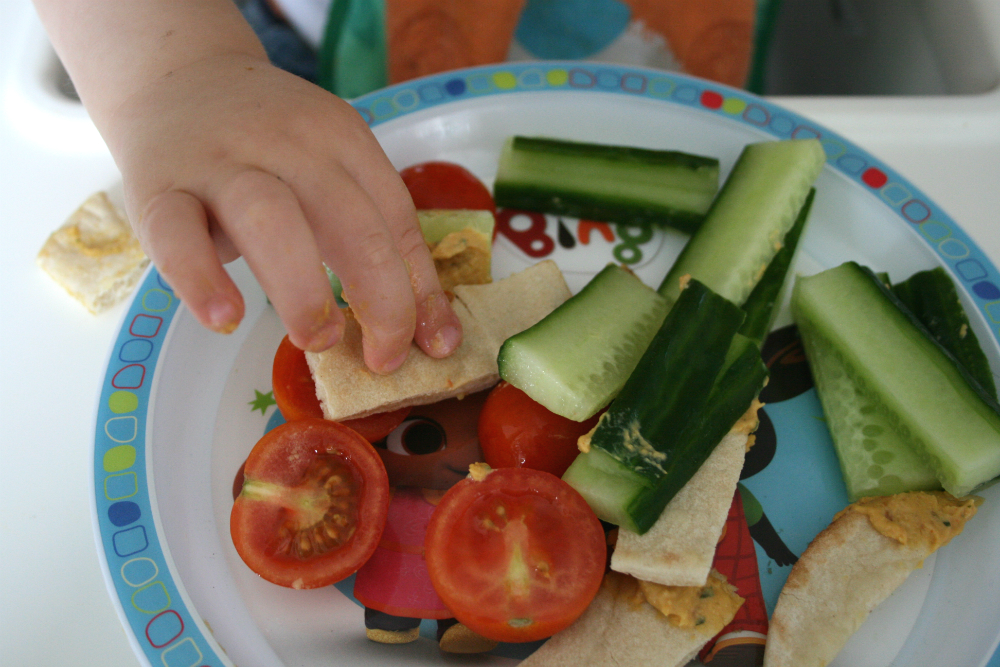 I have surprised myself in many ways as a parent. I vividly remember sitting in Jamie’s Italian with Katie from Katie Pix when I was about four months pregnant talking about how I wouldn’t pick my baby up at night if they cried because I’d just be making a rod for my own back. Pregnant-Me would be eye-rolling at Actual-Parent-Me for my bedsharing, night-nursing, cuddle-to-sleep attachment parenting style! I can’t believe I thought I’d be wishing away those first precious baby months because I was much more excited about going to feed the ducks and playing in the park. In so many ways, I’m the opposite kind of parent than I thought I would be. And lately, I’ve been doing another thing I always thought I’d never succumb to as a parent… I’ve started buying into children’s TV merchandising. And not only am I buying into it, but I’m getting genuinely excited about it too. I literally squealed with excitement when I saw some teeny tiny Paw Patrol slippers in Morrisons last week. 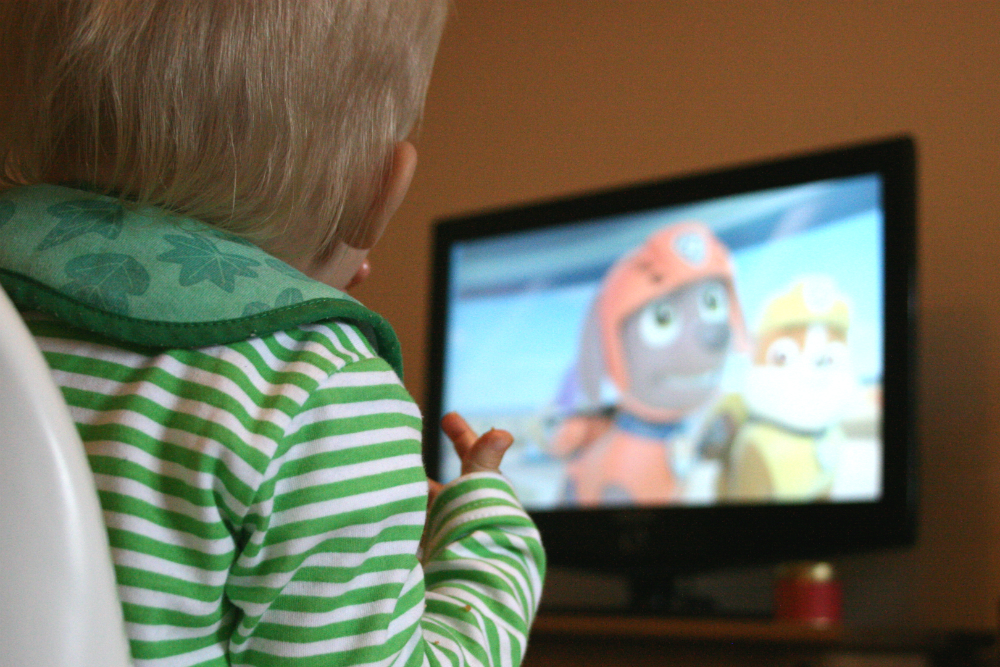 I always thought TV Merchandise was something you bought reluctantly, after minutes, hours or days of nagging and whining from your child who simply must have the Peppa Pig hair brush, even though they hate having their hair brushed, in the vague hope that it’ll make that one daily battle a bit easier. But darling, Peppa really wants to brush your hair, see? But for me, as the Mum of a toddler that is just beginning to show how much of the world he understands and is starting to learn how to communicate – it’s really exciting to see an emotional response to branded things. It proves he remembers having watched it. It shows some level of attachment. And I think that’s really clever.

Earlier this year, I was delighted to be chosen as a Spearmark Mumbassador, and as part of their Mumbassador Panel, we’ve been happily testing out some of their branded goodies for little ones. Spearmark, a company specialising in dining and drinkwear for children as well as cool novelty lighting) have a whole host of exciting kids ranges to choose from, with all your TV and film favourites including: Thomas the Tank Engine, Peppa Pig, Disney’s Frozen and Pickle’s new favourite – Paw Patrol! Merchandise heaven. We were sent a Bing 6 piece dining set* to test out: a plate, bowl and cup as well as a little cutlery set.

I’ve found myself reaching for Pickle’s new Bing dining set from Spearmark over our other plain plates and bowls. Even washing it up especially to take it out with us even though there were others clean in the cupboard. And I genuinely don’t know why. Maybe it’s because Bing always reminds me of two things: first, Pickle’s friend Toddler J (because his Mummy often calls him ‘Bing Bunny’ when he’s a bit grumpy) and second, when LPD and I went to see the play Jerusalem with Mark Rylance. He did a rather impressive handstand at one point (I’ll point you in the direction of this theatre trailer if you want to get a glimpse of what you missed). Maybe it’s because I think they’re more premium. Or maybe I’m just a sucker for branding and marketing. 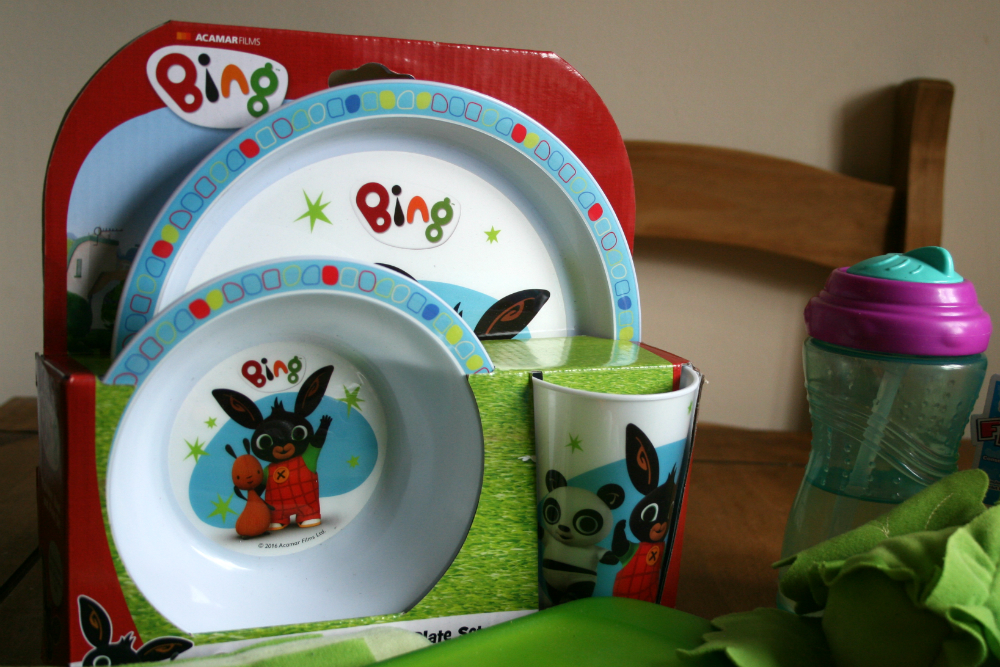 Functionality wise, there is nothing different about this plate and this set of cutlery compared to our plain coloured sets from Ikea – but I just like them better. It feels special to use them. And I may just be imagining it but I’m sure Pickle does eat better with them, too. 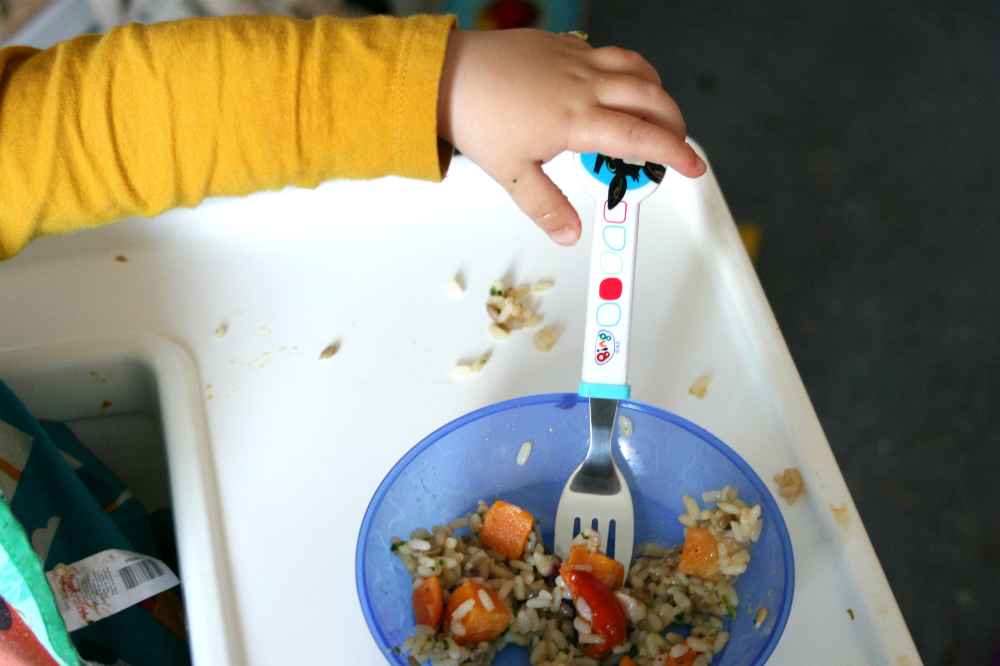 He’s getting so good at using his fork – something he wasn’t fussed about using when I first tried to introduce cutlery to him. Yes, most of the food ends up falling off and into his lap, but his persistence to keep going and try again is pretty impressive.

I don’t know how long my love affair with merchandise will last… I expect just long enough until Pickle can actually ask for it himself and the nagging becomes irritating, but for now, I’m going to buy him the Paw Patrol ball from the petrol station, the Mickey Mouse branded Annabel Karmel biscuits, and continue to grow his diningware collection as I snuggle him up for bed in the fluffliest sleepsuit adorned with Marshall, Chase and Rubble. Because you know what? It puts a huge massive smile on my face. And his. And that’s all I ever really want.

Now, excuse me whilst I go and browse all the goodies Spearmark have to offer on Amazon so I’m fully stocked and ready for Christmas…. Oh man, I’ve just spotted a Paw Patrol Marshall Illumi-Mate Colour Changing Night Light* – now, how cool is THAT?

Disclaimer: As part of the Spearmark Mumbassador Panel, I was sent the Bing dining and cutlery set for the purposes of review. This link contains Amazon Affiliate links. This doesn’t affect the price you pay but if you do decide to purchase, I will receive a small financial benefit.