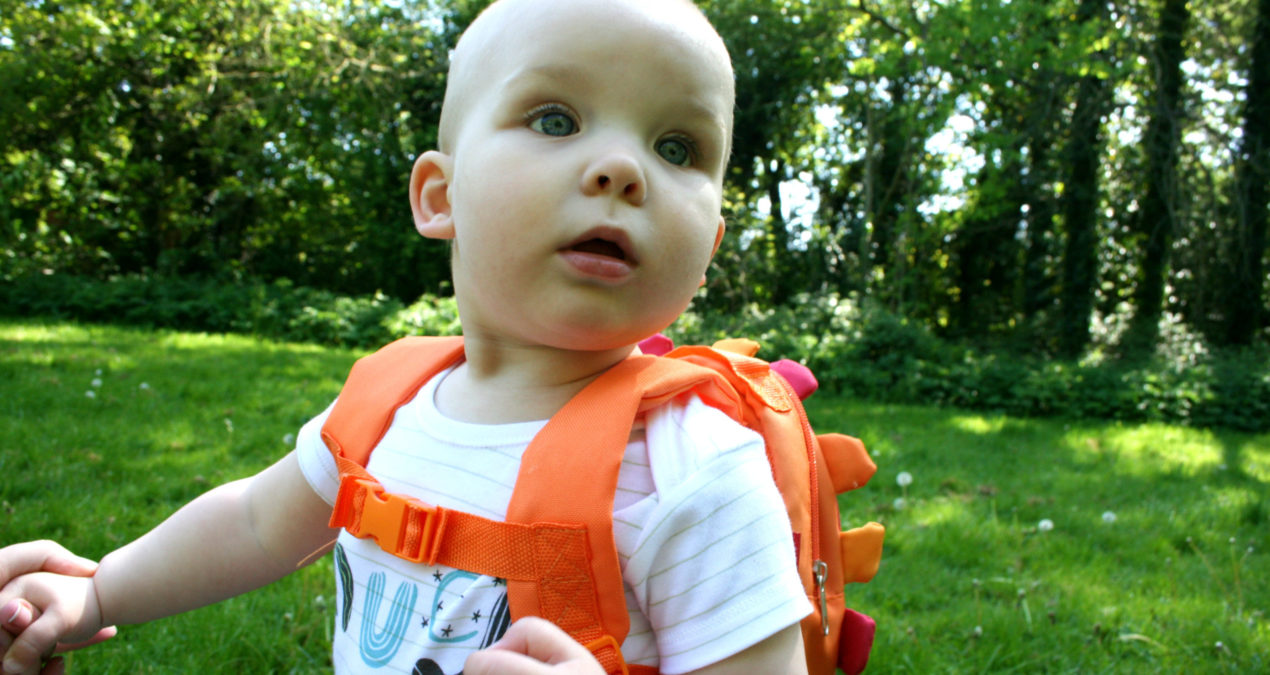 It’s been two weeks since my last #LittleLoves post and I can’t believe how jam packed that fortnight has felt! With the Blog On conference falling in the middle, it’s felt a bit like it took the first half of this week just to recover from that – Monday was a complete write off, I was so knackered! Luckily, Pickle was too so we mainly just napped together, which made me oh-so-reminiscent of those hazy newborn days. I’ve also realised that there’s not much point me doing a #LittleLoves post every week, and once a fortnight is probably better – mainly because I am SUCH a creature of habit that you’d just end up reading a duplicate post if I were to do it every week. Not much changes in this house! It’s quite shaming how much we do the same thing, day-in-day-out.  I should probably attempt to be a bit more adventurous.

I’ve been trying to make more of an effort to keep my Kindle charged so that I can take it out and about with us. It means that if Pickle ever falls asleep in the car, I can just treat myself to a bit of a read rather than mindlessly scrolling through various social media whilst I wait for him to wake up naturally. I was after book recommendations when I finished my last one, and I ended up downloading Outlander* by Diana Gabaldon and Ice Cream for Breakfast* (How rediscovering your inner child can make you calmer, happier and solve your bullsh*t adult problems) by Laura Jane Williams, which I heard about from Sophia at Tattooed Tea Lady. And I tell you what, it’s brilliant. It’s the kind of book you can easily dip in and out of because each chapter is very short which makes it perfect for when you don’t know how long a nap will last. It makes me all kinds of happy when reading so I definitely would pass the recommendation on – especially if you have, spend a lot of time with or work with children.

(LONG WEEKEND) OK so I didn’t get all of my to-do list done (blogging, mainly, but I’ll get there!), but we’ve had a lovely weekend catching up with family yesterday (Willow could not stop laughing at her cousin Oscar!) + I had the most a delicious breakfast date with Emily + Charlotte this morning (obviously followed by a spot of shopping!). I’m hoping next weekend will be slower, especially as we have a busy week ahead. Oh and also, all of you need to buy this book, like really… I can’t put it down, in between mothering, working + general life of course. It’s just SO beautifully refreshing + feels like the nudge I needed to make some changes. Love 💖 . . . #IceCreamForBreakfast #icecreamforbreakfastbook #breakfast #brunch #brunchwithfriends #goodliffeslboro #goodliffes #lboro #loveloughborough #Loughborough #eggsbenedict #fdbloggers #lbloggers

I have had my eyes GLUED on Pickle this past couple of weeks for signs of walking. I was so hoping he might surprise us and take his first steps whilst we were on holiday so that LPD could be there but… babies don’t work like that do they?

He’s had really good balance for quite a long time, and would happily stand unaided for quite extended periods but just lacked the confidence to take a step without the security of having something (or someone!) to hold on to. But on Tuesday at Soft Play, he took his first brave little step. It was only a couple of steps, from the safety of the wall into my arms, but it was a start. That night once LPD got home, I kept trying to coax him into doing it again but he wasn’t really playing ball. 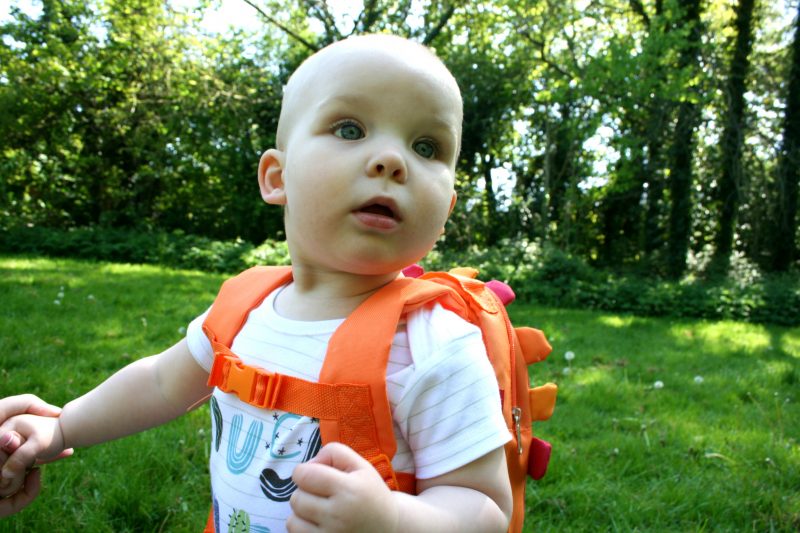 And then on Wednesday, we had a few more steps. A veritable toddle across the lounge. Still a bit wobbly and still preferring to crawl but he was just having fun and enjoying it. By Thursday evening? Toddling along was the greatest game ever. I can’t even begin to describe the happiness etched across his face! All in one second, I felt pride, joy and a pang of sadness. Can I call him my baby anymore? Does this signal the start of even more mischief-making? Am I just going to be running around after him for the next sixteen years? Probably. 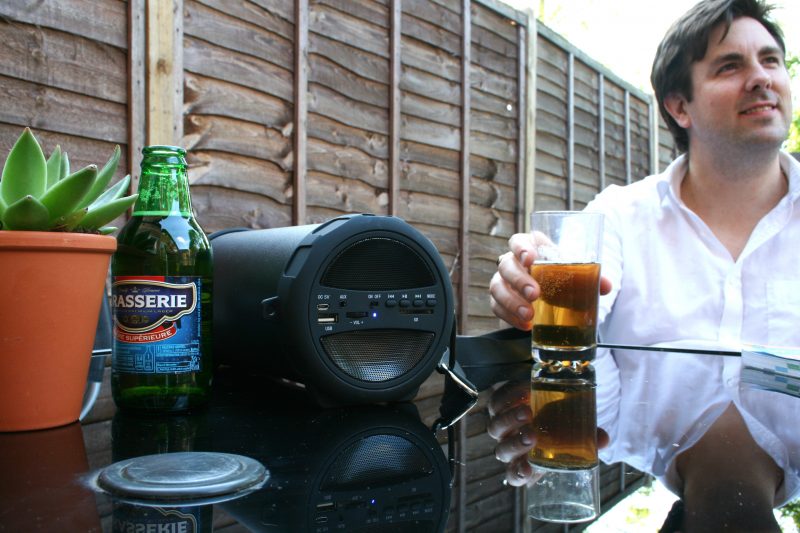 If you caught my Cheers to the Dads post, you’ll know we recently received a Wireless Outdoor Speaker from TJ Hughes. I’ve absolutely loved being able to enjoy our dinners outside whilst having a bit of music in the background, so I’m hoping this lovely weather continues so we can carry on. Last night, we enjoyed a nice family curry whilst listening to the La La Land soundtrack*. SO GOOD. I do get a bit panicky about playing music outside in case it disturbs the neighbours so we only have it on quite quiet (how considerate are we?) but it just sets a nice relaxing tone for the evening. It obviously got me in the mood for soundtracks because later on, we then popped on a Spotify playlist that was pretty much a mixture of various movie scores, and it reminded me of how I was obsessed with buying movie soundtracks on CD as a teenager.

Can you spot any of your favourite movies in the Reading Soundtrack playlist?

Now, my ‘made’ love this week isn’t actually something I made, but rather LPD-made. He seems to have gotten into a bit of a baking habit whenever he looks after Pickle! Not sure how he manages it as I barely find the time to put the dinner on but he out-parented me again last weekend whilst I was at BlogOn and baked a loaf of bread, from scratch! He also took Pickle out for a walk around the lake (although weirdly, at the time he had previously arranged to meet his Mum… not sure he quite realised how long it takes to walk to the lake, have a play and then walk back). 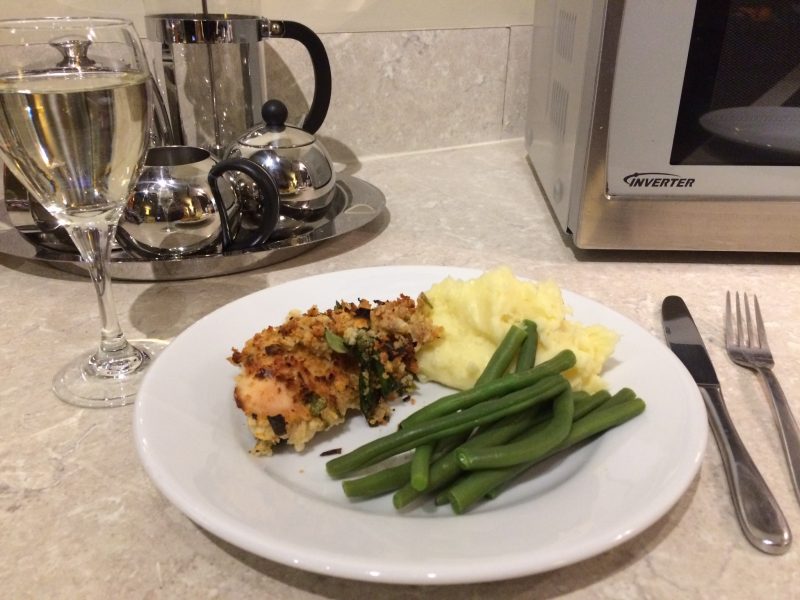 I’m also pretty obsessed with this chicken dish that I keep buying from Aldi. It’s chicken topped with a cheese and leek gratin. AND IT’S ALL KINDS OF DELICIOUS. For a quick and easy dinner to just shove in the oven, it’s perfect. With a bit of mash and some green beans? It’s pretty much my ideal dinner.

In the last four days alone, I’ve worn my running gear three times! I did three days in a row! That’s a pretty big achievement for me, and I really hope this motivation continues. I think I mentioned in my last #LittleLoves post (Ron Swanson, Monday Roasts and a Hug Me baby vest) that I was planning on running our local parkrun with Pickle in his pram on the morning of his birthday and two weeks ago, it was looking like that was a bit of a stretch. Now I’m feeling much more confident about it and if I carry on the way I’ve been going, I reckon I’ll probably be able to run the whole thing. Even up the hills too. I have to say a big thank you to my friend Katie for arranging to run with me – both with the pram and without, and my Mom too who somehow managed to get me to run a total of 20 minutes whilst pushing Pickle. The only downside of running is the amount of washing it creates… I really need to be constantly feeding the washing machine today!

I caved this week and gave Pickle something I’d originally bought and put aside for his birthday – a whole bag of soft play balls! We don’t even have a play pit to put them in, but I know how much he loves picking up and emptying boxes and refilling them again and the balls make a WAY better toy to do that with than some of the other things he manages to find: felt tip pens, toiletries, CD cases… And he absolutely loves them. Just like I knew he would.

Disclaimer: this post includes Amazon Affiliate links (signalled with a *). If you decide to purchase, it doesn’t affect the price you pay at all but means I receive a small financial incentive.
#LittleLoves, Arrow Valley Lake, Baby Steps, Baking, First Steps, Milestones, Spotify
Share :

A Personal One: Feeling Poor