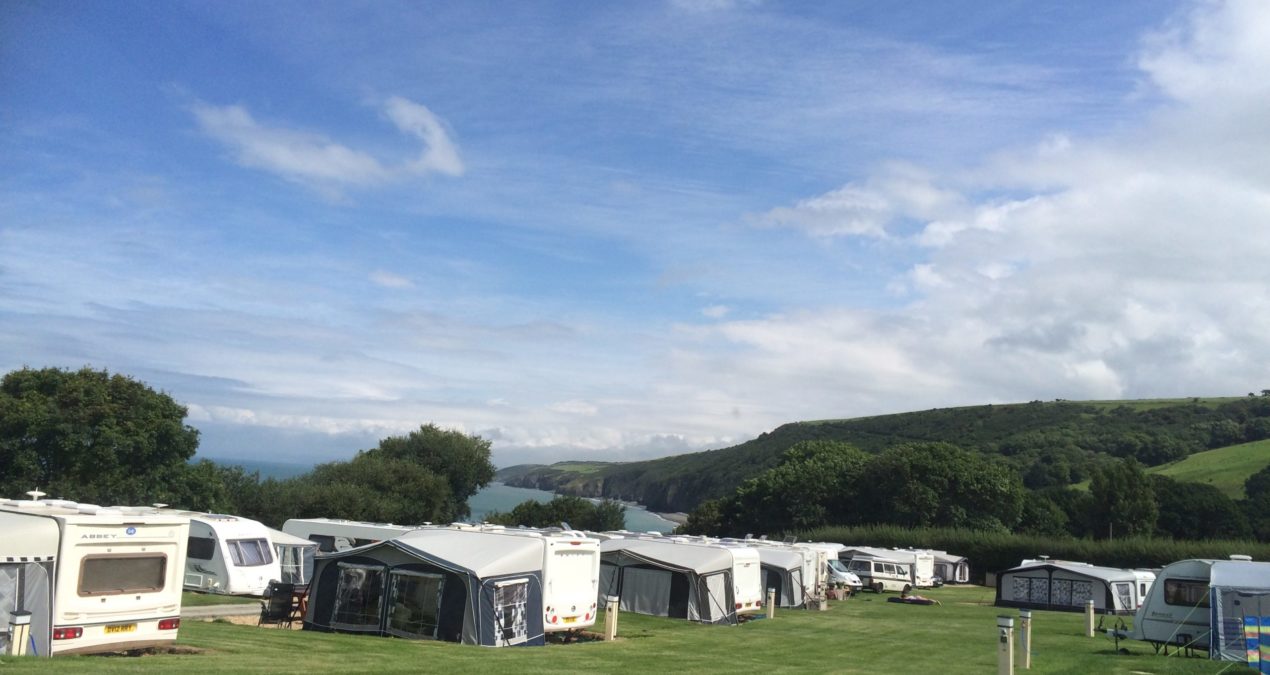 Seeing as my ‘Our Family Camps’ series is counting down to our first big family camping holiday, it only makes sense to write a little about where we’re going… because, we know it pretty well! It’s definitely not new to us. In fact, I often refer to it as my second home. I’ve been going camping there since I was a baby myself, and I think there’s only a few years where I’ve missed out. The Cei Bach Country Club, near New Quay in Wales has given me a hoard of childhood memories, and I hope that it gives Pickle his own precious memories to treasure too. To tell the truth, he’s already been there once before too! 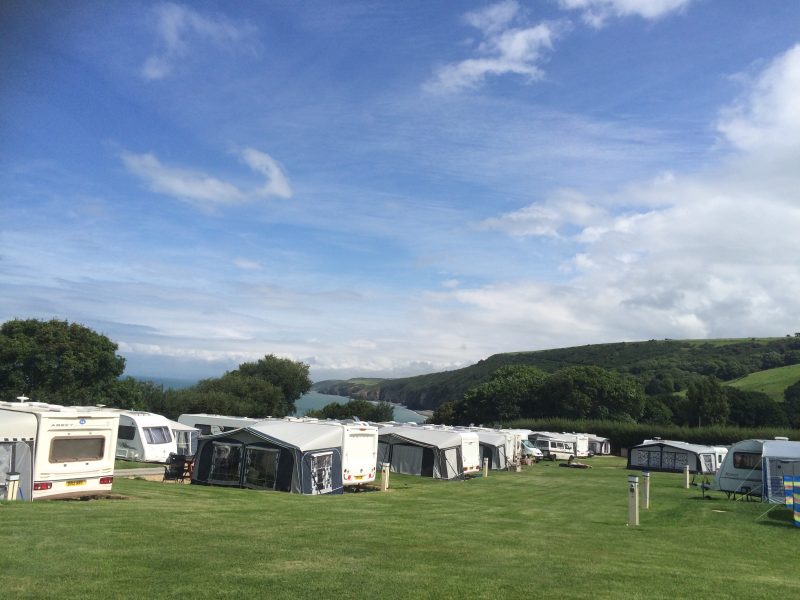 I always feel I have to explain when I say that my parents go camping (or now, caravanning) to the same place, for the same two weeks, every year. Surely the major benefit of having a tent or a touring caravan is so that you can travel to lots of different places, rather than gravitate towards the same places year after year? But this is something different. It’s special. Because, they’re not the only ones who go year after year. There’s a really strong cohort of families that keep returning – there’s a whole generation of children who have all grown up together, and now all the children have turned into adults themselves, the parents are getting the chance to properly chill out and enjoy themselves in a whole new different way! There’s something really welcoming about returning to the same place, where the best bits of each holiday have turned into traditions: big celebratory BBQs, sea-kayaking and afternoon football games. 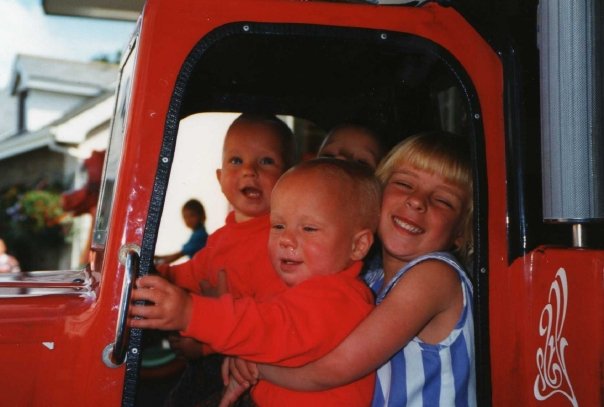 It says a lot that this photo could have been taken anywhere… but I know it’s from one of our Cei Bach holidays! In case it’s not obvious – that’s me in the blue stripes. I’m guessing I was almost five years old here, and the twins (the red squidgy ones in the front!) would be about the same age as Pickle will be when we go next month: 14 months old. We spent most days on the beach at New Quay (yes, there’s a Welsh one!) and this used to be a little ride outside an arcade at the top of the hill near the main car park. I dread to think how many times I’ve lugged beach chairs, buckets and spades and various inflatables up and down that hill from the car park to the beach and back again. If we were lucky, my Dad sometimes would walk back up on his own, fetch the car, and drive down to pick us up. Those were good days! 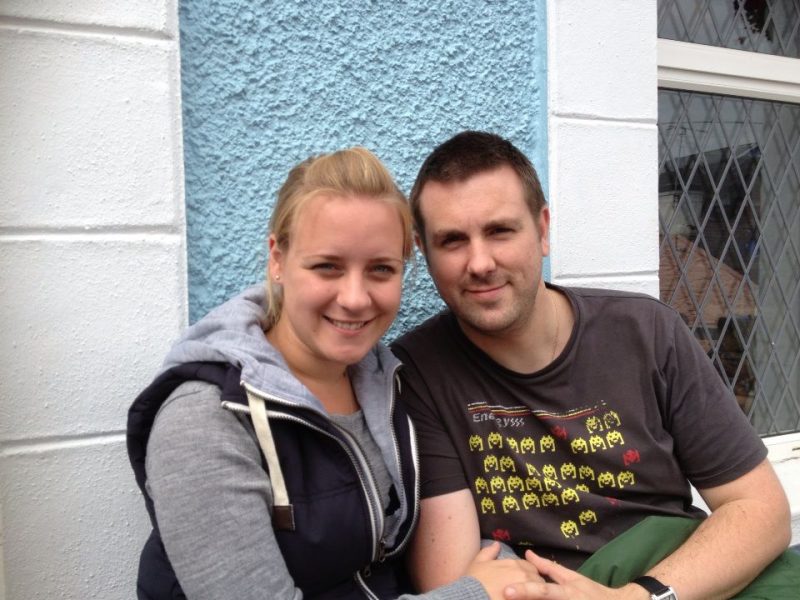 The Cei Bach campsite itself has changed almost as much as I have over the years (!!!). It used to have a lovely club house on site – with quiz nights and karaoke, where I learned a group of owls is called a parliament and I must have heard people since Sweet Caroline a hundred times. We used to occasionally buy a portion of chips from the onsite take-away hatch. There used to be a play area that had a trapdoor in the wooden climbing frame. I learned how to play pool in the games room and my brothers used to earn a little pocket money by doing a bit of litter picking for the site owner!

LPD wasn’t a big fan when I first took him. He couldn’t really get his head around why my family would consciously choose to go back to the same field every year. And I suppose, when you first turn up – that’s all it is. A field. With a reasonable toilet block and a nice sea view. But now that I’ve dragged him there a few more times, I think he’s starting to see the appeal! And he gets why it’s such a special place for us. I think he’s particularly enjoying spending longer than a weekend there – we’ll have longer to explore further afield, and I can’t wait to show him a few of the different beaches and maybe a trip to Devil’s Bridge too! 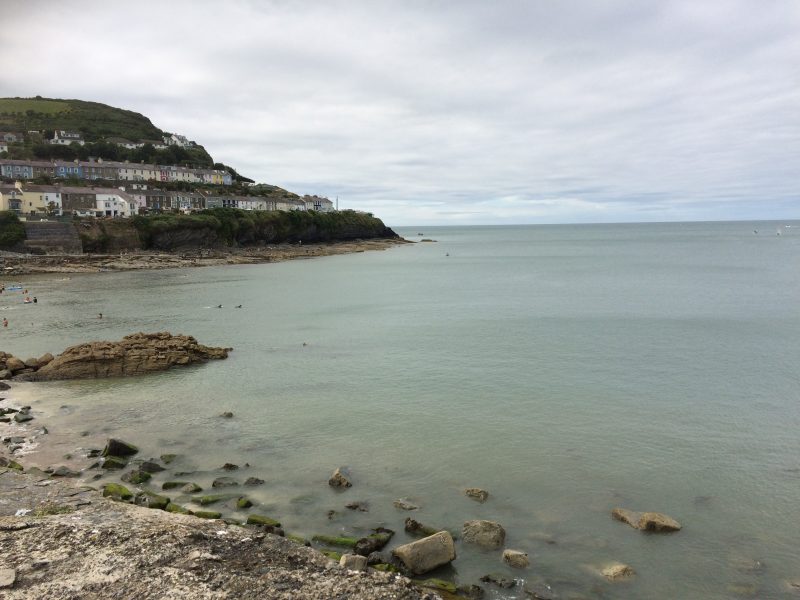 One year, we used my parents’ kayak and took ourselves out onto the sea to go mackerel fishing. The whole bay is famous for it’s abundance of wild dolphins and I was really hoping we’d see some whilst we were kayaking… and we did. I’ve seen dolphins many times before, but there was something really magical about feeling like we were sharing the same water. We weren’t very successful mackerel catchers (we did catch one… but the slippery fellow managed to flop his way out of the kayak back into the sea!), but I’d have rather seen the dolphins than catch a thousand fish anyway. 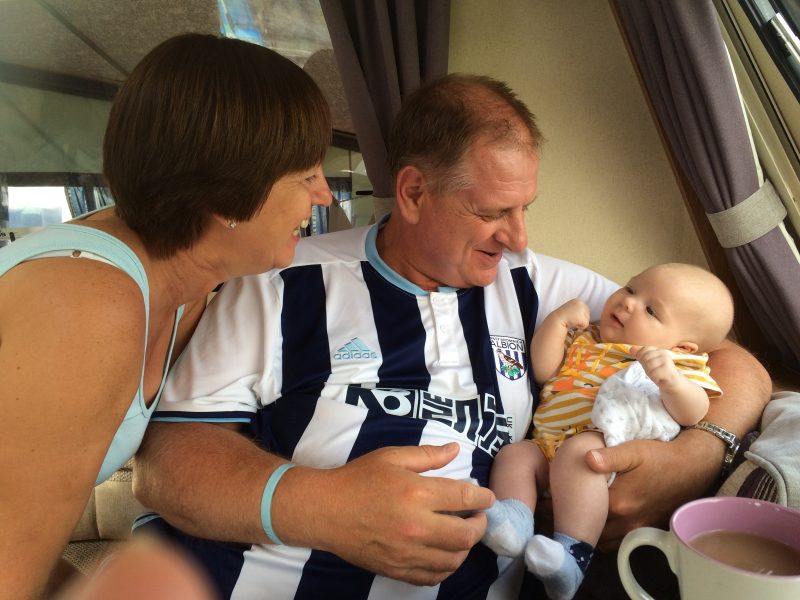 Last year, I was desperate to take Pickle. It’s a good four hour drive at the best of times (longer depending on how long you need to stop for mid-journey and traffic dependent), so to make the most of the trip, I drove down midweek and LPD joined us by catching the train after he finished work on the Friday before we all travelled back on Sunday evening. It was magical. And I just loved it. 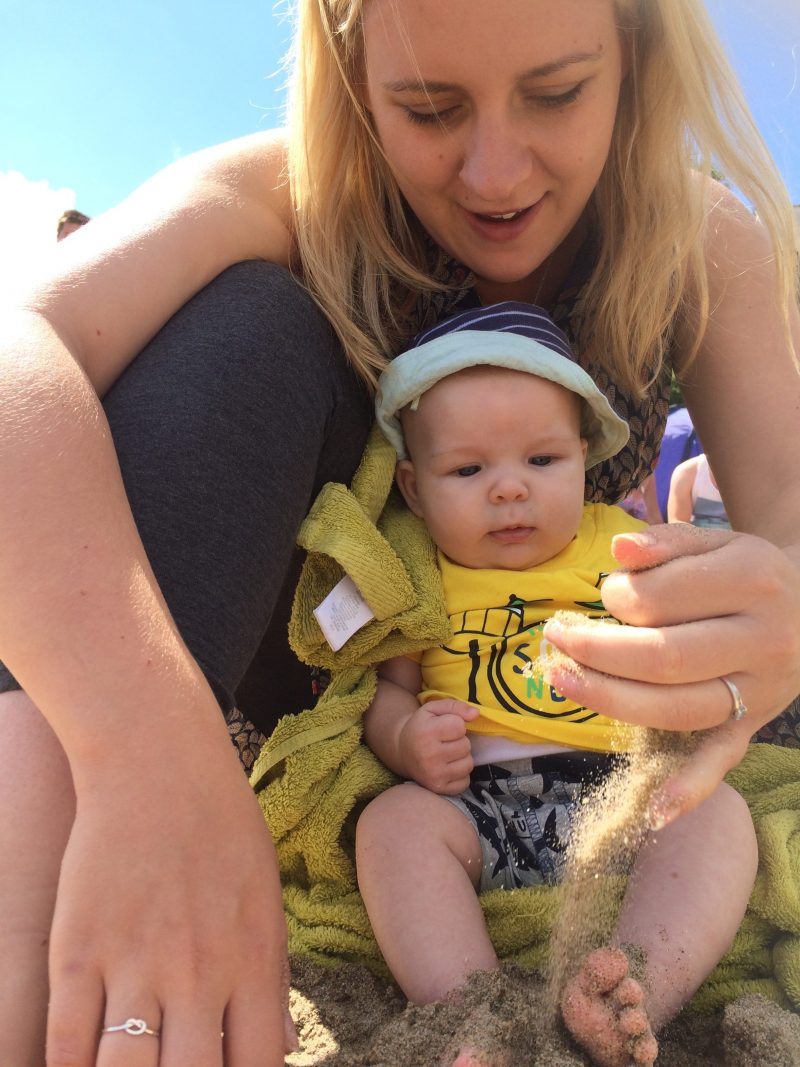 Pickle had his first encounter with sand! He dipped his toes in the sea for the first time. And if I remember rightly, he slept the best he’s ever slept whilst we were there too – I hope he does the same this time! Wouldn’t that be a treat? Last year, my parents bought him a little colourful windmill that we keep on our window sill in the kitchen, and everytime we open the window and the breeze spins it around, it reminds me of that lovely weekend. 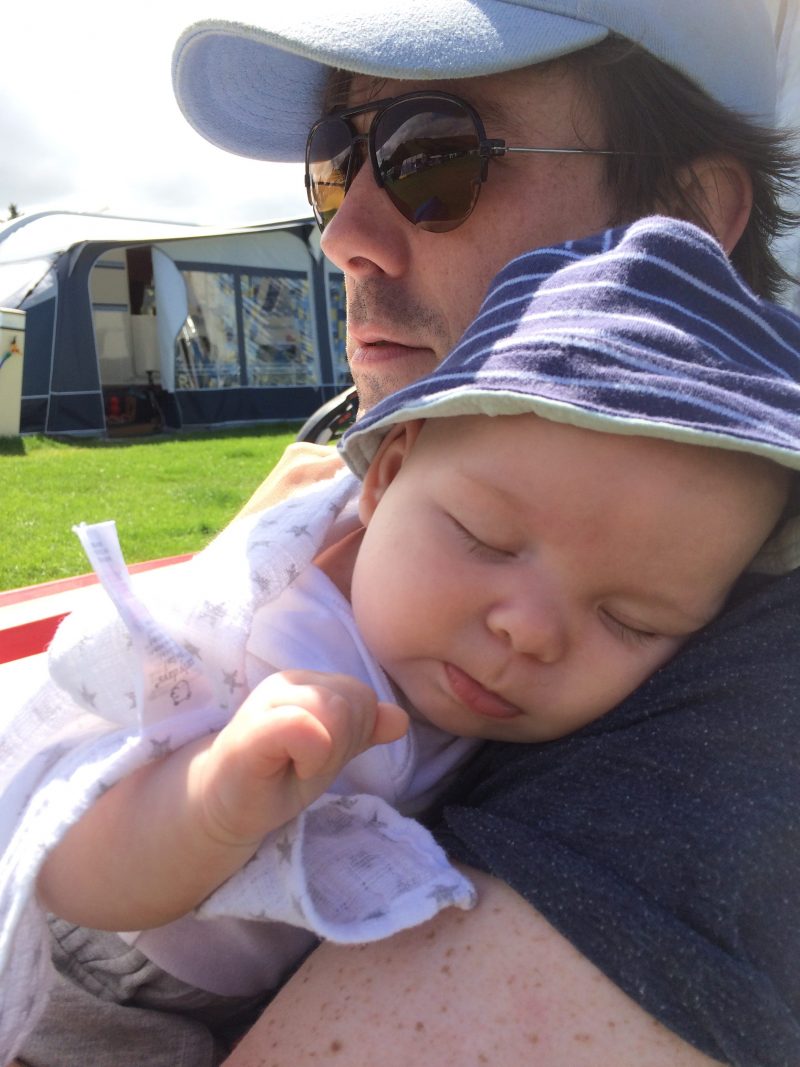 I can’t tell you how much I’m looking forward to waking up in our own tent, and enjoying a morning cup of tea in the sunshine. I’m not really sure how we’ll safely get the kettle on without Pickle wanting to grab it… In fact, thinking about it, we probably won’t be still long enough to enjoy a cup of tea, but I’m sure if I get desperate for a cuppa, I can let his doting grandparents have some snuggles with him and take him for a walk around the site.

It’s only a month away! Cei Bach, here we come.

Films that bring the Outdoors in