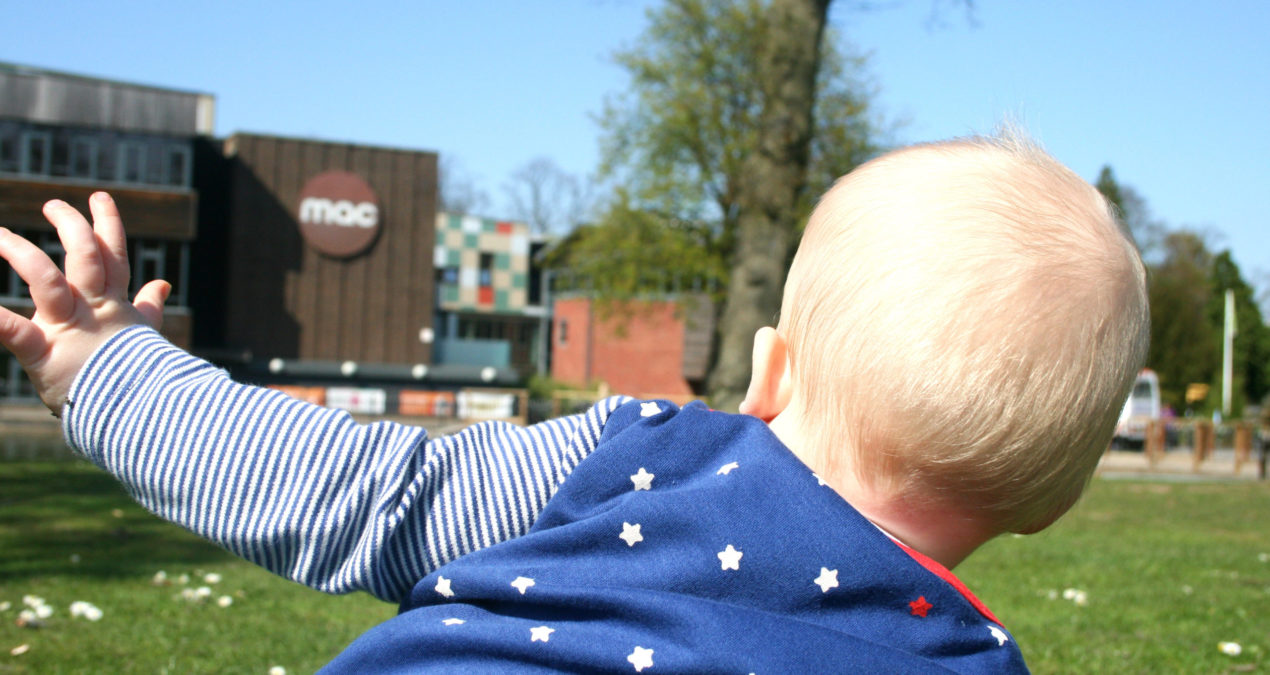 As the weather begins to brighten up, what have I decided to do more of? Watch films in a darkened room, of course! On what was possibly the nicest day of the year so far, we spent a couple of hours nestled snugly in mac birmingham‘s cinema watching Beauty and the Beast and I don’t regret it one bit as their Cinema Bambino screenings are truly brilliant. 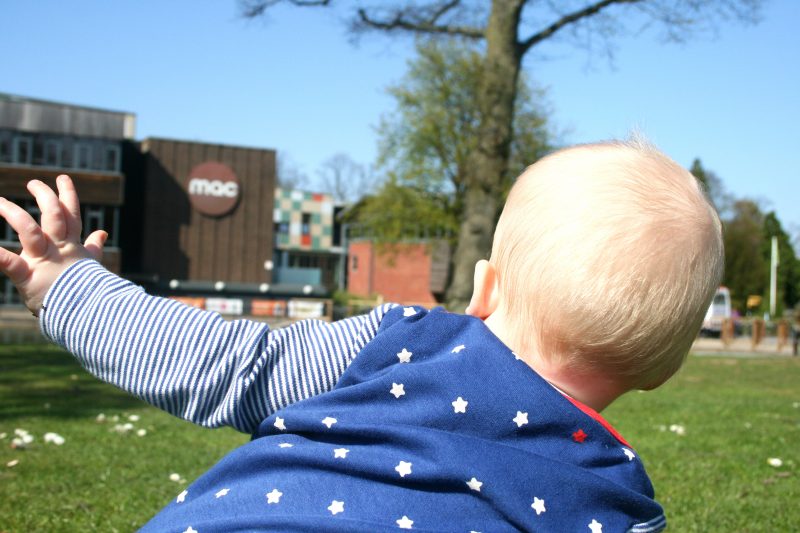 We first tried the baby-friendly screenings back in November and watched Finding Dory. We were a fairly anxious group of four Mums with four babies, not really sure how it would go… Would they be quiet? Would they fidget? Would we actually get to watch/listen to any of the film? But we couldn’t have been more pleasantly surprised! There must be something about a ginormous screen and surround sound that just captures a baby’s attention like nothing else. Pickle was enthralled the entire time and didn’t even take the opportunity for a snooze in the darkened room. That said, back in November, he was only five months old and very used to being ‘in arms’, whereas now at ten months old, the nerves crept back in again: how on earth was I going to keep him sat on my lap when all he usually wants to do is crawl and climb?

Thankfully, mac birmingham‘s Cinema Bambino screenings are super relaxed: the lights are slightly up, the sound is slightly down (which isn’t unusual for baby-friendly showings) but it’s the atmosphere that makes these events so unique. There’s a wonderful understanding between all the parents (and I say parents rather than Mums as there were some proud Dads in there too!) because we all get it. We get that babies cry. We get that sometimes they just want you to stand up with them. We get that they poop at the most inconvenient moments, and you can bet your bottom dollar it’ll be an explosive one as well. We’re all in the same boat, so there’s no grumbling or tutting at a newborn’s cries, no death stares when the child behind kicks the back of your seat or accidentally bashes you on the head, and nothing but sympathetic smiles when someone in the middle of the row feels they really do need to take some time out. 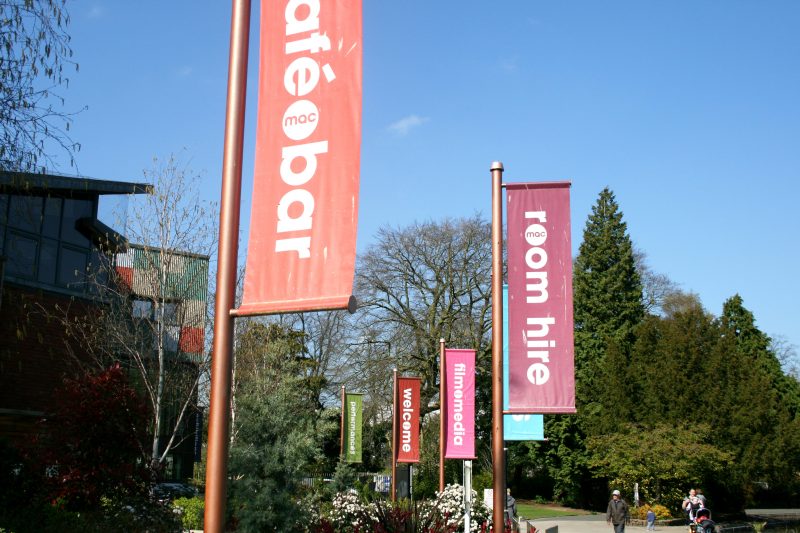 And if you do need to change your baby mid-film, you’re spoiled for choice when it comes to baby changing facilities as mac birmingham has loads. Thankfully, Pickle didn’t need a change until we were heading home but it’s so refreshing to visit a baby change room that has plenty of space. I didn’t take the pram into the venue with me, but if I had, I’d have had no problem fitting it into the change room.

Beauty and the Beast

And as for the film itself? Oh, I enjoyed it much more than I thought I would (which might be a weird thing to say, but sometimes with films that are so hyped up, I like to keep my expectations low because it’s so easy to get disappointed).

I was a bit worried I’d find Emma Watson as Belle a bit annoying, but you know what? I thought she did a great job. I did think occasionally she looked a little too smug, but then, I’d be feeling pretty smug if I was involved in such a cool project, so you know, fair play. I loved that some parts of the film were pretty much shot for shot recreations of the original animated film, as well as some bits being really different, including a couple of new songs – it felt oh-so-familiar whilst being new at the same time, which is a clever thing to achieve.

For me, Josh Gad as LeFou stole the show. I thought he was brilliantly funny and dare I say it? I think he had more charisma than Gaston himself. If you’ve not seen it, this video of the cast members finishing off Disney lyrics made me chuckle:

I’d definitely like to watch it again, maybe without Pickle next time, so that I can fully appreciate all the costumes and design work – I’m always a little fascinated with all the craft and talent that goes into films. I think my dressmaking skills are a LONG way off being able to make anything as beautiful just yet.

Once the film had finished, we grabbed a couple of highchairs (Pickle and I had gone to the screening with our friends Baby O and her lovely Mummy) and had a quick bite to eat. I went for my faithful favourite of a fishfinger sandwich but I had some serious food envy for Baby O’s Mummy’s lunch: a tandoori chicken salad. I also made the mistake of trying to feed Pickle a yoghurt without putting a bib on… I was wiping it off his face, his hair, his clothes, the table and the floor. Glorious.

After lunch, we had a little browse at The Book People’s stand, who set up shop every first Friday of the month at mac, and probably spent a little more than I should have but I couldn’t resist buying some Elmer books ahead of our next visit to mac when we’ll be seeing a theatre version of Elmer! Thought it might be nice to get Pickle in the mood beforehand. I also picked up a little set of Gruffalo board books and an Ella’s Kitchen family recipe book. 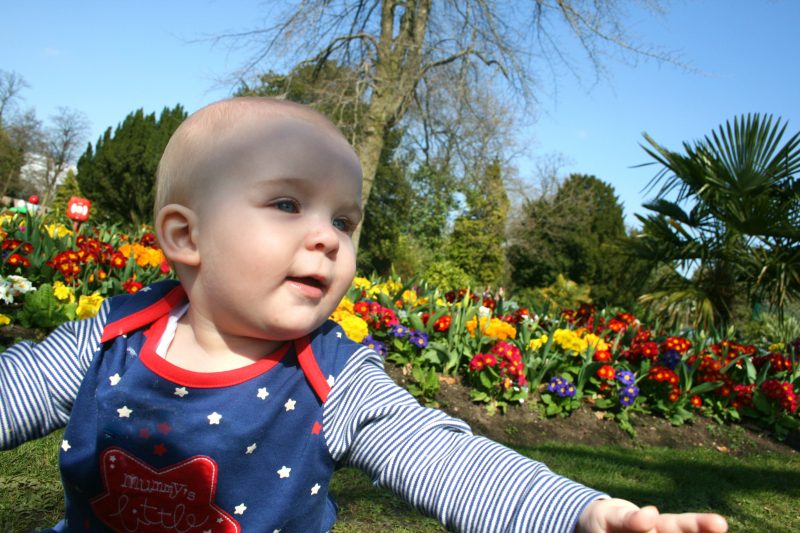 Before heading home, Pickle and I took the opportunity to explore a little bit of Cannon Hill Park, which is gloriously in bloom with the most beautiful flower beds I’ve ever seen! The sun was shining and it was nice just to let Pickle have a crawl and explore of the grass – something we’ve obviously not done much of over the winter. I figured he was already covered in yoghurt so a bit of mud couldn’t do any additional harm. 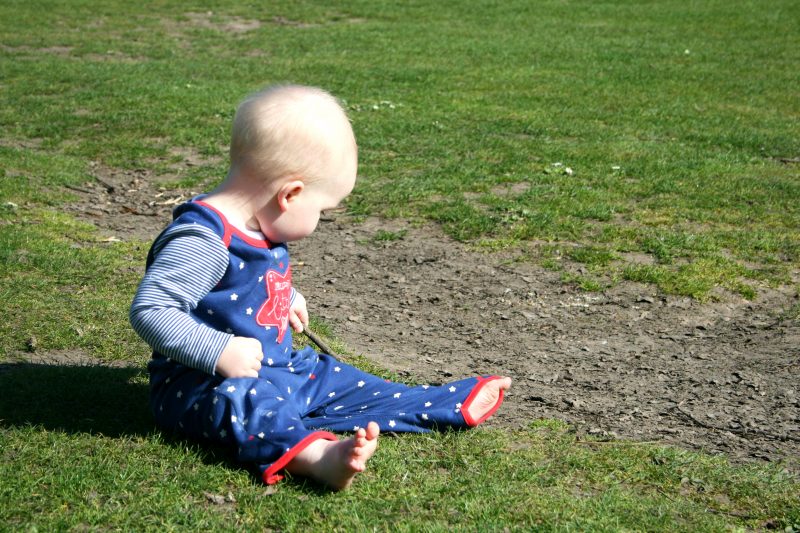 All in all, a wonderful day out. Cinema Bambino tickets are just £5 too, which makes it cheaper than most normal cinemas and maternity pay friendly! It’s always 11am on the first Friday on the month, and I’m definitely hoping to make the most of them before Pickle becomes too old. The next screening is on Friday 5th May 2017, a screening of Their Finest. See you there?

Disclaimer: we were offered a press ticket for this screening.