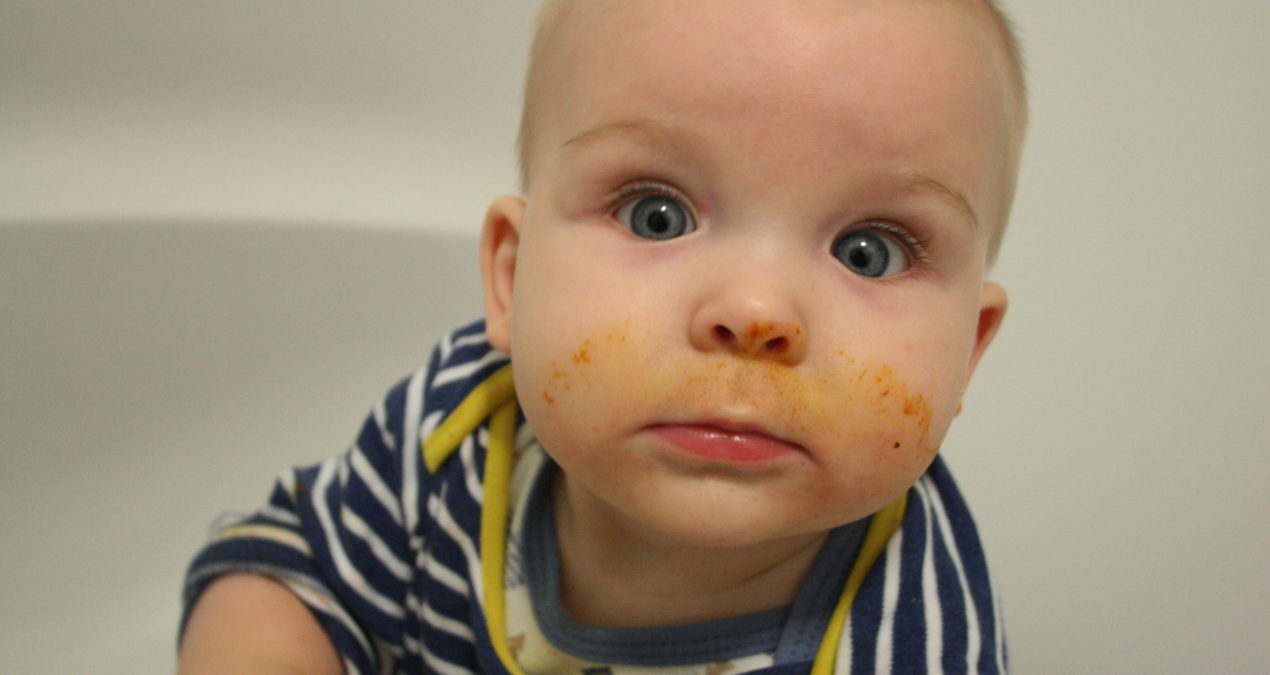 Are these my Bad Parenting Habits?

I started this blog post thinking it would be about my ‘bad parenting habits’. The things I sometimes feel guilty about or things I think I should probably change… but as I started writing, I realised that maybe these aren’t bad habits after all? And are just examples of my parenting style. Let’s be honest, no one sets out to form a bad habit. It just kind of happens, doesn’t it? Day by day, I’ve parented in the way that I thought was best, but sometimes, I feel like I’ve taken the short term easier option at the expense of the long term. Or I’ve prioritised one thing at the expense of something else. Does this make those things bad habits? Or am I just feeling the pressure from those who parent in a different way to me?

Sometimes I definitely feel like I label our habits as ‘bad’ because I’d rather I say something negative about them than risk someone else telling me I’m doing things ‘wrong’.

So, are these my ‘bad parenting habits’ or are they just perfectly acceptable stylistic choices? What do you think? 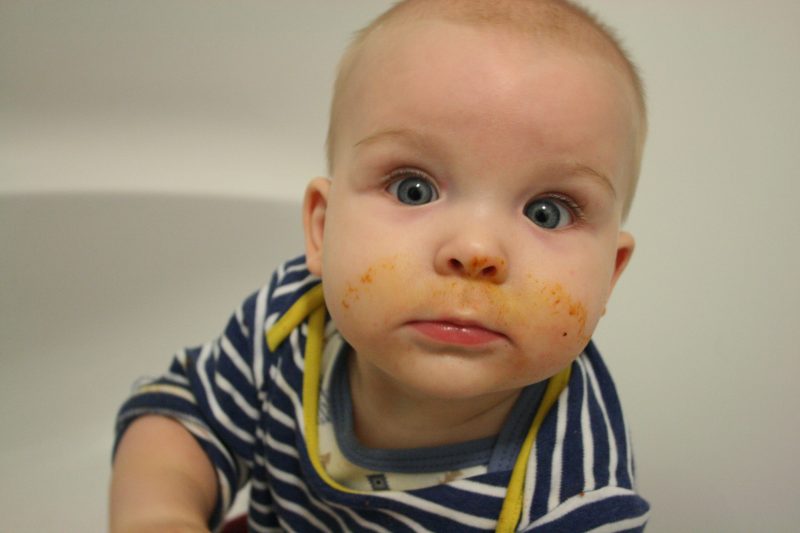 Ever since he was first born, Pickle has always fed to sleep. It’s not something I exactly planned, it just kind of happened, and now continues to happen. In fact, the only time he doesn’t feed to sleep is when he falls asleep in the car! There have been the odd occasion where I’ve successfully put him down awake for a nap but 99% of the time, he nods off at the end of a feed. I know I shouldn’t, but apart from waking him up, I’m not sure what I can really do about it. It seems cruel to wake him up when he looks so peaceful and content with a belly full of milk. But it leads to bad habit number two…

Because of the aforementioned milking to sleep, this means for the majority of Pickle’s naps, he’s snuggled up on me. On the sofa. And that is where I stay for however long he sleeps for. I’ve gotten it down to a fine art now: I always make sure I have the TV remote nearby, my phone and a drink easily to hand. Yes, I really should put him in his cot-bed and spend his naptime doing the washing up and vacuuming… but I’ll put my hands up and admit that I quite enjoy the excuse to sit and do nothing for even just half an hour. It’s the only time I have in the whole day where I can feel ‘guilt free’ (almost) about being still.

I touched on this in my baby breakfast ideas post, but I tend to give Pickle toast every morning for breakfast. Since getting lots of other ideas from other bloggers, I have ventured into new culinary territory but you know what? Pickle likes toast the best. It’s easiest. And it’s cheap. So I’m still giving him toast. 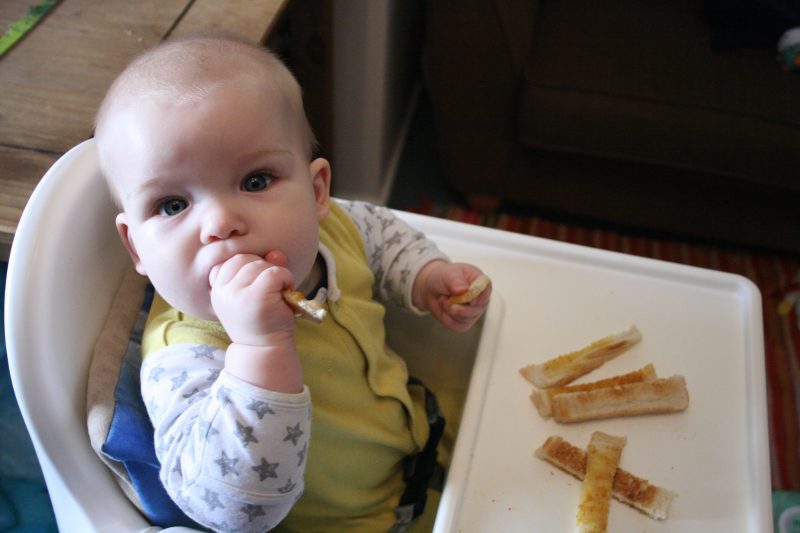 I had no idea for a long time that breastfed babies should be given vitamin drops after 6 months. Pickle is eight months old in two days’ time and he’s only had his vitamin drops… once. And I think he spat most of that out anyway. Sorry, Pickle.

As well as naps on Mama, Pickle tends to sleep most of the night in bed with us. In all honesty, it’s just easier to have him close so that when he stirs and whinges, I don’t even have to move that much in order to settle him back down and we all get back to sleep much quicker and, I think, end up getting as much cumulative sleep as possible. Yes, he probably wakes up at least every hour, but it’s only for a few minutes so surely that’s better than one big two-hour wake up? Some nights don’t quite go to plan, and it’s these nights that I question whether co-sleeping is actually doing us any long term favours but on the nights where it works – it really works. And I love nothing more than those midnight cuddles (when he is actually asleep). 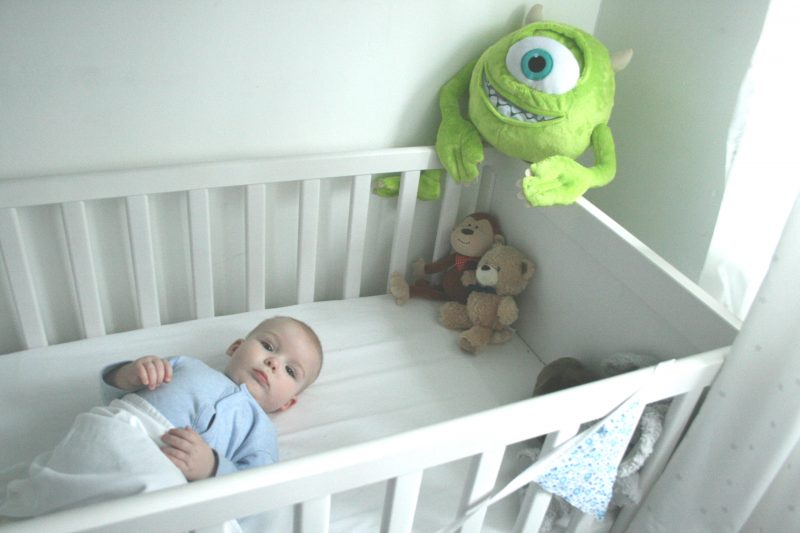 We constantly refer to how we ‘spoil’ Pickle. His needs definitely come first in our house, at the expense of everything else. If he cries, we comfort him. Whatever the time of day or night. If he wakes up in the evening, LPD rushes up and cuddles him back to sleep. If he’s grouchy in the day, I can usually be found dancing around the lounge with him, jiggling him around to cheer him up. We do whatever we can to keep him from crying.

I vividly remember a conversation I had with a friend whilst I was pregnant about mothers who pick up their babies every time they cry… I remember being adamant that I would never do that. That babies needed to learn that they can’t always demand attention by crying, and I didn’t want to ‘create a rod for my own back’. I was certain I’d hold my ground.

I had no idea how differently I’d feel once I had my own little baby in my arms. 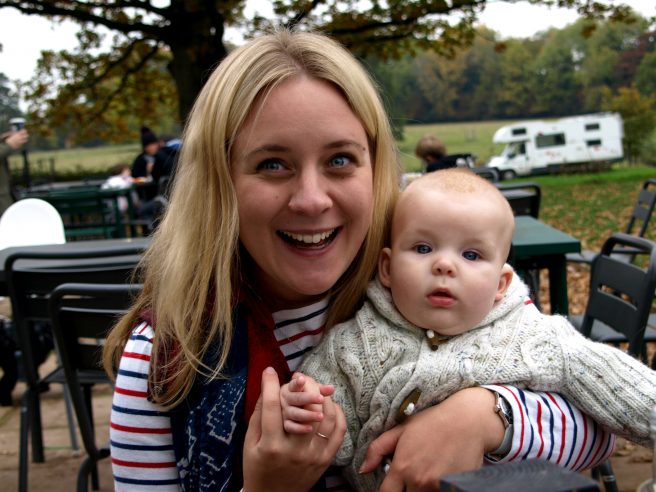 So the verdict? Bad habits or just my style?

I was hoping writing this post would be cathartic. And it has been. I started off by wanting to write a list of my ‘bad parenting habits’ and as a result, I feel like I’m actually owning these habits as my own parenting style. I’ve done quite the U-turn! I’ll continue doing these things for as long as they work for me, and our little family. I’m going to stop calling them bad habits, and not feel the need to justify every single parenting choice.

Christmas at the Botanical Gardens with #BrumBloggers

How to Photograph your Toddler