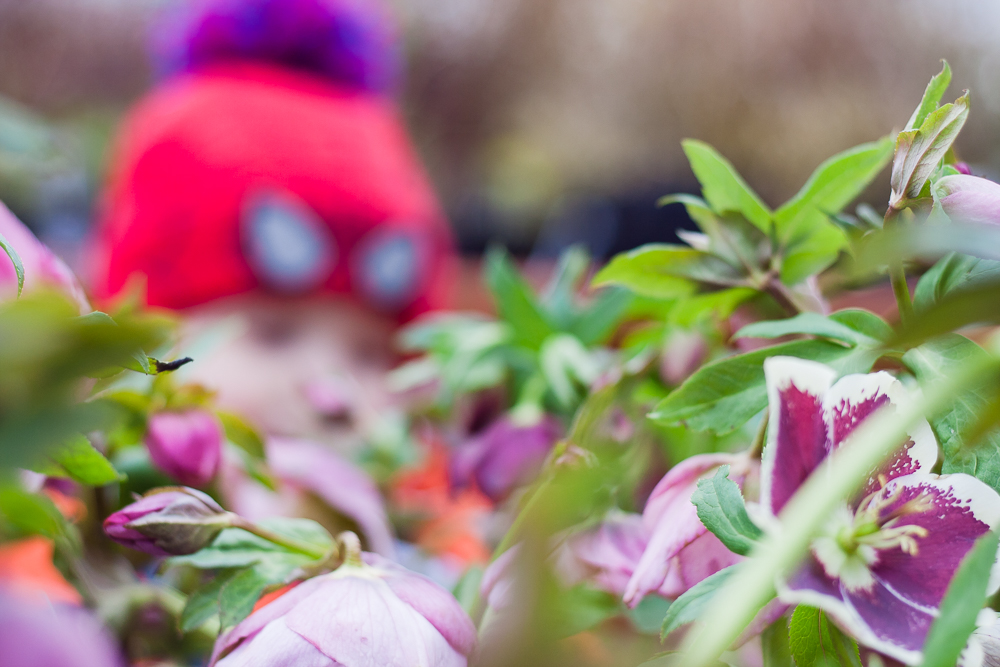 My Mother’s Day at Charlecote Park

I didn’t need asking twice about what I wanted to do this Mothering Sunday: I wanted a family trip out to a National Trust property. And it was pretty much a no brainer for us which one to choose – Charlecote Park is located just outside of Stratford-upon-Avon and we literally have to drive past LPD’s Mum’s house en route so it was easy to pop by and see her too. Two birds, one drive.

Our Last Visit to Charlecote Park

We’d not been to Charlecote Park since our Halloween trip when Pickle was only about five months old. Back then, we’d only just started using our Beco Gemini baby carrier and we went on a long walk around the fields with both the pushchair and me using the carrier. It’s so weird to look back – I’d only just starting using a DSLR camera (I think I was borrowing my Dad’s at this point), and I took what is still one of my favourite photos of Pickle. 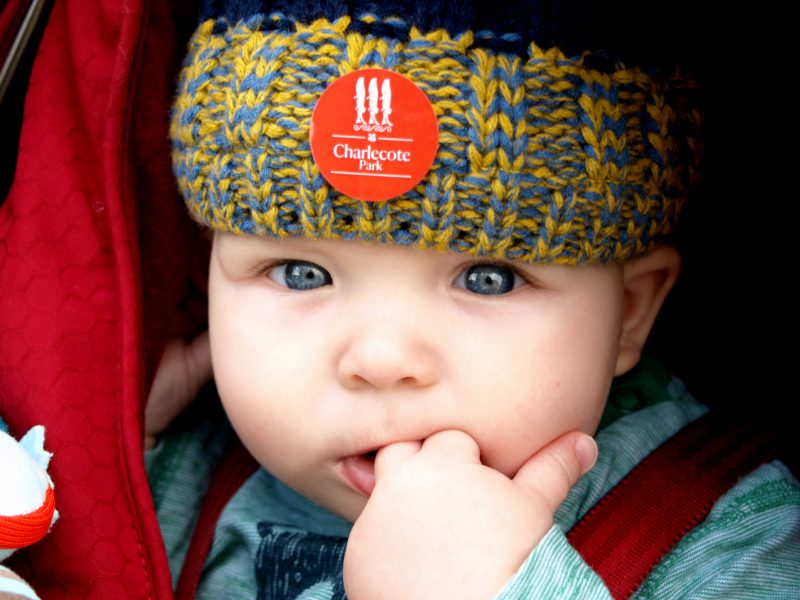 A what a difference 18 months makes! I hope I always remember running around the little garden section outside the café with him – how determined he was to help build a pretend campfire to copy another little boy. And how much he obviously looked up to and wanted to play with the older boys and girls. I don’t mind if I forget his little tantrums at not being able to explore further, whilst we waiting for LPD to stand in the longest queue ever to buy cups of tea and cake. Although, I suppose that’s all part of a normal Mother’s Day! 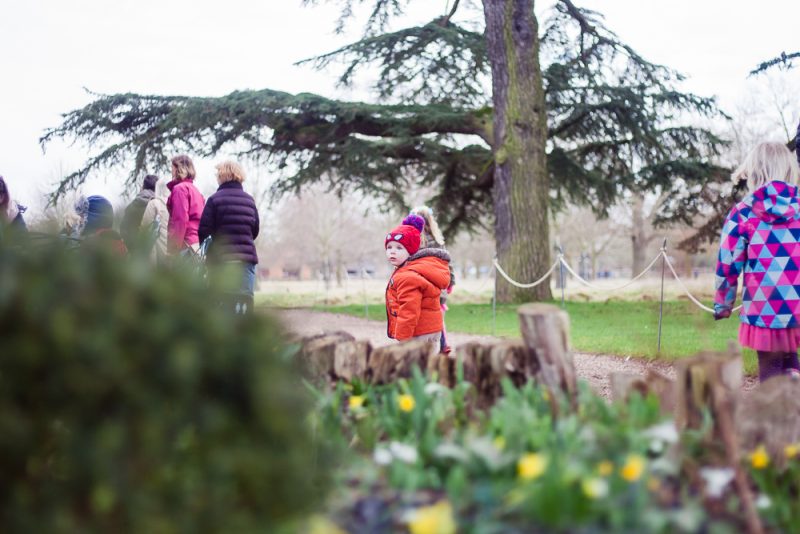 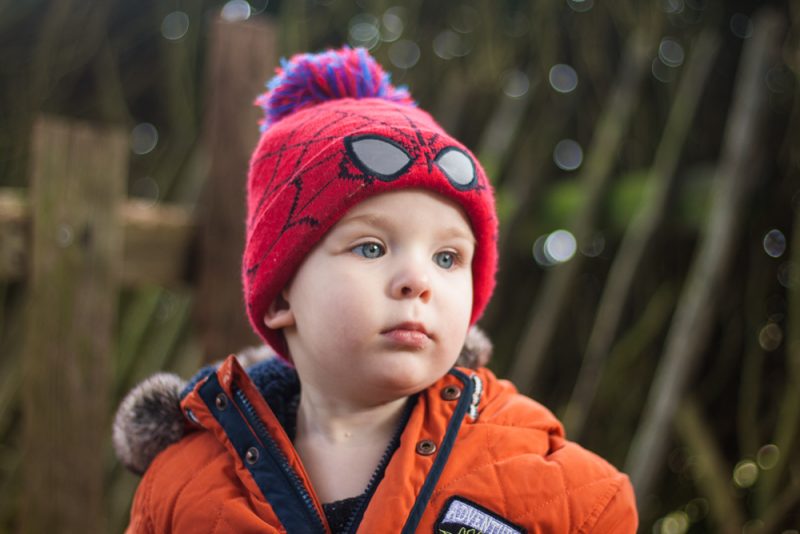 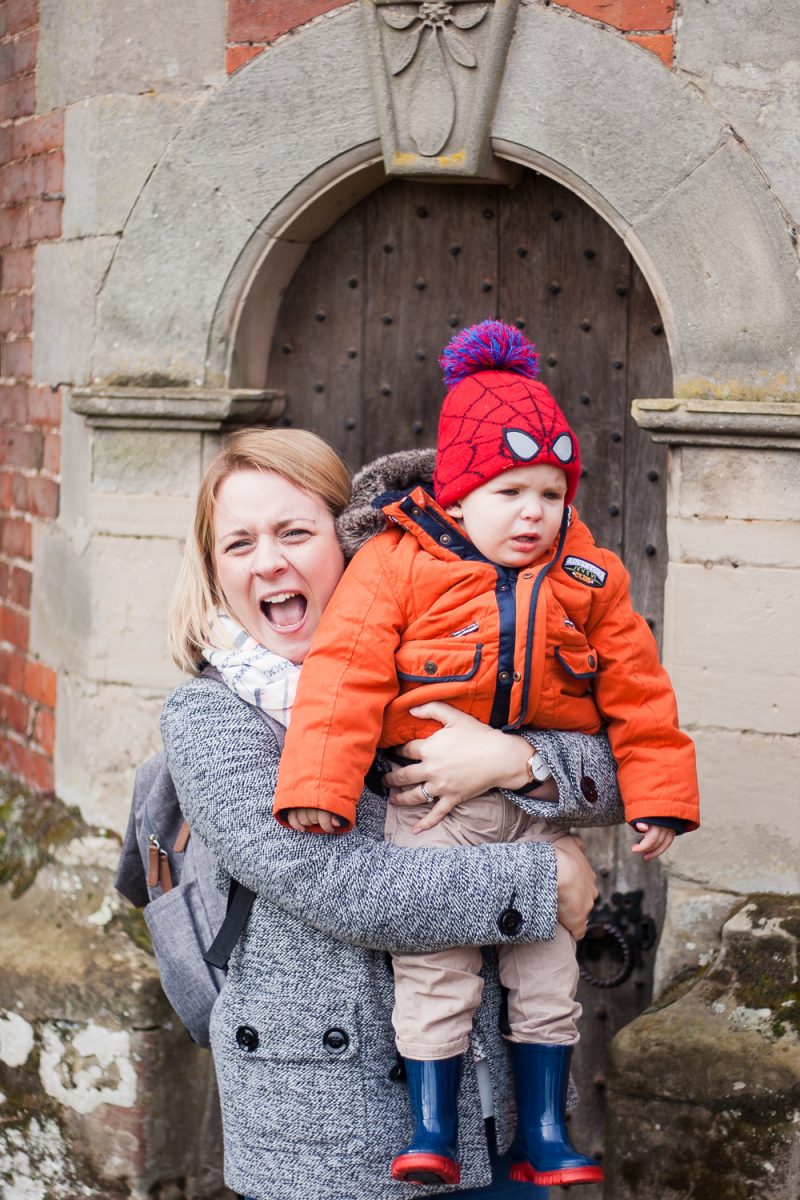 But he made up for it by being cheeky and happy, eating his snacks, mushing up his cheese sandwich and feeding me Pombears. And getting far too excited about chocolate brownie. I mean, look at this face. You can really tell he’s on the cusp of entering the Terrible Twos, can’t you? He thinks he’s hilarious. 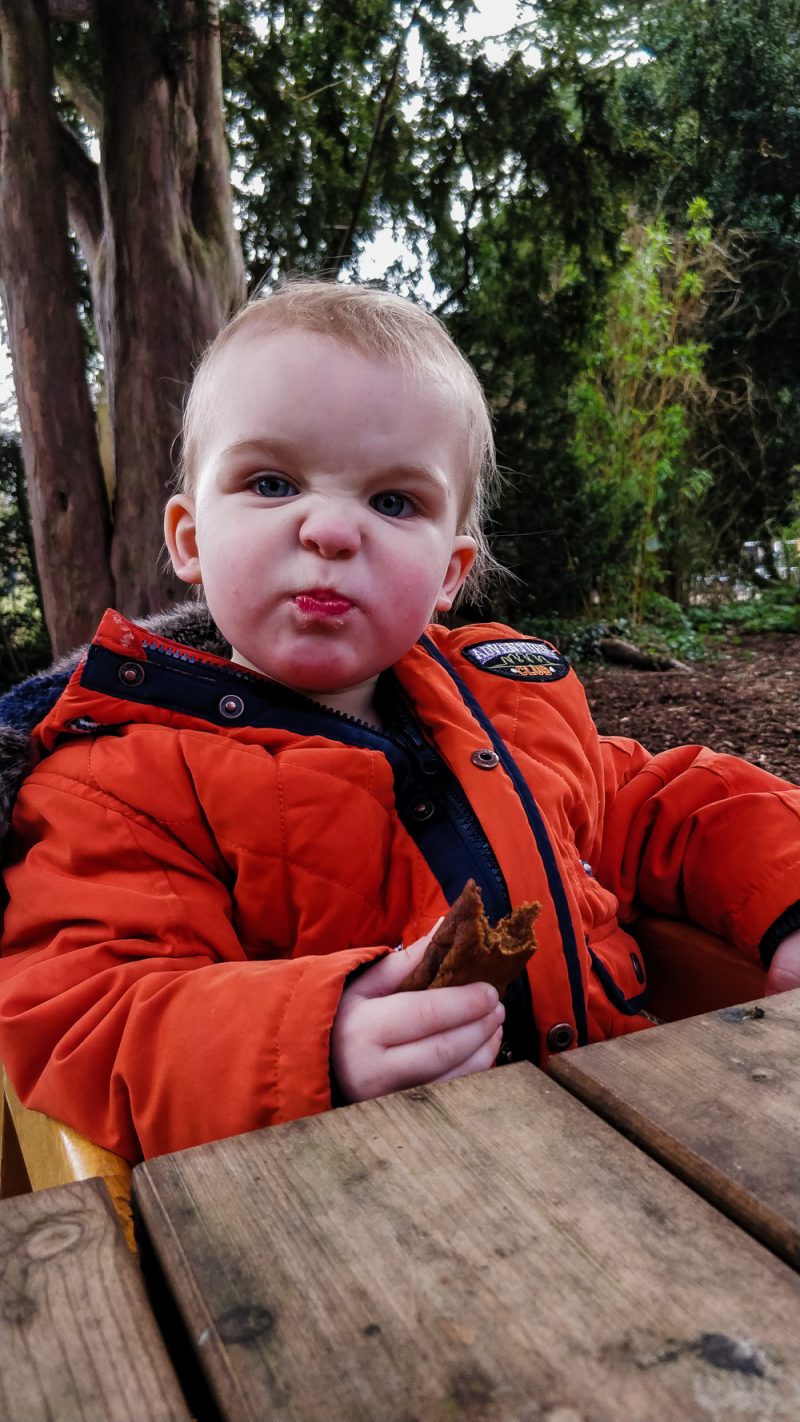 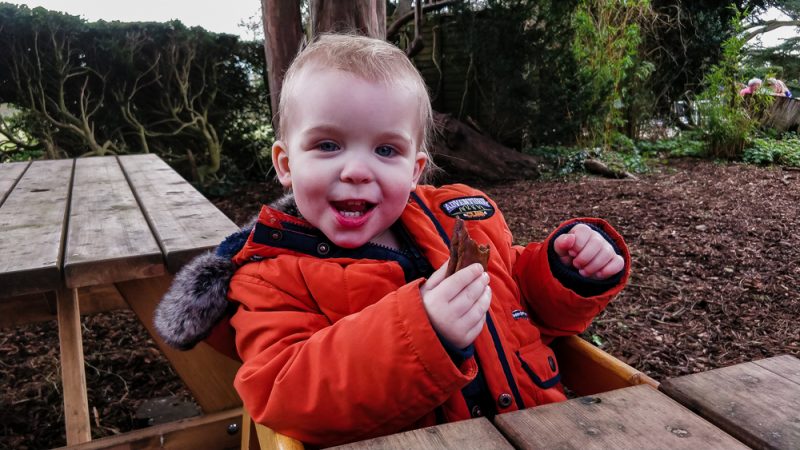 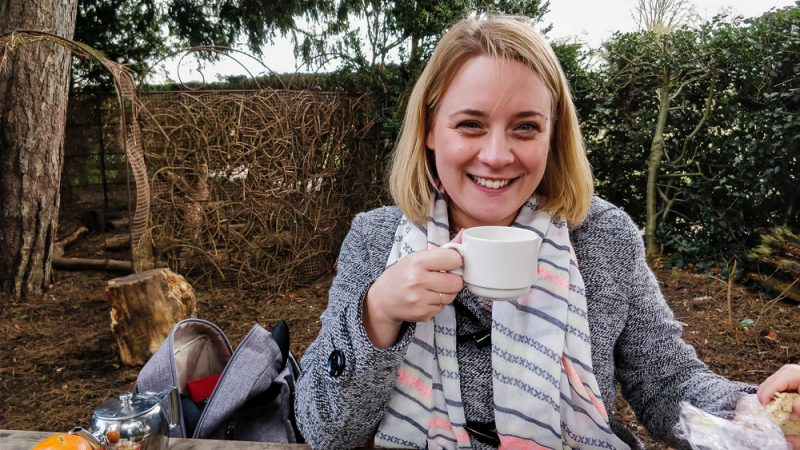 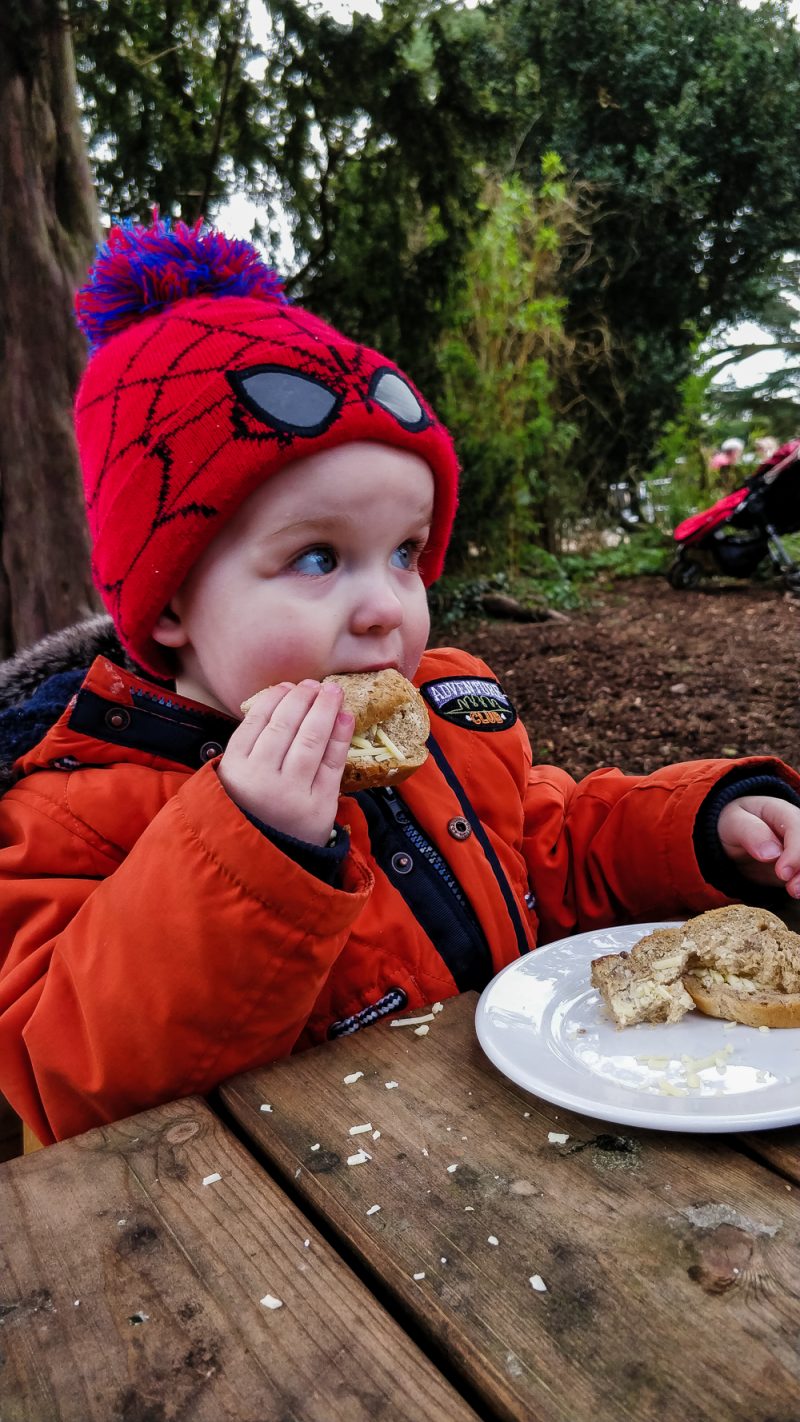 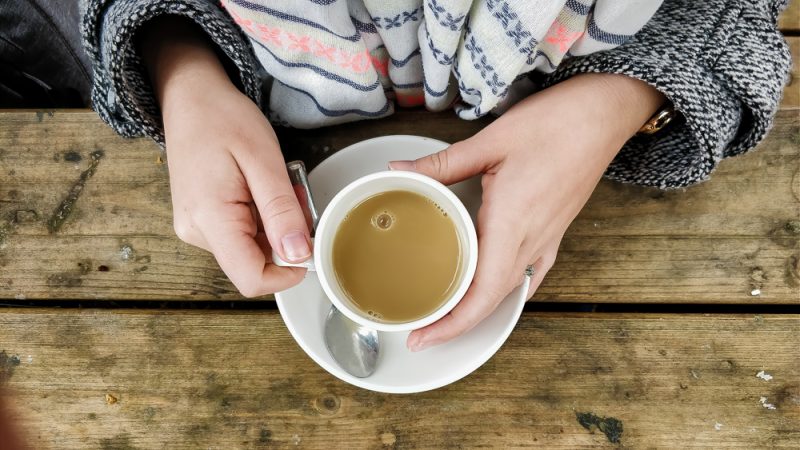 Totally on a tangent, but I decided when I started my new job that I’d stop adding sugar to my tea – and so far, so good! I’m hoping the odd teaspoon saving of sugar is doing wonders for my nutrition, although, in reality… I think I’m more than making up for it in increased chocolate consumption.

After our snack break, we wandered around the gardens. Pickle loved running in circles around the winding paths and I think if we’d have let him, he’d have splashed in this puddle for the rest of the day. Look at those trousers! I’m ordinarily not too fussed about him getting muddy (comes with the territory of trying to raise outdoors-loving children, eh?) but I did start to get a bit uncharacteristically anxious about it as I wasn’t sure LPD’s Mum would particularly want him rolling around on her cream carpet with those dirty knees! Thankfully, I did find a spare pair of trousers in his change bag later in the day, but again… the less said about that particular tantrum the better. This kid just doesn’t like clothes at the moment! 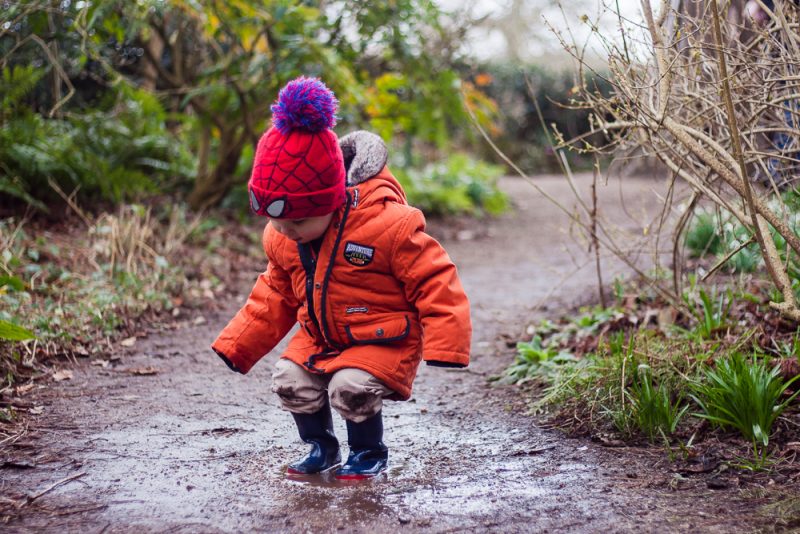 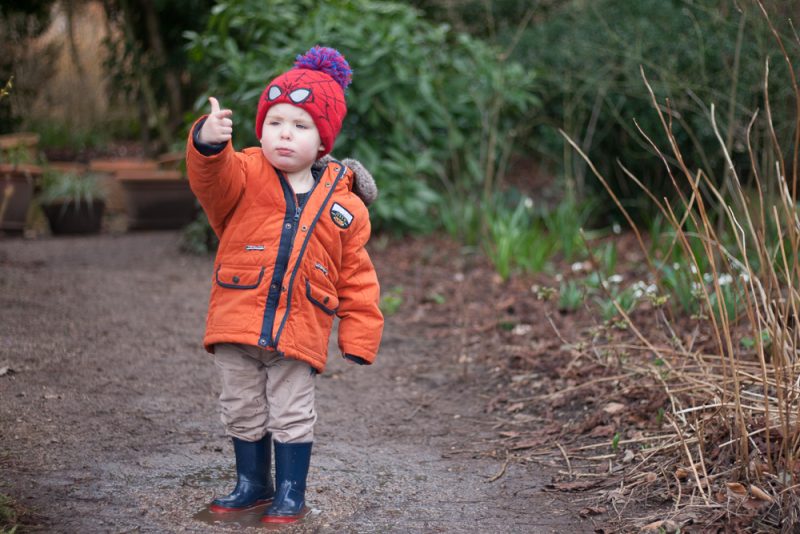 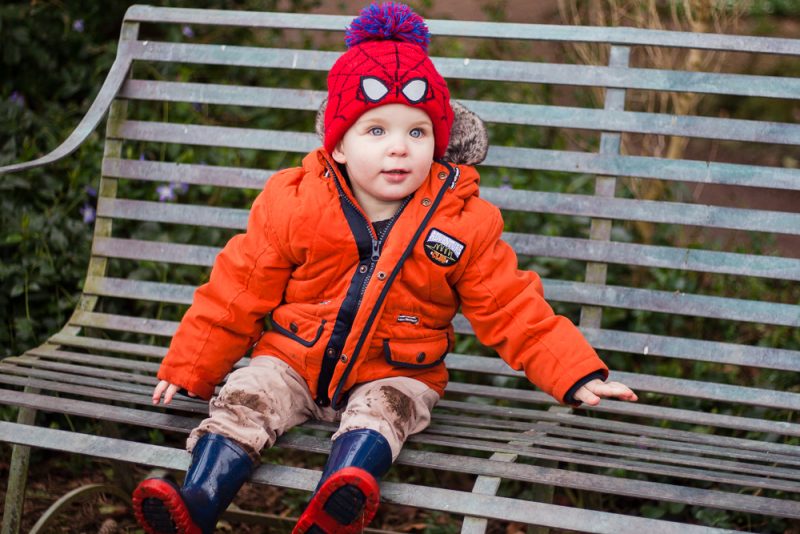 How could you say no to that face? He may not be able to vocalise what he wants yet but he sure knows how to let us know in other ways – that photo above perfectly captures him asking LPD to sit down next to him. I know it’s a bit silly, but I just love it when he takes my hand or shows that he wants me to do something with him. It absolutely melts my heart, but it melts even more when he chooses LPD over me. Thanks to breastfeeding, I know I have a very close bond with Pickle, and I worry sometimes this has been at the expense of LPD. So when these little moments show that he values his Daddy just as much – it really means the world. 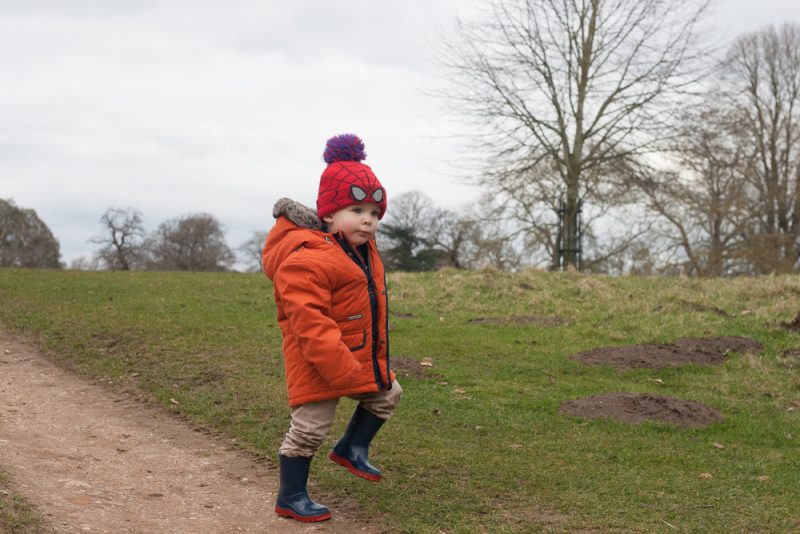 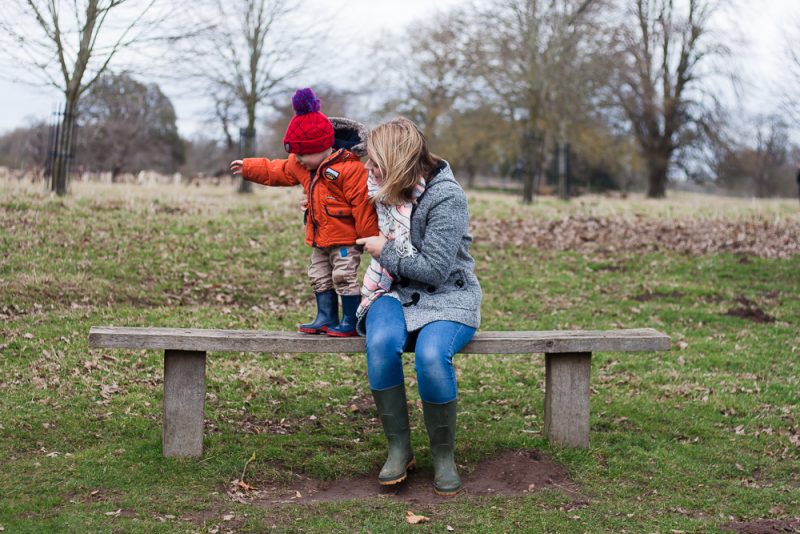 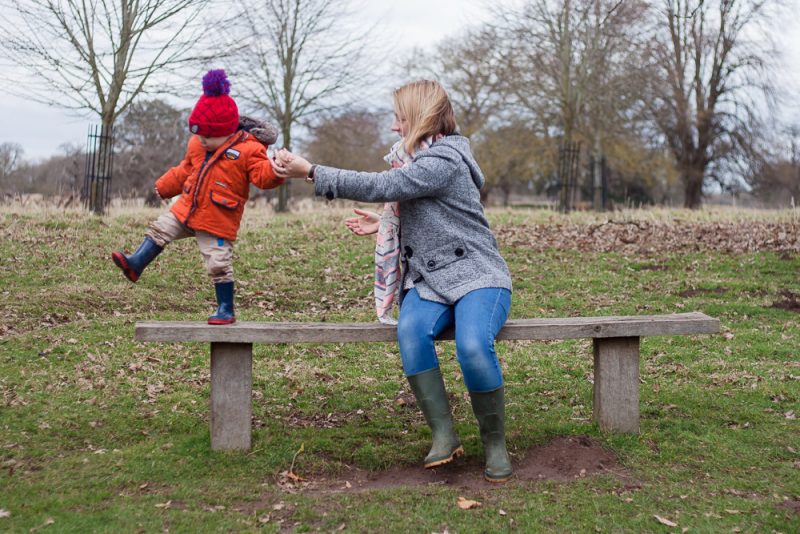 I was spoiled with a few handmade treats Pickle had worked on in Nursery (a handprint card, some handmade chocolates he’d sprinkled with hundreds and thousands, and even a ham and cheese sandwich!) as well as a little jug of flowers for my desk at work (good work, LPD – just what I said I wanted in my Mother’s Day Gift Guide, even though you didn’t read it!). The only thing I could have wished for… was a nice photo of Pickle and I. But, he was too keen on exploring. So the above will have to do! 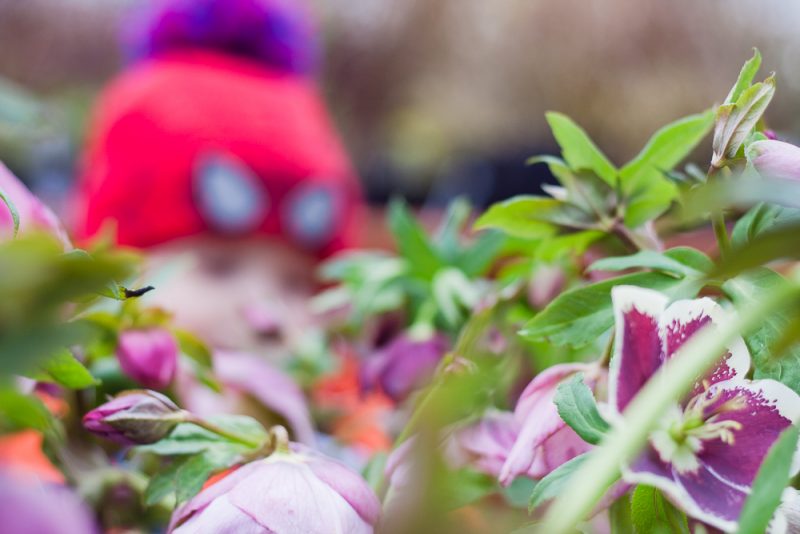 Whatever you got up to on Mother’s Day (whether you are a Mum – in whatever shape or form, have a Mum, have lost your Mum, or are hoping to become a Mum), I hope you were able to share a day with the ones you love. I know this day can be difficult for so many, and I feel so very privileged to have enjoyed time with my Mum, LPD’s Mum and my boys.

Days Out, Family Life, Get Outside, Hiking