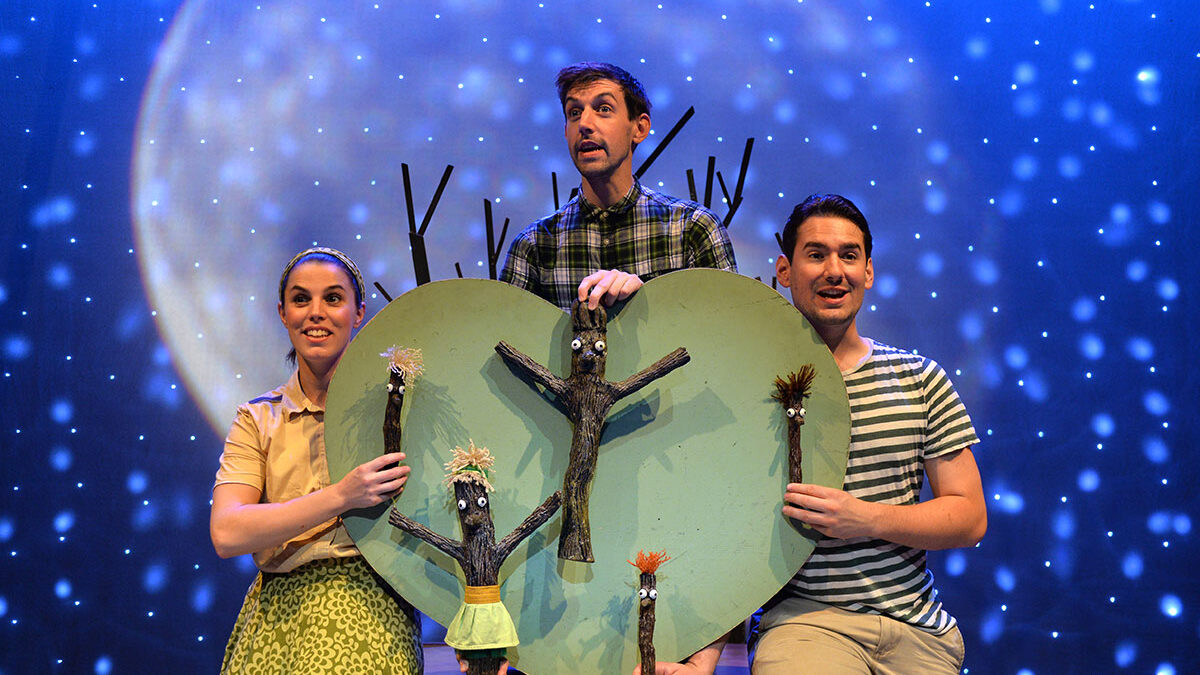 Who doesn’t love a little bit of Julia Donaldson? Right from when he was just a few months old, our Donaldson board books have been highly amongst Pickle’s favourites – in fact, I rarely attempt a lunch out or a coffee date without taking Postman Bear* with us. I was, obviously, delighted when I heard the Town Hall in Birmingham had programmed in a touring production of Stick Man by Scamp Theatre and after we’d finished off our Christmas Dinner, walked off the pudding on our traditional Boxing Day Clent Hills walk, we headed into town on 27th December to take in the show. 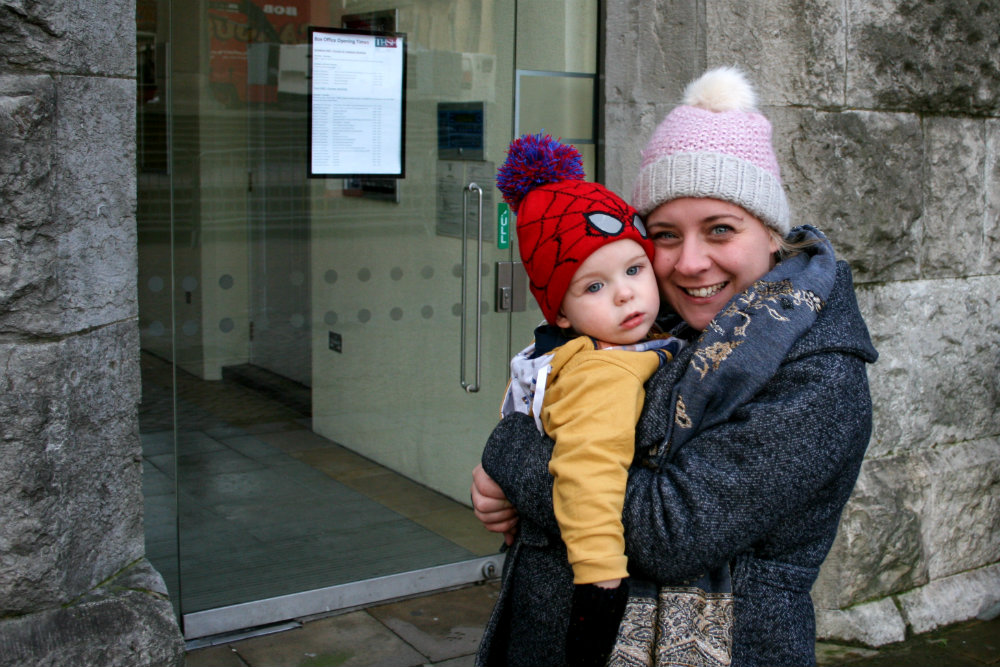 It was a bit of a gamble, as it was billed as being most suitable for children three years and over, and Pickle is a long way off that (he’s almost 19 months old). I thought it was worth the risk, as in the past, he’s been absolutely captivated by shows aimed at a slightly older audience (In a Pickle springs to mind, as well as The Snowman). I was fairly confident that he’d be able to handle it, but despite my optimism, I’m not sure the gamble quite paid off this time… Once the snack packs of raisins had been demolished, we had a very fidgety Pickle on our hands, desperate to escape, unable to resist the lure of running up and down the stairs. He held out strongly for probably two thirds of the performance, but there was definitely a cut-off point where, all of a sudden, you could tell a lot of the younger audience members around us were struggling.

The Town Hall is one of the most beautiful venues our city has, and every time I visit, I’m drawn to the breathe-taking organ pipes visible (a whopping 70 feet high – the same as two double-decker buses!). It immediately sets the scene for something grand and impressive, and I think Stick Man was just a little too small of a show to fill such an impressive space. With the full use of the stalls, the circle and the choir seats, the Town Hall can accommodate over 1,000 audience members – certainly the largest venue I’ve seen a children’s performance in to date. In comparison, Stick Man is also currently at the Leicester Square Theatre in London (where it’s been running since 21st October) and their seating capacity is 400 – still a fairly sizable auditorium for a children’s show but I can imagine a much easier stage space to fill. It’d be really interesting to experience them both to see how much of a difference the venue size makes to showcasing the performance’s true vibrancy. 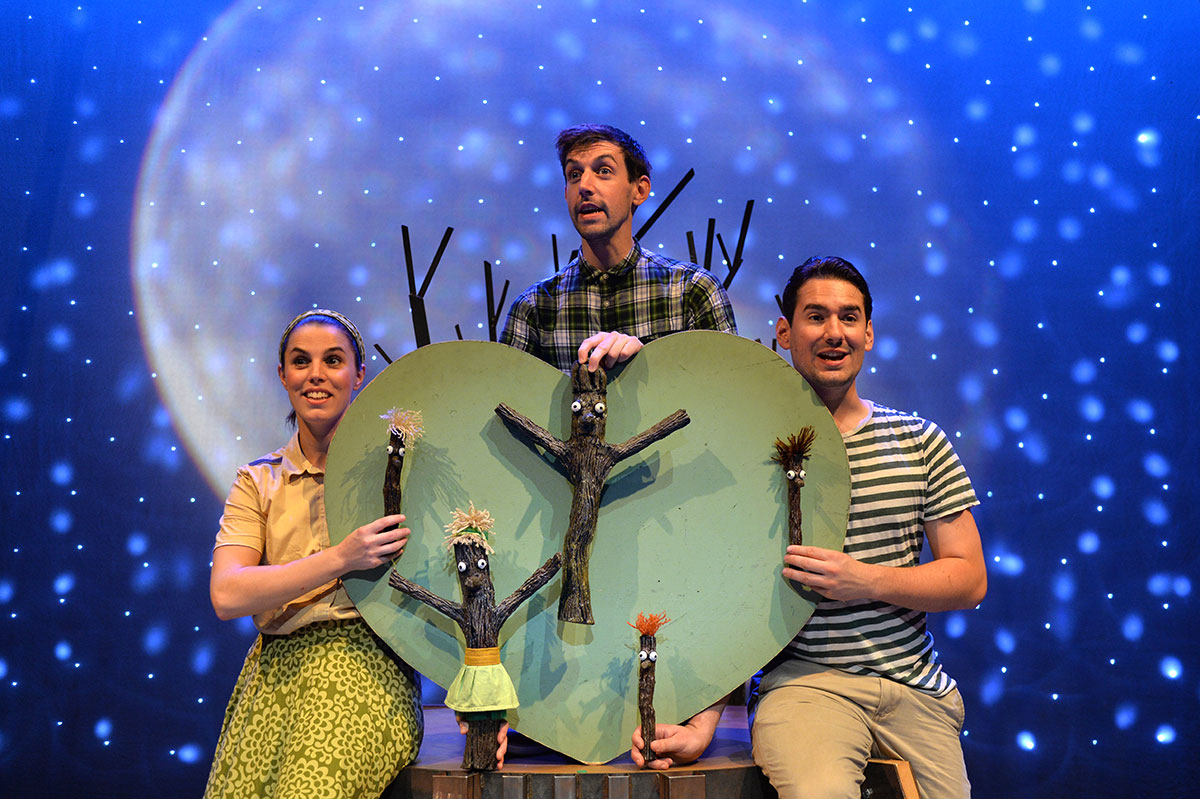 Despite having a split focus between the show and trying to keep Pickle under control, I did really enjoy the performance. Full to bursting with energy, catchy music and sharp, carefully choreographed movement, this stage adaptation does wonders in bringing the story to life. The three actors work perfectly as a little ensemble, using sound, puppets and bucket loads of charm that delighted both the adults and children (those who were more appropriately aged than ours, anyhow)! Throw a few bits of audience participation into the mix, and an appearance from the big man himself (I’m talking about Father Christmas, obviously), and it’s a wonderful treat for all the family to enjoy this holiday season. 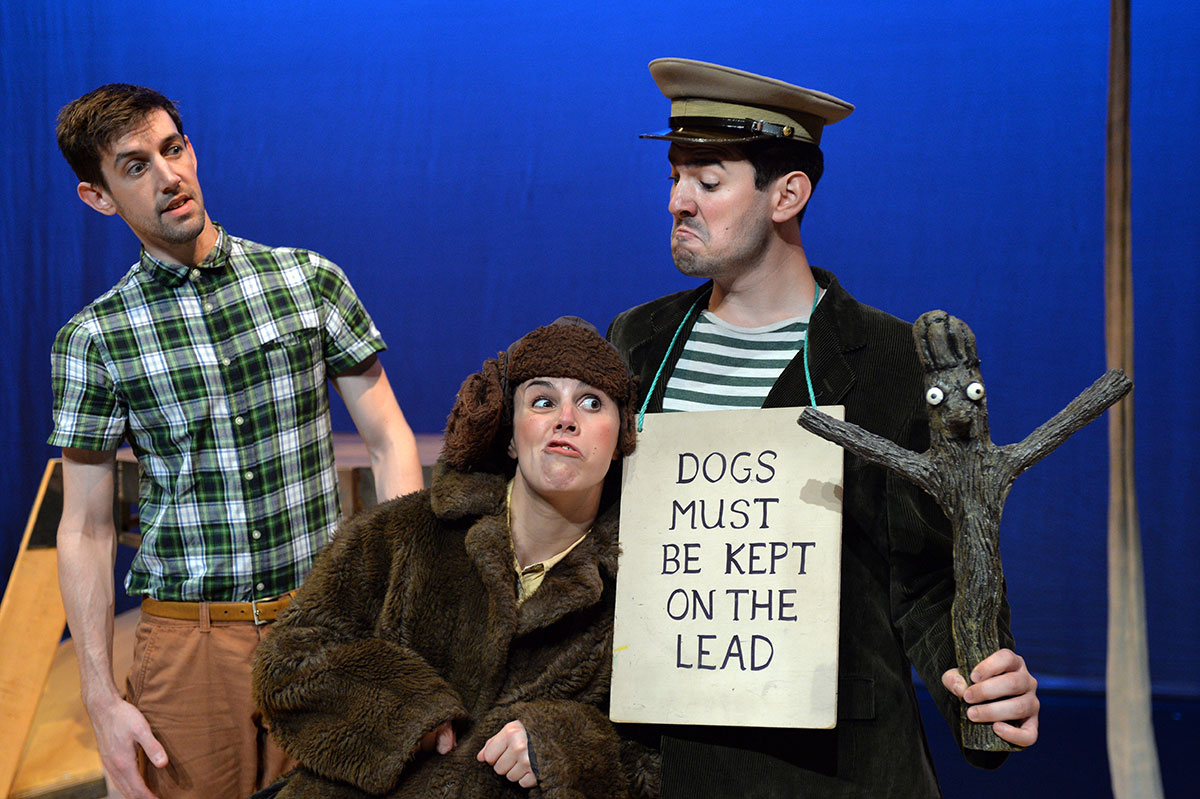 I’d definitely recommend sticking to the aged three plus guidance, and when booking tickets, I’d try and get fairly close to the stage if you can. The stall seats aren’t raked but the Town Hall do offer booster seats for little ones, and the front of house team are wonderfully helpful. I think I’d be writing quite differently about our experience had we been seated somewhere differently –  we were fairly near the back of the circle, which feels like a long way from the stage. After three years of working at the Royal Shakespeare Company, where the longest distance an audience member can be sat from the stage is only 13m, and a year of mainly watching smaller studio based performances, I think I’ve been a little spoiled in that respect. 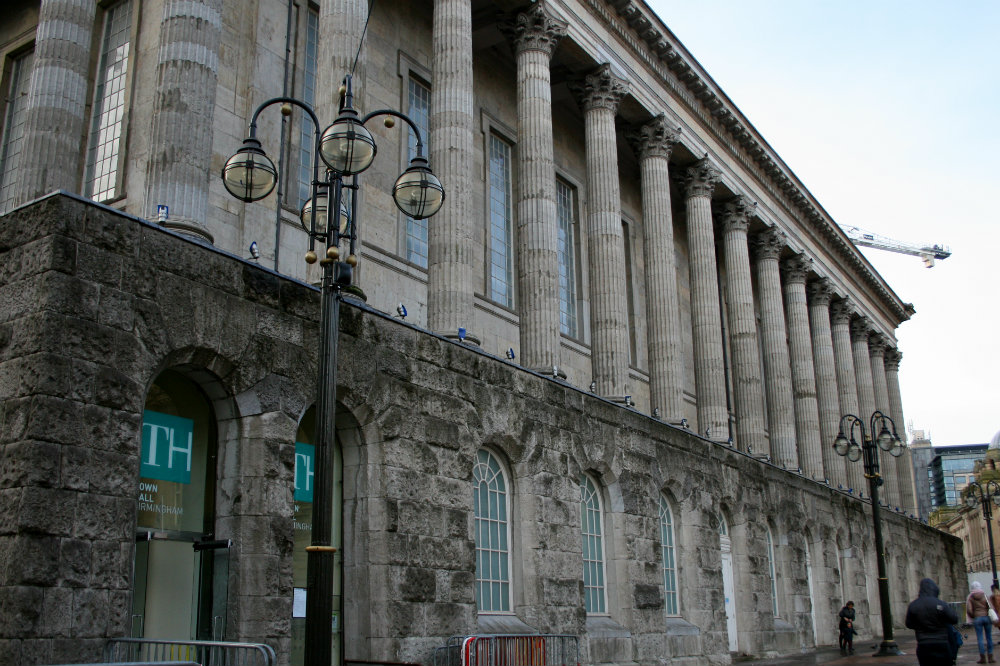 If it’s really obvious where to look, Pickle’s attention can be held for much longer, without lots of distractions around. The further back we sit, the more there is to take his eyes away from the stage and, before you know it, other children, the change bag, or even the very smart looking hat on the seat next to him belonging to the gentleman sat beside us become irresistible. I did end up crawling under the seats with him at one point to try and stop him crawling underneath LPD’s legs to reach the stairs. The things we do to try and keep our children quiet, eh? I did think the set could have been a little more dynamic, but again, I think this had more to do with being outdone by it’s impressive surroundings. I’m sure I’d be saying very different things had we seen it in a smaller black box studio.

All in all, we had a lovely day out. The hospitality of the Town Hall staff was second to none. We were wonderfully looked after by Lauren Morton, their Communication Officer and I had a lovely chat with Programme Manager Chris Proctor who has scheduled in some great family programming for the upcoming season. It was also a treat to see the lovely Small House Big Trips family again (Pickle particularly enjoyed chasing in circles after their gorgeous girls!), and wonderful to meet Kelly from To Become Mum. I very much hope to be back soon to this gorgeous venue, and might keep an eye out for something that just LPD and I can enjoy for a much needed date night.

Disclaimer: we were offered press tickets and attended a Bloggers Brunch in order to review this performance. All opinions and views remain my own. This post contains Amazon Affiliate links – if you decide to purchase, this doesn’t affect the price you pay but I receive a small referral fee.

The Ordinary Moments – Bites and Bruises