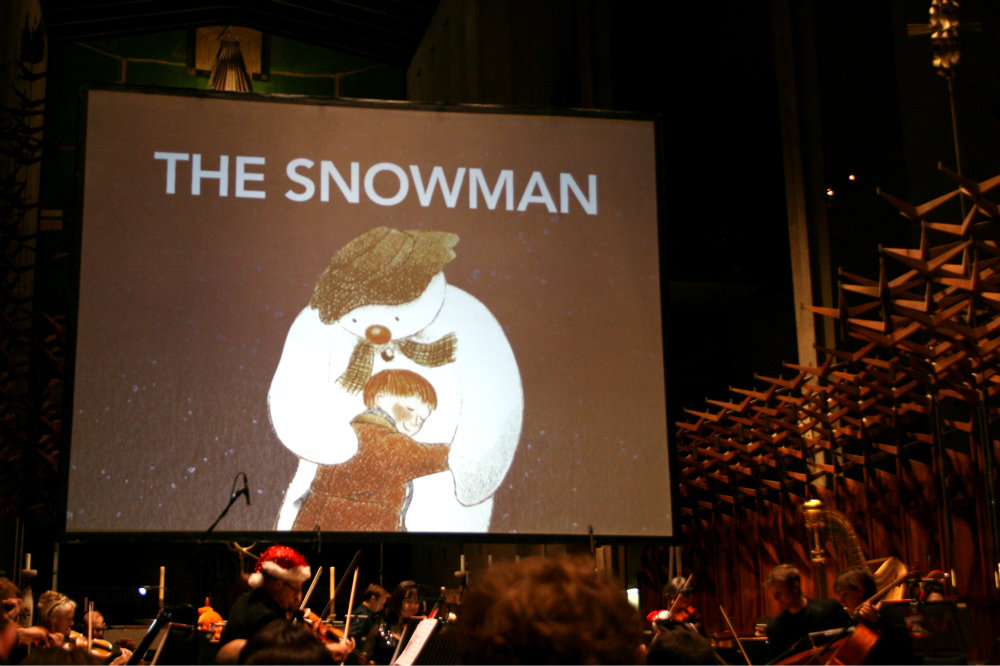 Well, we couldn’t have picked a more appropriate weekend to go and see The Snowman Tour! Less than twenty-four hours after we ventured to Coventry (newly appointed City of Culture 2021, don’t you know), we were building our very own Snowman, complete with bowler hat, scarf and multicoloured buttons. Thank goodness that the snow didn’t start falling until after we’d returned home as I’d have been absolutely gutted to have missed what was a completely magical evening. 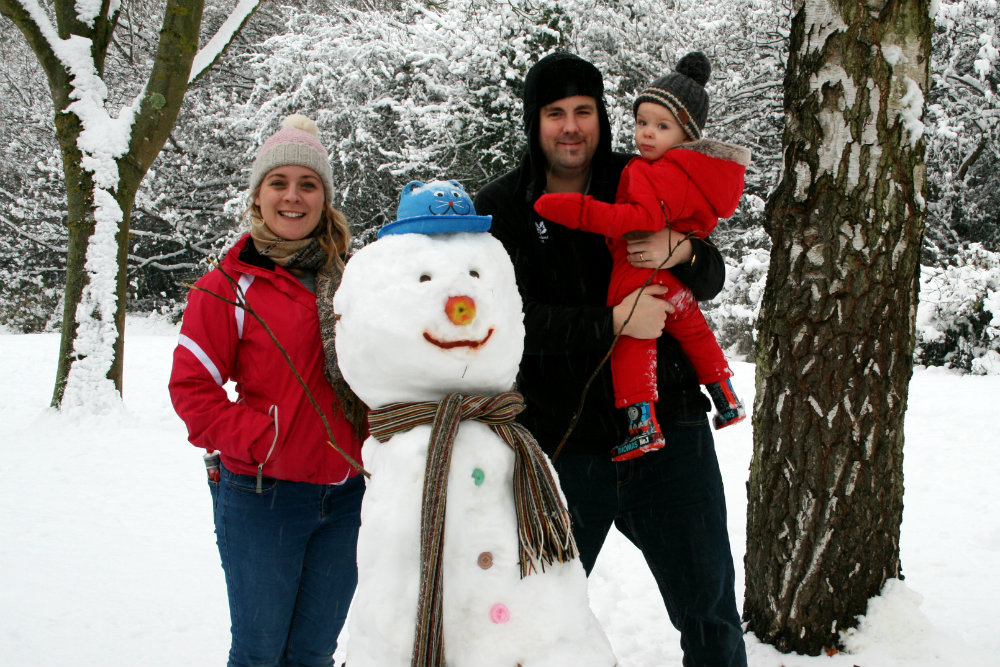 After a bit of a nightmare trying to get a parking space in the world’s most frustrating car park, we toddled up to the Cathedral, not really knowing what to expect but hoping it would make the horrific journey worth it. As is always the case with these things, I was worried whether or not Pickle would sit still and I was praying the backpack worth of snacks and treats I had would do the trick.

Coventry Cathedral is a wonderfully impressive building. It’s history and symbolism is incredibly poignant, with the new Cathedral building sitting next to the ruins of the old one, destroyed by bombs dropped by the Luftwaffe in 1940. The remains were left to serve as a reminder of the ‘folly and waste of war’, and I’d love to return soon in the day time when Pickle’s a little older and can appreciate it all. Our performance began with a lovely welcome from the current Dean of Coventry, The Very Reverend John Witcombe, and the combination of his friendliness, the architecture, and the excitement in the room was a great advert for the spirit of Coventry.

After a bit of a struggle to get Pickle in our seats – he just wanted to explore the Cathedral, I can’t really blame him – I fished out the snacks and kept my fingers crossed. The show was an hour long without an interval, the longest performance he’s been to. Rows and rows of seats were set out in front of a huge projection screen, under which the musicians were seated. It all started with a festive Christmas overture – which immediately showcased the incredible talent of the orchestra. The arrangement was magical, and Pickle was captivated. Phew! 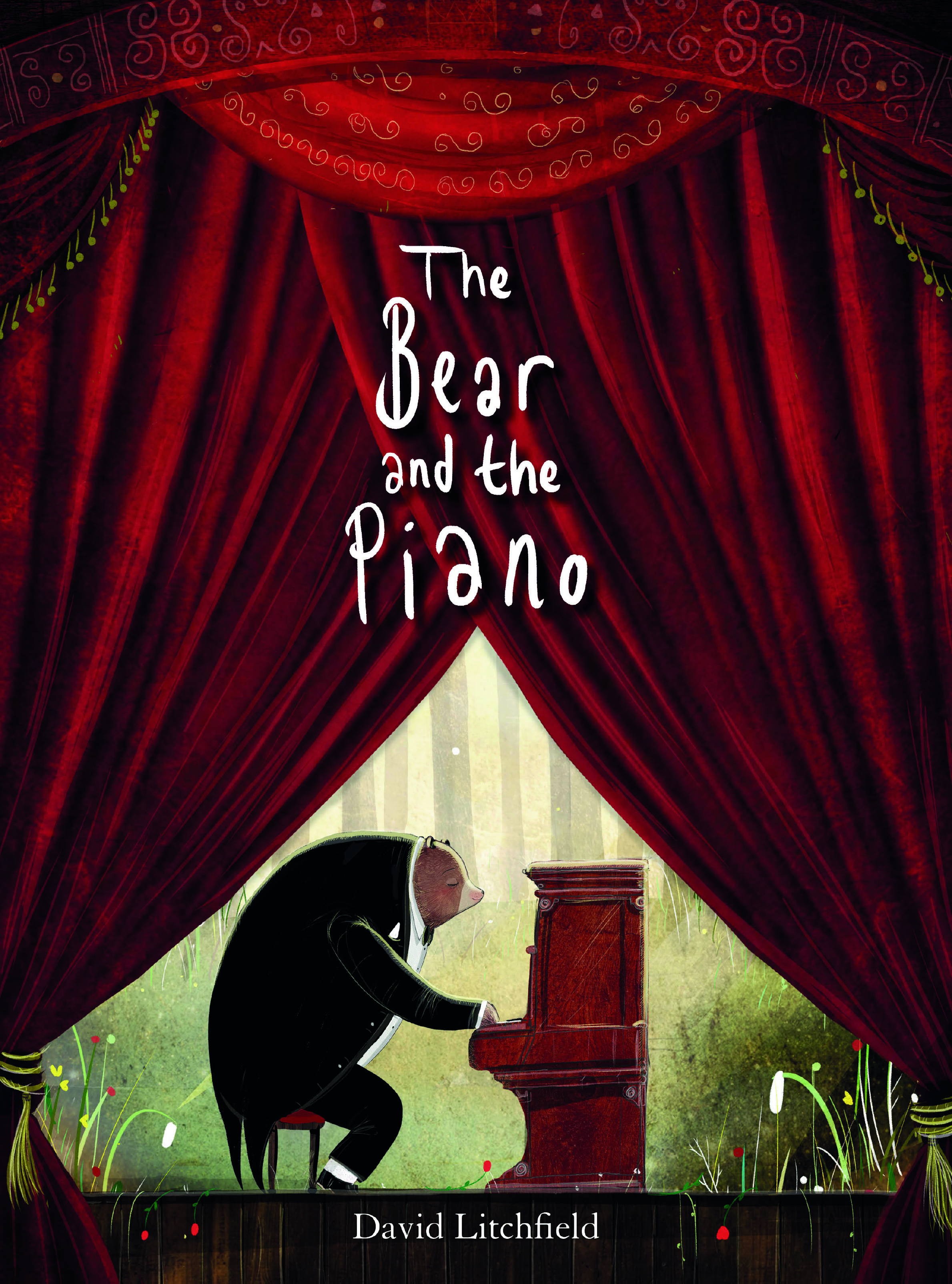 After a wonderful and clever little introduction to all the instruments (an unexpected treat!), the first of the animation double bill began: The Bear and the Piano by David Litchfield, narrated by Joanna Lumley. It’s a lovely book! The illustrations are beautiful and the accompanying music really helped to tell the story. Having the snacks close to hand definitely helped, and I was ridiculously proud of Pickle when he offered to share his sweets with the family sat behind us. Super cute. 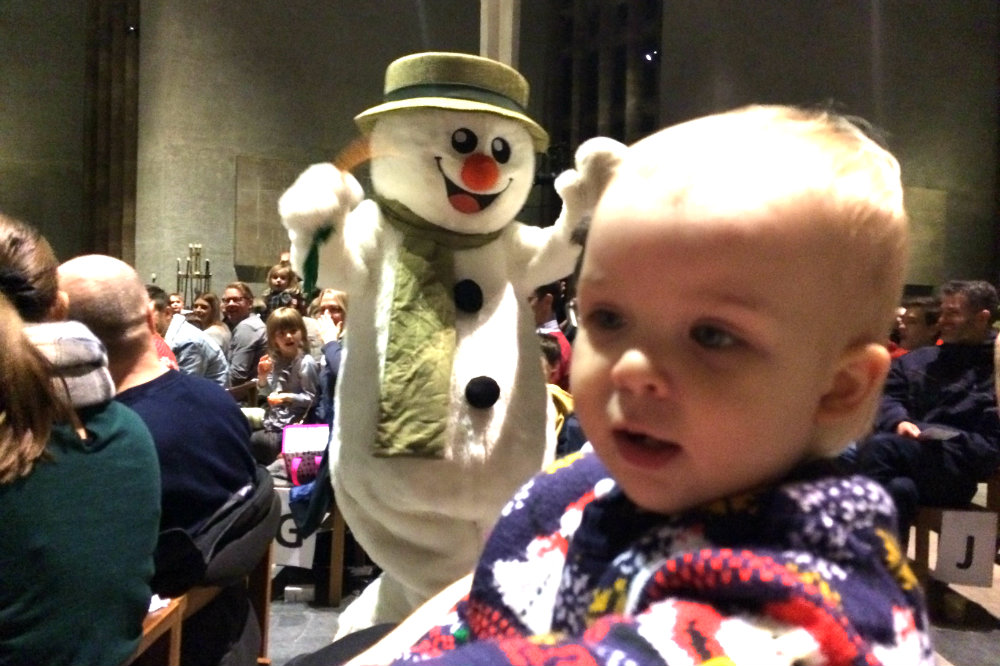 Apologies for the terrible phone photo… but had to be quick to capture this one!

Before we knew it, it was time for the main event: The Snowman, with a quick visit from the man himself beforehand! As it began, Pickle climbed up onto my lap, and we watched it together with his little face next to mine in a snuggly cuddle. I was really impressed with how it kept Pickle engaged – he’d already been sat for over half an hour – but he was totally absorbed. I whispered to him now and then to talk about what we were seeing, which I always think helps. It’s been a long time since I last watched the whole of The Snowman animation, and there were so many bits that I’d forgotten. I particularly liked that the furniture in James’ house was pointed towards the fire rather than the TV!

As it came to a close, and the credits for the film starting rolling, we all held off our applause until the music had completely finished – wanting to listen to every single note. The orchestra took a very well deserved bow and it was time to begin our journey home (which thankfully, was much less stressful than the journey there… even though LPD kept ranting about what a death trap the ring road is). 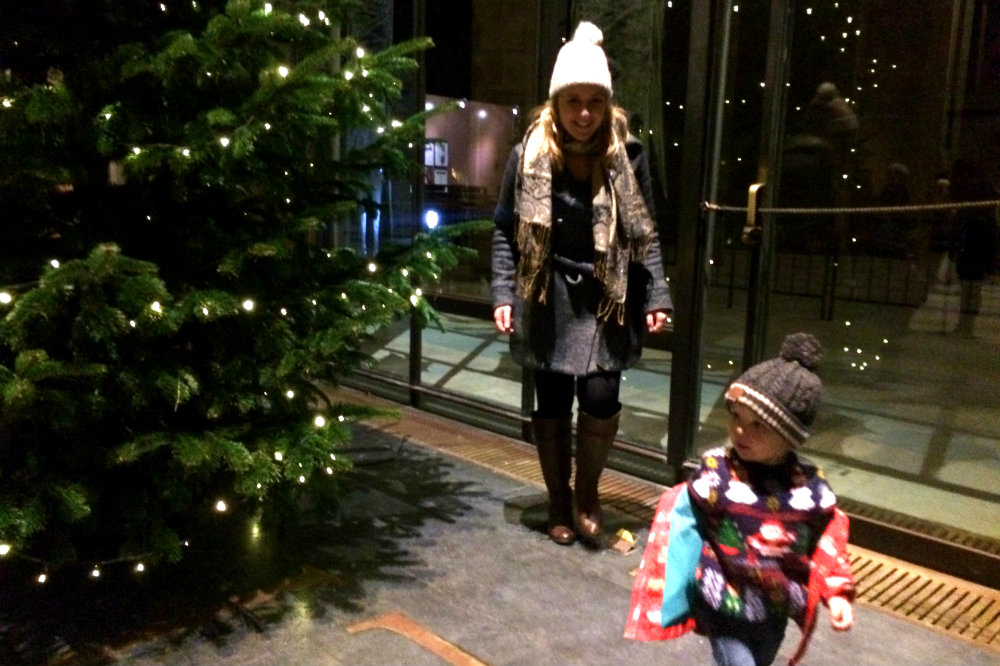 Believe it or not, this is one of the better photos LPD managed to take… Low light photography is not his forte!

If you’re lucky enough to live near one of the venues that hasn’t sold out yet (Blackpool, Stoke-on-Trent and Hull), I’d wholeheartedly recommend The Showman Tour as a proper family Christmas treat. And if not, then pop it on your list to do next year – I hope they’ll be touring it again! Don’t be put off by bringing little ones along, I didn’t hear a tantrum from anyone in the audience, so I think the combination of music, animation and the sense of occasion works a treat in mesmerising all kinds of ages.

Disclaimer: we were offered press tickets in order to attend this event and write this review. All opinions and views remain my own, and as always, 100% honest.

City of Culture, Coventry, Coventry Cathedral, review, The Bear and the Piano, The Snowman
Share :