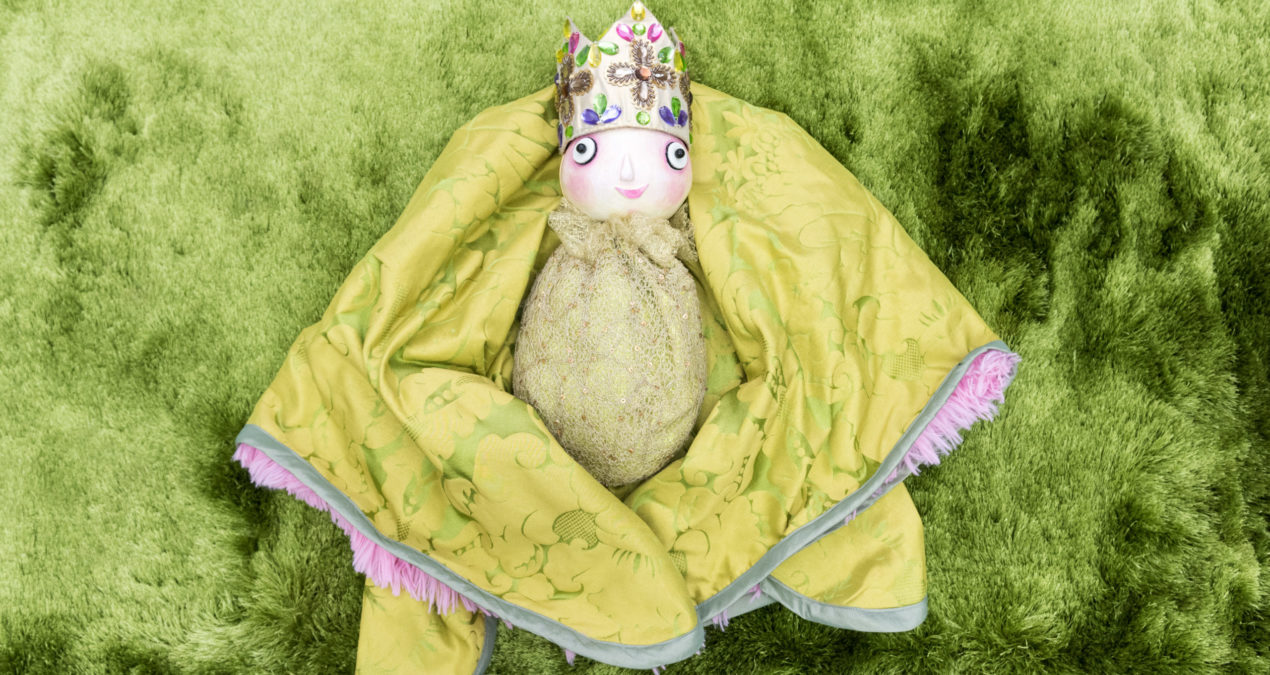 We had a VERY special beginning to the month as on Wednesday 1st February, Pickle and I were treated to a wonderful experience: his very first theatre visit. A friend from school (who you can find on Instagram: @justrosey56) won tickets to see Oily Cart‘s In a Pickle at Warwick Arts Centre and was kind enough to invite us to join her. I knew of Oily Cart’s work from my University days but hadn’t ever seen one of their performances before, so although I had an idea of what to expect, I had no idea how Pickle would take to it and what exactly would be involved.

I only need three words to sum up the afternoon: it was magical.

The performance is based upon Shakespeare’s The Winter’s Tale and begins with some of the friendliest sheep I’ve ever had the luxury of encountering inviting all the children (and their eager parents) to join in a sheep shearing party. After a whirlwind of sensory excitement, a lost baby is found and the adventure begins in returning the precious princess to her castle home. 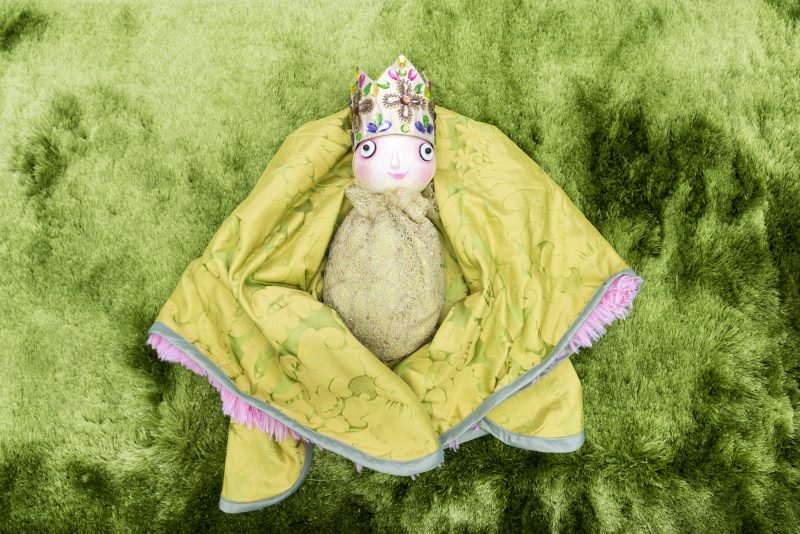 The show is designed with 3 – 5 year old children in mind, so I was somewhat apprehensive about taking my eight month old baby into it (and slightly fearful that I’d be told to leave!) but I needn’t have worried. Oily Cart know what they’re doing, and with so much to see, listen to, touch and smell, Pickle was enthralled the whole time. He even fulfilled all five senses by having a little chew on one of the carrot fishes too! There were a few other families there who had younger and older siblings encountering the show together so Pickle and his friend Rose weren’t the only babies in arms there and I was genuinely impressed with how they all behaved. I had armed myself with a few handheld snacks to be used as bribes to keep him quiet if needs be, but they remained in my bag the whole time. 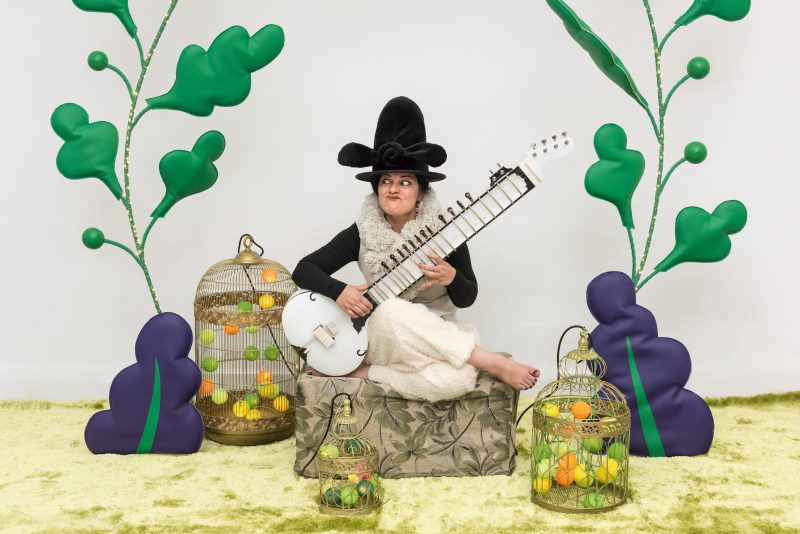 The music was incredible and I especially loved Sheema Mukherjee’s sitar playing. You can have a listen to some of the songs in the YouTube video below. Credit: Neal Houghton

Weirdly enough, this production was commissioned by the theatre I used to work for before having Pickle, the Royal Shakespeare Company, so it feels somewhat serendipitous that this particular production was his first theatrical experience. And WHAT a weird coincidence that it has Pickle in the title (‘in a pickle’ is actually a phrase coined by Shakespeare).

If you’d like to catch this production, the next leg of its tour is in Canterbury from 8-12 February 2017 before it excitingly heads over to America in April and May. 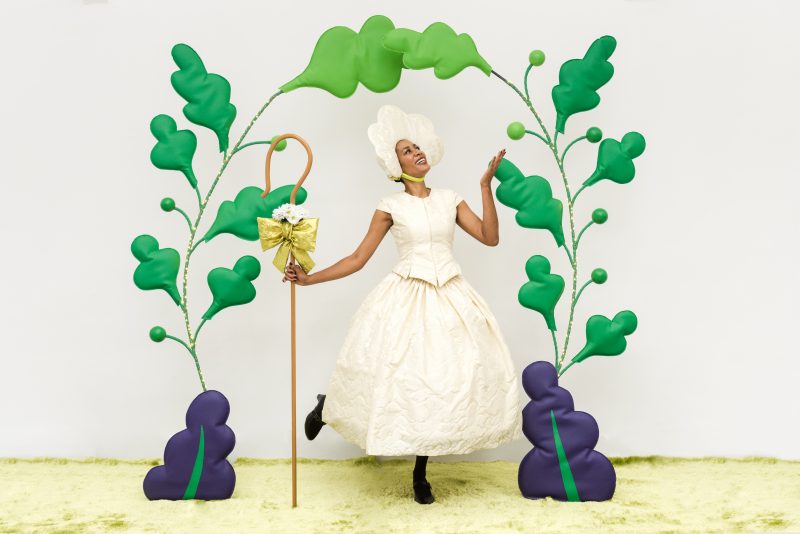 Katherine Vernez as the Shepherdess Barbara was probably my favourite! Credit: Neal Houghton

Whether you’re a seasoned theatre goer yourself, or you’ve never set foot in an auditorium before, I can’t recommend this show enough as a first encounter of culture for little ones. I’m already on the hunt for the next baby-friendly show to take Pickle to, and I can’t wait to continue what I hope will become a lifelong love of his. 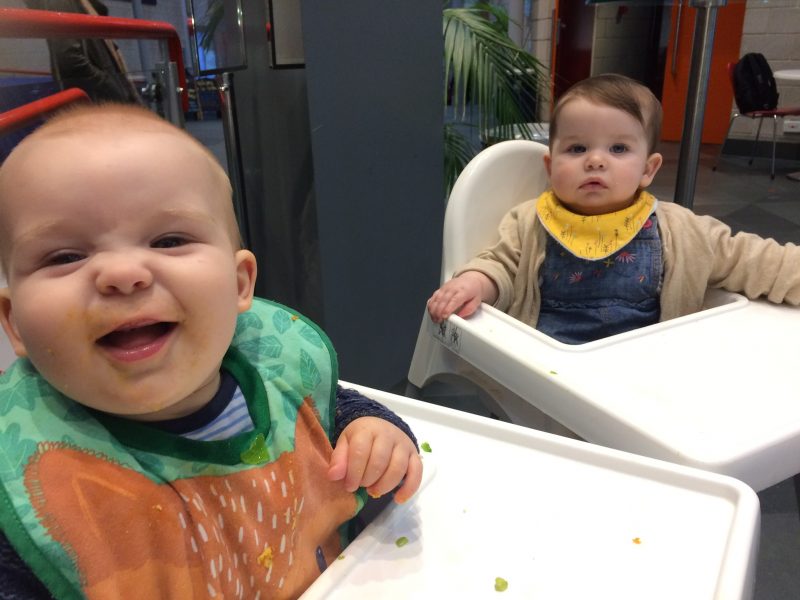 I think his cheeky, snack-smeared face just goes to show much he enjoyed himself! A lovely photo of Pickle with his new friend Rose after the show. 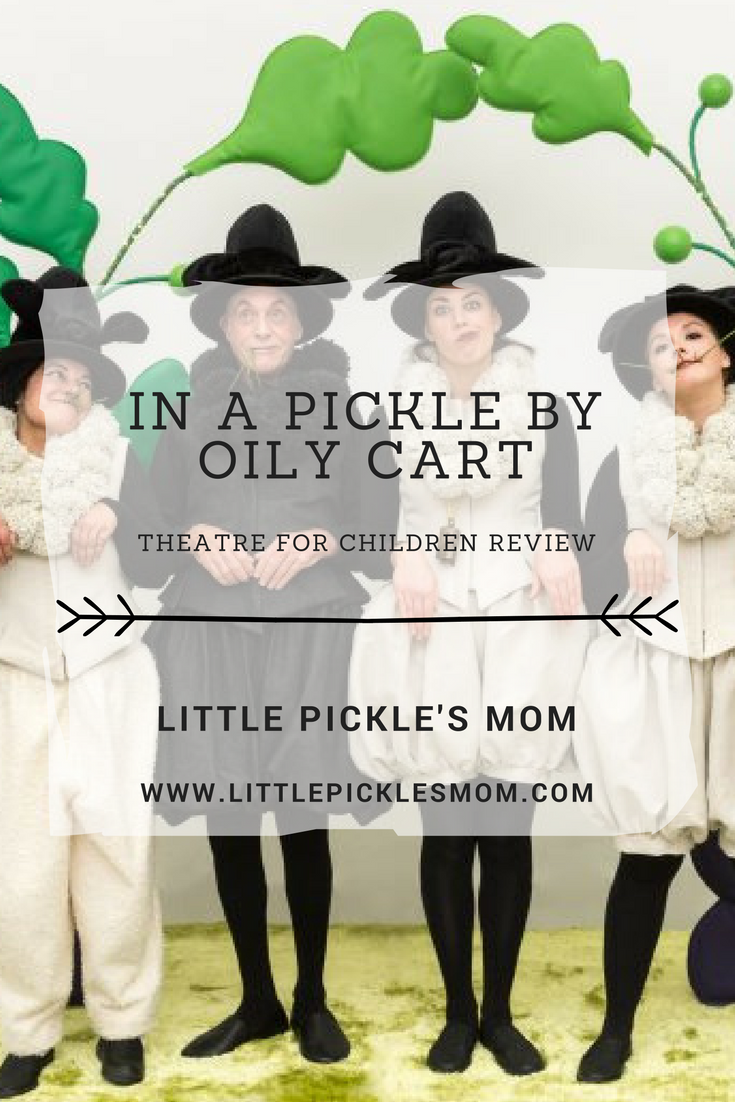 Sports Day, The Orangery and Bouncing on the Trampoline #LittleLoves

Christmas at the Botanical Gardens with #BrumBloggers

Lessons Learned from How to Train Your Dragon