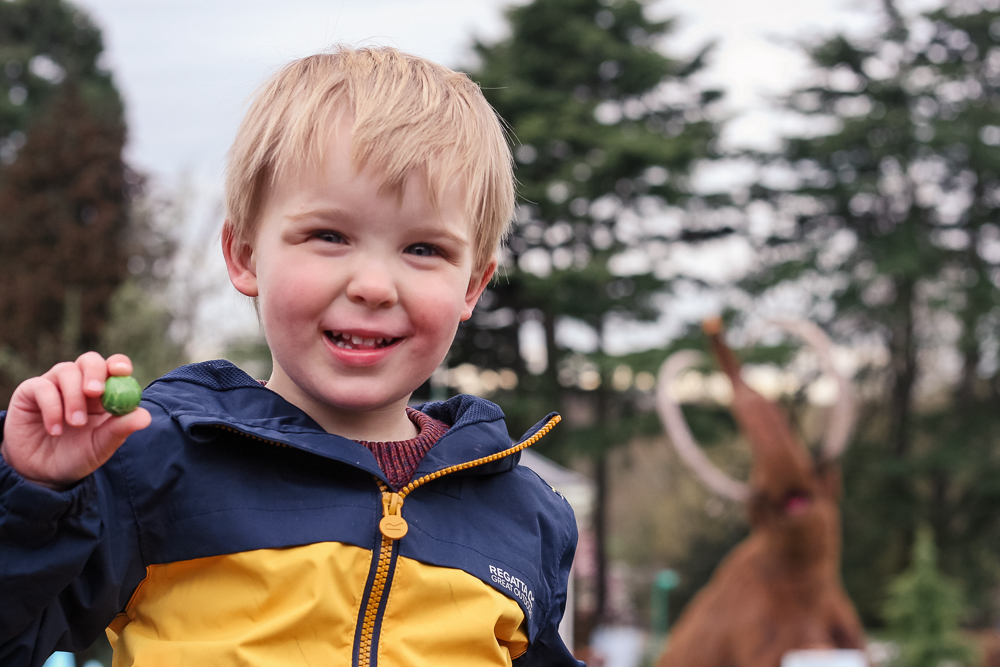 I’ve a lot of love for the Birmingham Botanical Gardens. It’s such a beautiful expanse in amidst our bustling city, offering lots for little ones to explore, a brilliant park area and so much gorgeous photography opportunities. This week, we ventured down with some friends to see the new Ice Age exhibition: a trail of over 40 installations of animated life-sized beasts, including a Sabre Tooth Tiger, Mastodon and the centre piece Woolly Mammoth.

I’d first heard about the Ice Age exhibition from a new friend at work. Our boys are both very similar in age and she had planned on going, sending me the details as she correctly guessed that it sounded up my street! A few days later, I had an email invitation to check out a preview of the attraction, and I knew just who would make for the perfect companions on our trip.

When we entered into the gardens, it was surprisingly noisy! It felt a little like walking into a prehistoric zoo, with roars, squawks and growls echoing around the place. At first, I saw a few weird ice-berg looking things scattered over the lawn, and then I began to see the animals…

They were incredibly impressive – it’s obvious a lot of work and attention has gone in to making these look as real as possible. With the frequent animated movement, the cacophony of sounds and the sight of fur rippling in the wind, the overall effect was really visceral.

To begin with, Pickle wasn’t sure. He clung to my leg and was terrified of going near any of the beasts, constantly asking if we were going home yet! Both boys seemed quite overwhelmed and I began to wonder whether we’d made a bit of a mistake. Were they perhaps a bit too young?

We quickly went in search of some smaller, real and less intimidating animals first and spent a bit of time hanging around the aviary, surrounded by peacocks and peahens. I knew the promise of swings at the playground would encourage Pickle to explore a little more, so we set off to try and find it. Last time I visited, it was for the Christmas Lights Trail so I felt a little lost in the light of day.

Getting Used to the Sounds

As we meandered around the gardens in hunt of the park, we came across lots of new animals. The ones scattered around are a bit smaller than the bigger beasts on the main lawn, which was a good way to get the boys a bit more used to them. Us Mums tried to show there was nothing to be scared of, but stroking them where we could! Not sure if that helped or not.

More than the animal’s appearance, I think it was the noise that scared the boys the most. Exploring the outskirts a little bit meant they could get a bit more acclimatised to the sounds without them feeling too loud or intrusive. Letting the play on the park was a really good idea – it settled them down, distracted them and they were much braver and more interested in the animals afterwards.

If you’re planning to visit, I’d highly recommend spending some time in the playground. Not only are there food vans set up (which smelled amazing), there are a couple of animals there too and the excitement of swings, slides and the sandpit really helped the boys get used to the sounds surrounding them.

One of my faourite parts of the Botanical Gardens, is spending some time on the top terrace, surveying the gorgeous gardens below – and with the added spectacle of the Ice Age creatures, it made for a very unique vista! Seeing as the boys were a bit happier when the animals were at a distance, we treated ourselves to a hot drink from the Pavillion and sat outside to admire the view. 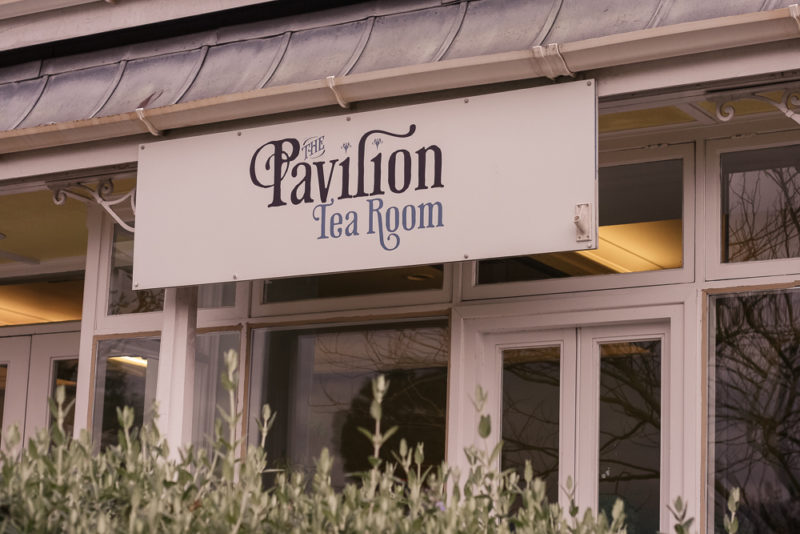 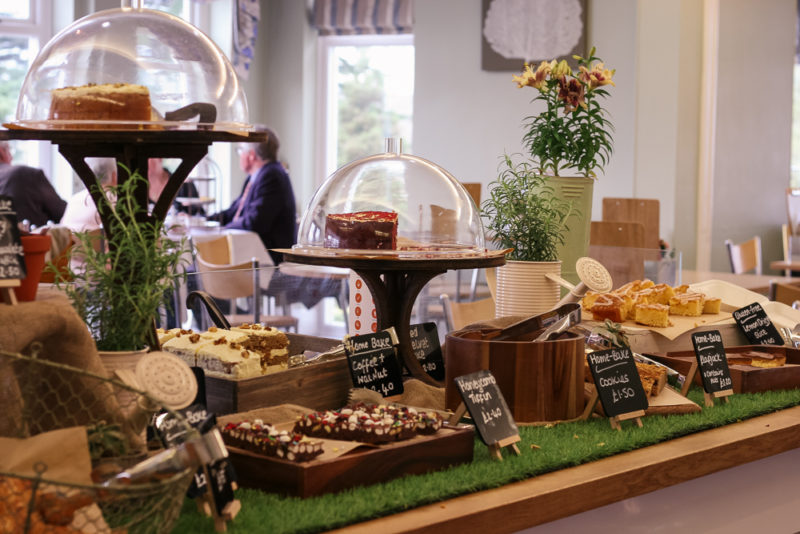 A big shout out to the wonderful woman that served us in the Tearooms – she expertly split a full sized hot chocolate into two smaller cups at the perfect temperature for the boys, and made their day with the added marshmallows.

I think the boys were perhaps a little too young to fully appreciate the experience, but seeing as their entrance is free anyway (all children two years old and younger have no charge), it’s definitely worth the gamble. We spent about two hours there, but we could have spent a lot longer if we’d have arrived earlier.

It’d be a great experience for younger school age children, and would make for a great school trip! If you’re wanting to go on an exciting but educational trip over the Easter holidays, this would definitely be a day out to remember.

The only thing I thought was perhaps a little odd was the entrance. It might have been that it wasn’t fully set up when we arrived as the attraction wasn’t open to the public yet. Hopefully now that it is open, the entrance will be a bit more of a spectacle.

Disclaimer: we were invited to attend the preview of Ice Age: The Lost Kingdom at the Birmingham Botanical Gardens free of charge in exchange for social media coverage. This blog post has been written of my own accord and all views, opinions and content is my own.

Top Tips for Attending a Wedding with a Toddler