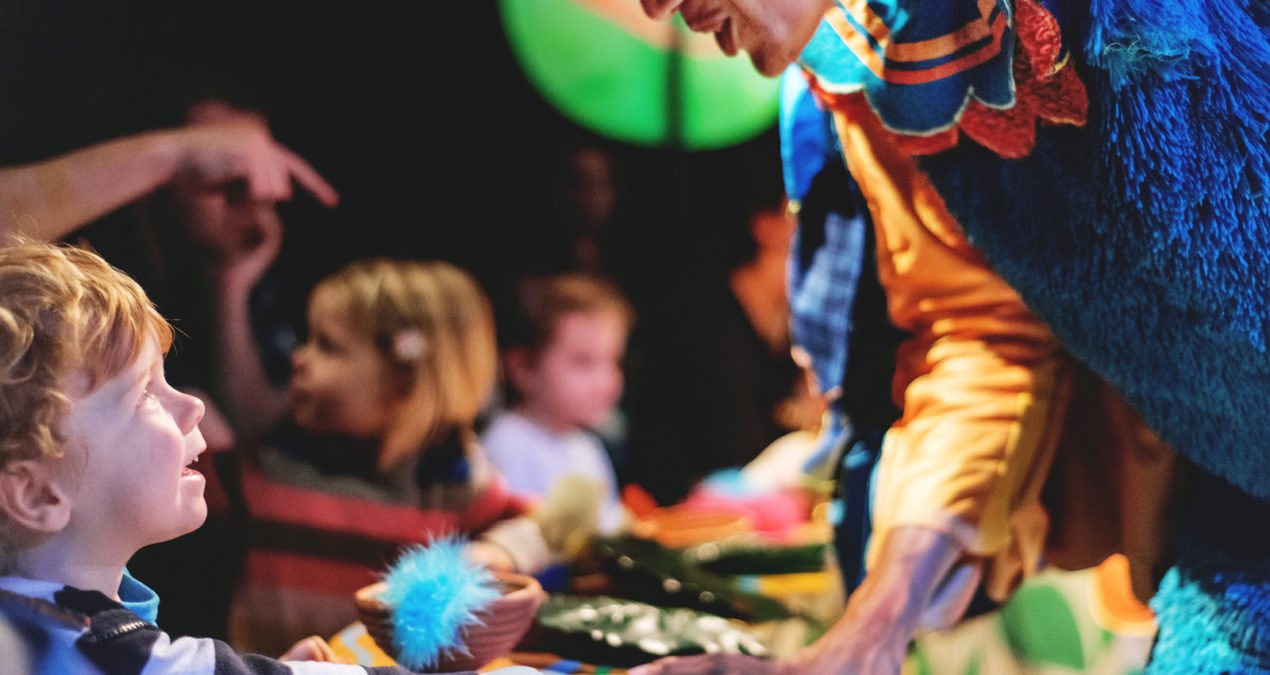 This time last year, Pickle had his first experience of theatre: In a Pickle by Oily Cart. It absolutely blew me (and him) away, and was the best possible introduction to children’s theatre I could have asked for. They set the standard bar really high! And although we’ve seen some pretty brilliant theatre together since, nothing has quite matched that first production for me.

It’s no surprise then, that I couldn’t think of a better way to spend my last day before going back to work than enjoying another Oily Cart theatre performance with Pickle, Hush-a-Bye. In fact, I delayed my start date by two days to make sure I wouldn’t miss it! I am delighted to say I was not disappointed. Not one bit. It was everything I was hoping it would be, and more. 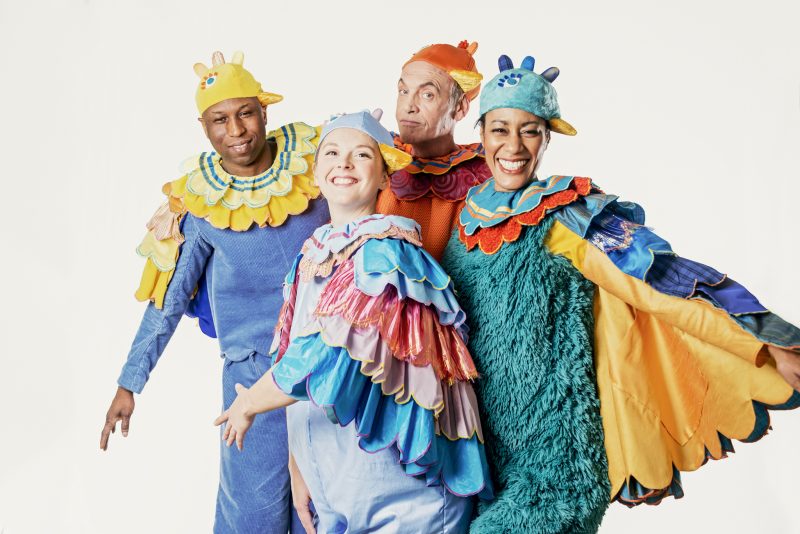 Nestle among branches and come touch, see, smell and meet the woodland neighbours in the
brand new, immersive and enchanting tree-top world of Hush-A-Bye.

Hush-A-Bye has three versions: a performance for babies and toddlers (6 months – 2 years), one for very young children (3 – 5 years) and a relaxed version for those aged 3 – 8 years. As Pickle is 20 months old, we went to the babies and toddler show, and this is what my review will focus on. I have no idea how different the shows aimed at different audiences are, but I can imagine there are some fundamental changes to each show to make sure it’s perfectly tailored to the target ages. 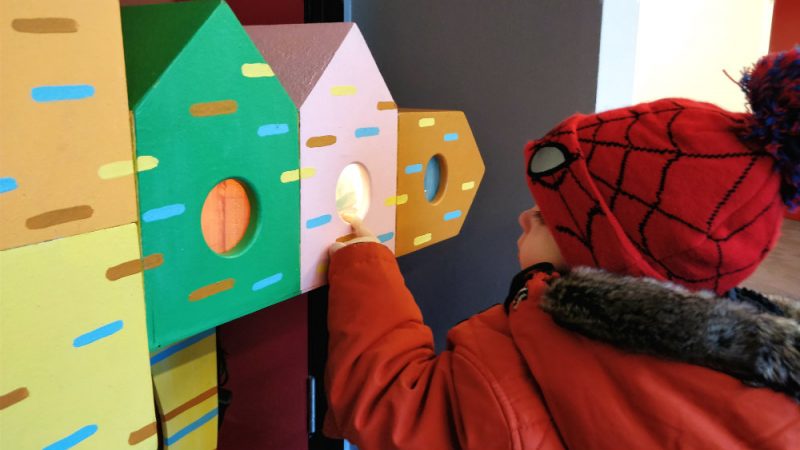 Wonderfully, we began entering the world of the performance even before it started. Scattered around Warwick Arts Centre, and lining the long corridor to the studio, were lots of beautiful bird boxes. It was lovely to point them out to Pickle as we walked along, and I was really impressed with his curiosity at wanting to see what was inside. He loves looking and finding things (his favourite thing to say, and the only proper phrase he can say, is: there it is!), so this was right up his street!

Upon entering the studio, I immediately knew we were in for a treat. In the middle of the studio was a carpeted oval, strewn with leaves, underneath a pretty canopy of clouds and leaves, whilst the most beautiful smells wafted around us and we were treated to the delicate sounds of the kora (an instrument a bit like a harp and lute hybrid). The children, and us parents, were welcomed in and invited to take a seat in little green floor seats atop the carpet, as part of the performance space rather than set apart from it – an important distinction. We were not there as observers. We were participants. We were part of that world. (Although… if any little ones weren’t feeling brave enough to be that immersed in the action, there were some benches set a little further back). 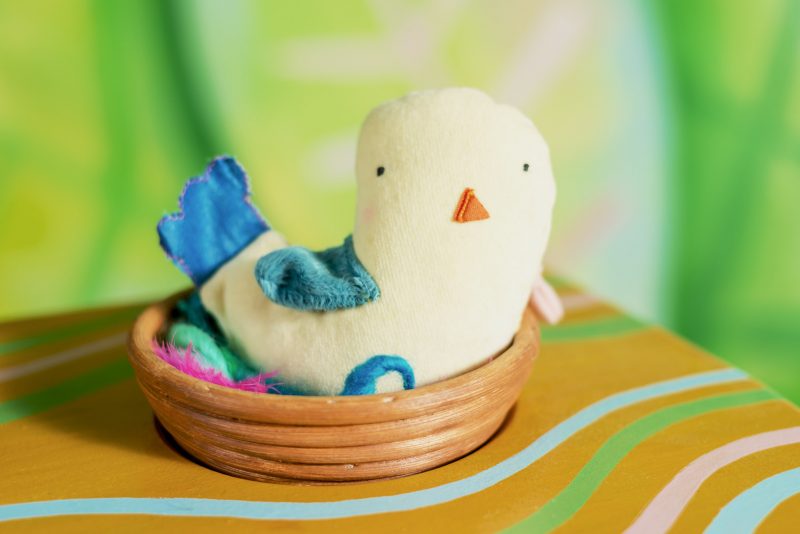 Each child was given their own little nest, cushioned with brightly coloured soft feathery things, which became the home of their very own chick. This would be a fantastic production to see if you’re looking to introduce the idea of a baby sibling to your little one, as they spent the performance being encouraged to be as nurturing, loving and kind to this little chick as possible. Over the course of thirty minutes, we fed our chick, sheltered it from the rain, dried it off, gave it kisses and put it to sleep with a little blanket. Very, very cute. 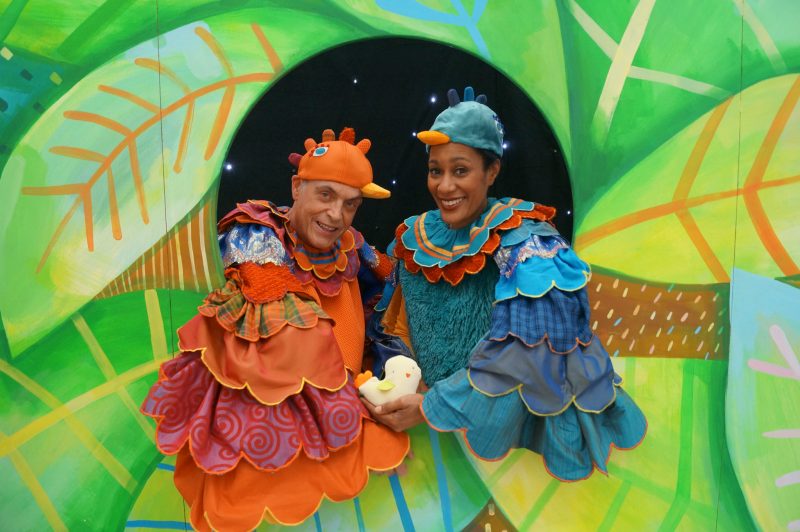 All of this was facilitated by the performers, familiar faces to me from last year’s In a Pickle, who were wonderfully engaging, managing to communicate and express themselves clearly without the need for words (much like a certain toddler I know!). They shepherded us through the performance, weaving their voices beautifully with the ethereal music (which I’ve been listening to all evening on Spotify – we even had it playing during Pickle’s bathtime before bed). I couldn’t keep my eyes off their costumes – brightly coloured, and beautifully made. Some serious sewing goals, right there!

In fact, everything about the show is crafted expertly. Not only are the costumes dazzling, but the set is too. Every element is carefully thought out with every prop blending in perfectly and the overall effect is of a picture book brought to life. 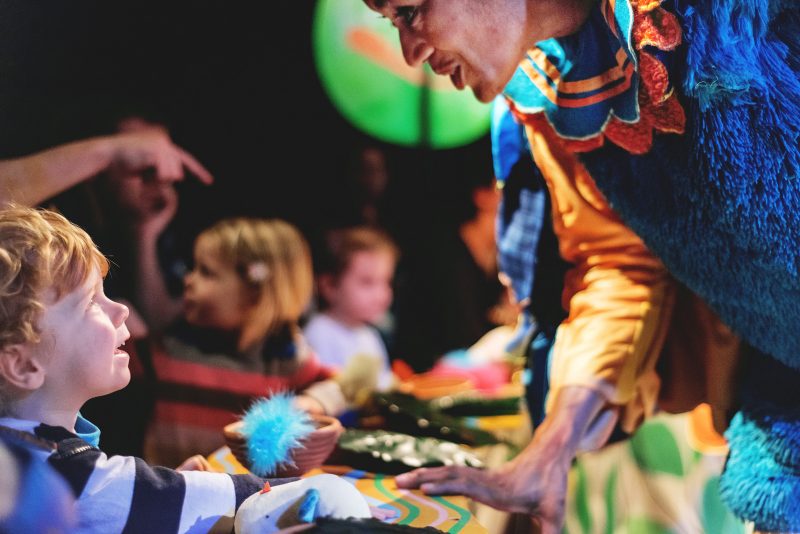 There is absolutely nothing I would criticise or anything I can offer as an improvement to this production. For me, Hush-a-Bye ticked all the boxes: a glorious example of how children’s theatre should always be. A delight for all of the senses – quite literally, and one I will treasure the memories of for a long time to come. There is only a limited availability left for the rest of the run at Warwick Arts Centre (until Sunday 11th February) before the show has a sold out run at Polka Theatre in Wimbledon. I, for one, will be eagerly awaiting news of whatever the next Oily Cart tour will be, and will be the first one poised to book tickets again – long may Oily Cart productions continue to be the theatrical highlight of the year for us. 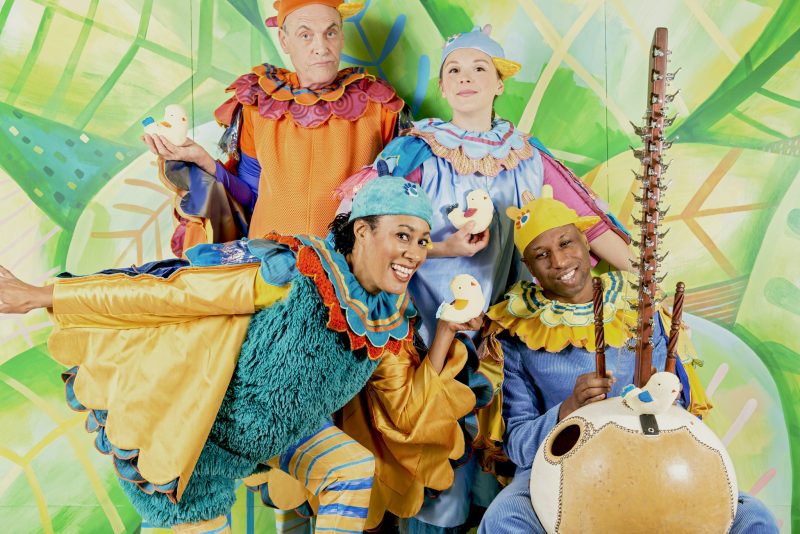 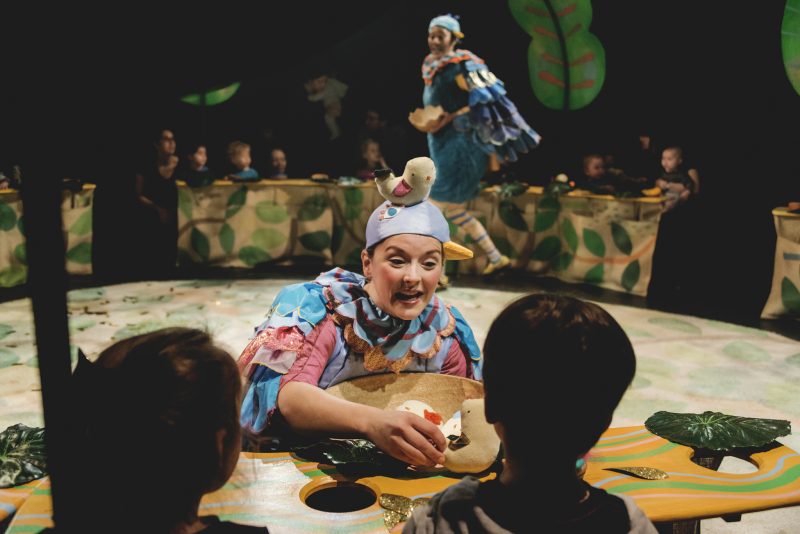 I’d love every family to go and see theatre together. I wish it was as normal to step inside a studio or auditorium as it is to pop to the cinema or order a pizza. But if you’re reading this as a parent who doesn’t have a clue where to begin, who is struggling to justify the expense and wonders whether it’s really worth it… I implore you to try an Oily Cart performance. Follow them on Twitter or Facebook, and book tickets for whenever they tour a production to a venue near you. Arrive with an open mind, leave the rest of the world outside the studio doors, and just soak it all in with your little one. Because I promise you, within five minutes of seeing the performance through the eyes of your child, you will be filled with wonder, joy and a little bit of magic. And if you’re anything like me, you’ll shed a happy tear or two as well. Thank you, Oily Cart. For another perfect performance.

Disclaimer: we were offered press tickets to attend this performance, but all opinions and views remain my own.

Combating the ‘Attention Economy’ with the Outdoors